Akshay Gopalakrishnan revisits a stunning coup from Sri Lanka’s peerless paceman, as he turned the clock back to over a decade ago by pulling off an inimitable feat for the second time.

Swing, dip, accuracy, and an anomalous action: Lasith Malinga arrived at the international arena, armed with these attributes, as a young and fearsomely quick fast bowler. Possessing an uncanny ability to hit the blockhole and rattle the stumps almost on demand, Malinga at his prime was a fielding captain’s dream, and a batsman’s nightmare.

These were the very attributes with which he shocked South Africa, with four wickets in four balls, to nearly consign them to a defeat nobody had seen coming, at the 2007 World Cup. It was a staggering achievement in the young career of a one-of-a-kind talent. Twelve years after that crowning achievement, Malinga stunned all observers when he did it all over again, this time against a different, but equally hapless, opponent in New Zealand.

Not only was it unreal because of the magnitude of the accomplishment, but also because this was a vastly different Malinga. This was not the 2007 monster, who exhaled flames. This was the Malinga of 2019, who was 36 years old, pot-bellied and on the wane, whose waist circumference was the subject of a running joke on social media. 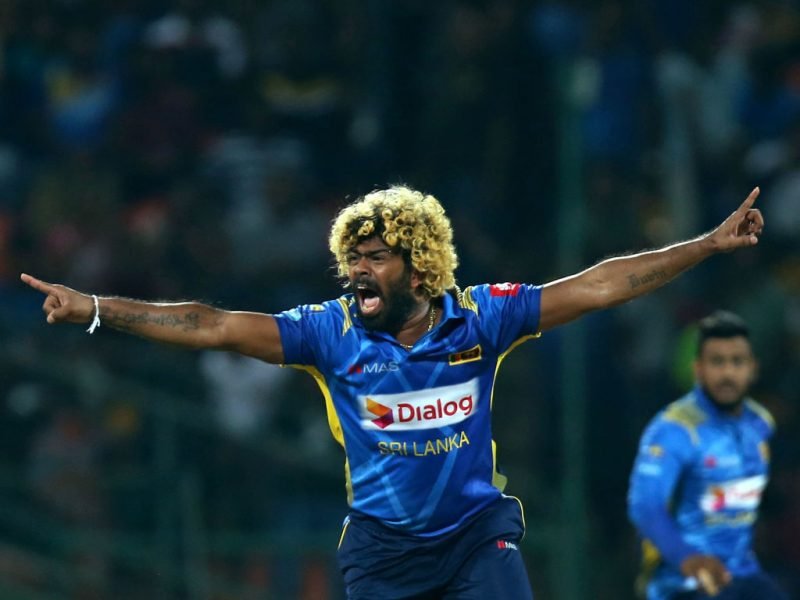 Lasith Malinga wheels away in celebration after claiming the hat-trick.

But in the span of four balls, Malinga made the world forget all about that, if only momentarily. Trailing 2-0 in a three-match series, hardly anyone had bet against Tim Southee’s men registering a clean sweep, after Sri Lanka had been restricted to 125-8. Their bowlers had hardly challenged New Zealand much in the series, allowing the visitors to comfortably chase down totals of 174 and 161 in the previous two games.

And then, on the third ball of the third over, it would all change. Malinga steamed in with an inswinger that snuck between Colin Munro’s bat and pad to clatter into the stumps and give Sri Lanka’s veteran his 100th T20I wicket. Next ball, he belted out a loud appeal against Hamish Rutherford, after rapping him on the pad with another inswinger, but had it turned down. Malinga immediately reviewed and replays showed the ball to be hitting leg stump. In true Malinga fashion, a late swinging yorker took out Colin de Grandhomme’s stumps, although the hat-trick would only be confirmed after the third umpire had been convinced that Malinga had landed his foot within the line by the barest of fractions. The fourth also arrived in trademark Malinga fashion, with a toe-crusher that struck Ross Taylor plumb in front.

The hat-trick ball was special, for the aesthetics of it all, as well as the drama that accompanied it. It’s almost a cliché, but few things are more charming in cricket than a fast bowler clattering the stumps of a batsman. And when it’s with an inch-perfect yorker, that’s doubly delightful. The de Grandhomme dismissal had all of those elements, plus the fact that it was Malinga doing all of it, which came with its own share of nostalgia. Sharp and searing in, swinging late, and taking out the base of middle and off. 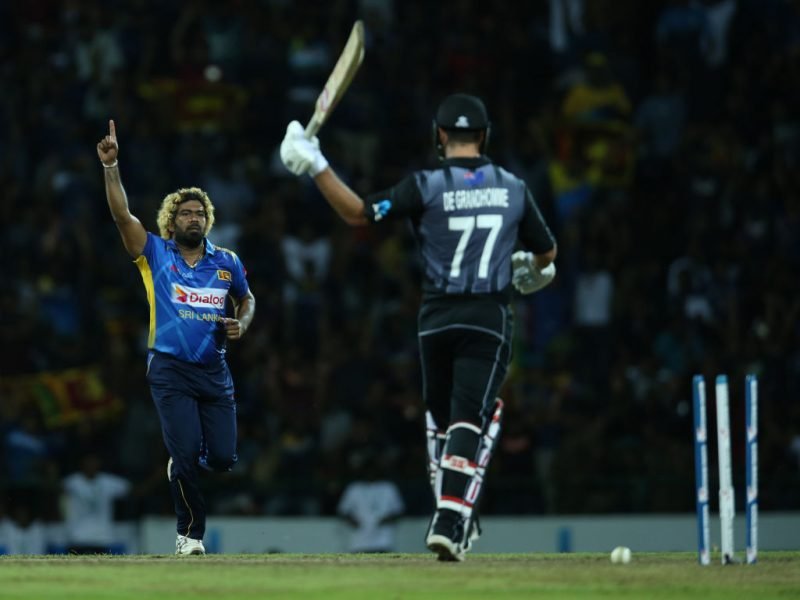 Colin de Grandhomme was greeted by a sight that is nothing unfamiliar to those who have faced Malinga.

And to think that that reality could have faded away in an instant, had the foot landed a millimetre outside, or if it had come down to the umpire’s discretion, with replays proving inconclusive. When all was said and done, it had seemed as though a fraction of the heel had landed behind the line. Malinga elatedly pointed at the number on his jersey – 99 – and for a few short moments, all was well with Sri Lankan cricket again.