Few fast bowlers have thrilled with such longevity in the way Dale Steyn has over the course of his career. Jo Harman profiles one of the cricketers of the decade.

Dale Steyn tells a story about first falling for cricket which gives a glimpse into why he’s been so successful. He was nine at the time, watching South Africa at the 1992 World Cup, and had been spellbound by the fielding of Jonty Rhodes.

“As a young kid who was hyper and had more energy than my border collie, I would repeat everything that Jonty was doing out in our backyard,” Steyn told Wisden Cricket Monthly in 2018.

So when Rhodes performed his iconic run-out of Inzamam-ul-Haq, sprinting from point to decimate all three stumps with his own body, Steyn went into his back garden in Phalaborwa and did exactly the same. Repeatedly. “I did it so many times that my parents had to take me to hospital to be examined because I had so much bruising across my chest.” 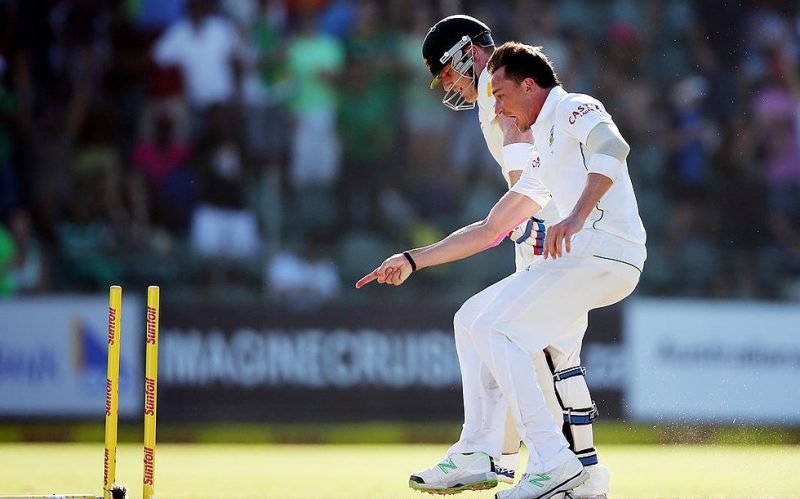 Steyn has played the game with the same unbridled enthusiasm, and maybe a touch of lunacy, ever since, running through brick walls for his country for the best part of two decades, just as he hurled himself through those stumps nearly 30 years ago.

Being a human battering ram eventually takes its toll and Steyn retired from Test cricket in August 2019, at the age of 36, after taking 439 wickets in 93 matches, his reputation as the greatest fast bowler of the modern era secured. Where he ranks among the all-time greats is open to debate but his strike rate of 42.3 is the best of any player in the history of the game to take 200 wickets – all the more impressive when you consider he was at his peak when genuine quicks appeared to be a dying breed.

With the emergence of Cummins, Bumrah, Rabada and more recently Archer, we are currently in the midst of a golden generation of fast bowling. Thirteen of the top 15 spots in the ICC’s Test rankings are occupied by seamers, and eight of those are in the fast to fast-medium bracket. Compare that to the start of this decade when only four of the top 15 could really be described as quicks and six were spinners.

Steyn was an outlier – rapid in all three formats, desperate to play every match he could – and a beacon for those wondering if being a Test match fast bowler was really still worth the pain and the effort. He entered the decade ranked as the No.1 Test bowler in the world and held on to that position for another four years. His unbroken stint of 263 weeks at the summit between 2008 and 2014 is a record that is never likely to be broken, and certainly not by a fast bowler. 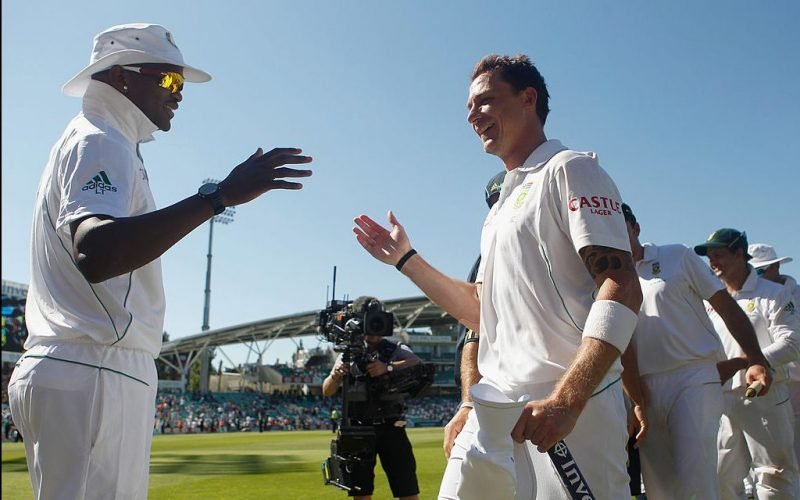 Steyn’s pace waned a little in the latter half of this decade as the injuries he had managed to avoid earlier in his career caught up with him, but he maintained his exceptional record. Among the 14 players to have taken 200 Test wickets since 2010, Steyn’s strike rate of 43.9 is the best by some distance, while his average of 22.29 is bettered only by his ex-teammate Vernon Philander.

Alongside Philander and Morné Morkel, Steyn spearheaded what Allan Donald described as the best pace attack South Africa has ever produced. The triumvirate were instrumental in the Proteas’ climb to the top of the Test rankings in 2012, Steyn’s 5-56 against England at The Oval setting the tone for a 2-0 series victory which clinched the mace. In the two years which followed, Steyn was arguably at his peak, taking 90 Test wickets at 18.49 across 2013 and 2014. While not always bowling with the electric pace of his youth, his mastery of swing and seam was one of the game’s great spectacles.

"As soon as the ball started to reverse, Dale was the king.”

“We all had our roles in that attack,” said Morkel. “Dale could swing the ball, Vernon [Philander] would get close to the stumps and get a bit of nibble, and I’d bowl with a bit of pace. As soon as the ball started to reverse, Dale was the king.”

Steyn was similarly devastating with the white ball, taking 145 ODI wickets in the decade while conceding runs at less than five an over, but the prize he really wanted eluded him. Forced to withdraw from this summer’s tournament due to a shoulder injury, his last World Cup contribution – in the 50-over format at least; he hopes to play in the 2020 T20 World Cup – was getting hit for six by Grant Elliott in that nail-biting semi-final at Eden Park. Lying flat on his back in the middle of the pitch and staring into the Auckland night sky, pondering how yet again South Africa had blown it in a World Cup semi-final, was a cruel way for Steyn to finish.

But it’s his feats in Test cricket for which he will be best remembered, and for the passion and skill with which he played the game. Tearing in relentlessly, eyes popping, veins bulging, stumps splattering. “Dale sort of goes from very angry to extremely angry,” said Graeme Smith in 2014 after he blew apart Australia’s middle order at Port Elizabeth. Off the pitch, though, there are few more laid back or popular figures in the game.

Five weeks into the new decade, Steyn produced arguably its greatest spell, taking 7-51, including a peach of an away-swinger to dismiss Sachin Tendulkar. All this on a pitch supposedly prepared to suit the spinners. He took three more in the second innings to complete a crushing victory – India’s only home innings-defeat of the decade – and cement his reputation as a fast bowler of exceptional skill and adaptability.

Throughout his career, Steyn’s performances in Asia set him apart from the rest. No non-Asian bowler has taken more than Steyn’s 92 wickets on the continent.