Taking performances in all three formats into account, Virat Kohli is the standout batsman his generation. The editor of the Wisden Almanack, Lawrence Booth, on one of the cricketers of the decade.

When Virat Kohli arrived in England for the summer of 2018, he bore the kind of burden that would have overwhelmed lesser mortals. On India’s previous visit, four years earlier, they had lost 3-1 and Kohli had averaged 13, maneuvered around the crease – this way and that, hither and thither – by James Anderson and the Dukes. The return leg, then, shaped up as a chance for redemption.

It very nearly didn’t happen. Having moved to 21 in his first innings of the series, at Edgbaston, Kohli fenced at Anderson in time-honoured fashion, apparently unable to resist the width on offer, only for Dawid Malan to grass the chance at second slip. The rest was history. Kohli went on to make 149 out of an Indian total of 274, and followed up with scores of 97 and 103 at Trent Bridge, then 46 and 58 at the Ageas Bowl.

India lost 4–1 – which didn’t remotely reflect the balance of power – but Kohli had ticked the last remaining box on his CV. Even with a first-ball duck in his final innings of the series, at The Oval, he totalled 593 runs – 459 more than he had managed four years earlier. He had now flourished in every conceivable set of conditions around the world. He had become the complete batsman. 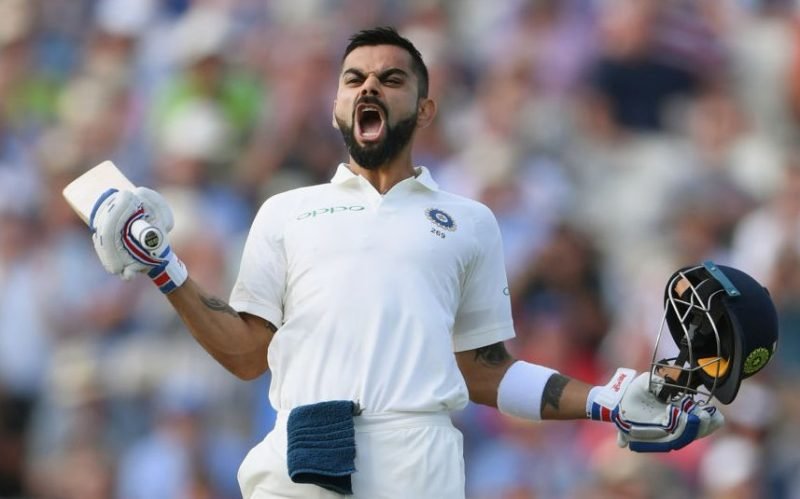 Virat Kohli celebrates after reaching 100 at Edgbaston in 2018

It seems hard to imagine now but, for a while, Kohli couldn’t quite crack Test cricket. By the time he had scored his first Test hundred, at Adelaide in January 2012, he had already made eight in one-day internationals, laying down an early marker for what has become a widely accepted truth: Kohli is the best white-ball batsman in the history of the game, especially when India are chasing.

Yet after that England series in 2014, his Test average dropped below 40, and his struggles against the red ball were interpreted in some quarters as a kind of cultural commentary on the state of Indian cricket, a game in thrall to the white ball and razzmatazz, to style above substance.

That reading, though, reckoned without the fundamental drive that informs Kohli’s cricket. In that respect, it’s hard to look beyond the early loss of his father, Prem. The 18-year-old Kohli was 40 not out at stumps on the second day of his fourth-class match for Delhi against Karnataka, when news reached him that Prem had died at the age of 54. After informing the Delhi coach that he wanted to carry on batting next day, “because for me not completing a cricket game is a sin”, he scored 90, helping his side avoid the follow-on.

The anger has never quite left him. Among contemporary cricketers, perhaps only David Warner celebrates his hundreds with the same look of outright fury, as if the world is against him, and he has just proved them all wrong. Critics are divided about what Kohli’s simmering rage denotes: passion or brattishness? Either way, there cannot have been many down the years who have worn their heart so engagingly on their sleeve. Cricket rarely feels more alive than when Kohli is batting, preferably in front of a delirious crowd in India. Like him, or find him mildly irritating, we all owe him a debt. 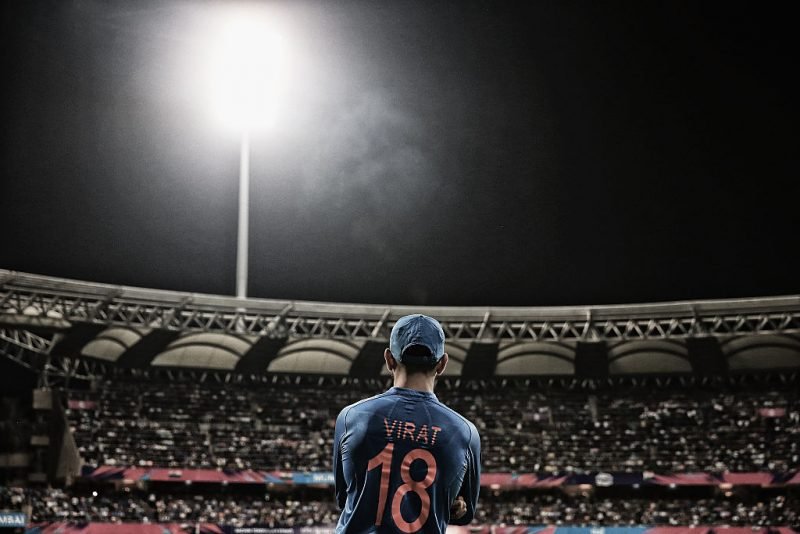 His genius has been to rise, time and again, to the challenge. Between the end of the England tour in 2014 and the second Test against Bangladesh at Kolkata in November, Kohli averaged 63, with 21 hundreds and 13 fifties. It left him with a unique set of statistics – the only batsman to average at least 50 in all three international formats. Even Steve Smith was moved to remark recently that there is no one quite like him.

In many ways, there isn’t. Since the retirement of Sachin Tendulkar and the gradual waning of MS Dhoni, no cricketer in the world has operated under such daily pressure as Kohli. His marriage to Bollywood star Anushka Sharma has turned up the heat to another level, and Kohli has told the story of a trip to Iceland, where they were enjoying some rare anonymity… only to be recognised by a delighted Indian family in a coffee shop.

Related Story: Can Virat Kohli overturn his form and catch up with Sachin Tendulkar’s records?

Yet, like all the greats, Kohli seems to thrive in the spotlight. He recently became the first player to score 20,000 international runs in a single decade, and appeared to relish every one of them.

Till date, Kohli has 70 international hundreds, which is remarkable enough. Almost as remarkable is his conversion rate: as well as those 70 hundreds, he has a further 101 scores of 50-plus. When Kohli is set, there is no budging him. Bowlers all round the world have come to know the feeling. It will be around for a while yet.

A lot has been talked of that chasing masterpiece in Hobart which perhaps was the first major statement of a great in the making. The second of the twin tons in Adelaide 2014 though, was the one that defined Kohli the leader.

Kohli walked into the game as skipper for the first time in whites after MS Dhoni had been sidelined with a thumb injury. Chasing Australia’s first innings declared total of 517-7, Kohli’s fluent 115, which came after a vicious Mitchell Johnson delivery had struck his helmet first ball, kept his team in the hunt.

Another challenge awaited India: a 364-run chase on a fifth-day wicket at the Adelaide Oval. Losing two wickets with little on board could have pushed many onto the defensive; not Kohli, who personifies intent. His 185-run association with Murali Vijay had put his team in command, but a stunning collapse in the final session resulted in a 48-run defeat. The skipper however had no regrets on the approach.

“We have come here to play positive cricket. No sort of negativity is welcome in this group,” he had said after the game.

The first seeds of Kohli’s India, that would become a dominating force in Test cricket five years later were sown on that afternoon in Adelaide. The baton had already been passed, even before he was to become a regular captain three weeks later.