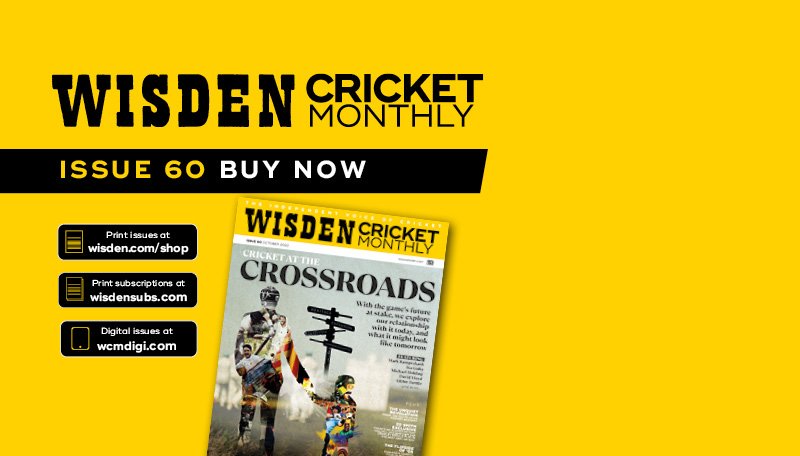 In the latest issue of Wisden Cricket Monthly, out September 15, we ask a selection of voices from within the game to explore their relationship with cricket, and to consider what it could look like tomorrow.

The latest issue of Wisden Cricket Monthly, out September 15: