From KL Rahul to the Universe Boss, we take a look at at the most regretted decisions in IPL history – the players which teams shouldn’t have let go.

Maxwell played a handful of games for Delhi Daredevils and Mumbai Indians in 2012 and 2013 before being roped in by Kings XI Punjab in 2014. Under his then Australia skipper George Bailey, Maxwell inspired KXIP to their most successful campaign yet, finishing with 552 runs at a mightily impressive strike-rate of 187.76 in the side’s run to the final.

His below-par returns since forced his exit from Kings XI, after which he hasn’t done much of note for the Delhi Capitals. That however, shouldn’t cloud his value as a fierce T20 player. He’s one of the only three batsmen to have scored three or more T20I hundreds and was inspirational, both with the bat and his leadership, during Melbourne Stars’ glorious run to the final in the 2019/20 edition of the BBL. He’s a definite asset for any T20 side.

For years, Royal Challengers Bangalore have been heavily reliant on their famed top order, and the void in the middle overs has often been their downfall. They had found the answer in 2016 though, when KL Rahul being shuffled in the batting order excelled in their run to the final. The keeper-batsman missed the whole of 2017 edition with injury however, and RCB let him go ahead of the 2018 auctions.

Which batsman do you think can break his record? pic.twitter.com/DHsMrB6oQC

A whopping deal worth 11 crore INR (about US$1.5 million) with the Kings XI Punjab might have raised a few eyebrows at the time, but his 1,252 runs at a 54.43 across 2018 and 2019 eliminated any doubts over his value. While all those runs might have come at the top of the order, his excellent adaptability for India in ODIs certainly speaks volumes of his all-round game. A costly miss for the RCB.

It might have escaped plenty that the best ever Test batsman since Bradman was roped in by RCB back in 2010 – the days when he was known as chubby leg-spinnning all-rounder who could bat a bit. The modern-day batting genius never got into the playing XI then and played a few games for the Pune Warriors India in later years, before establishing his credibility at the Rising Pune Supergiant and Rajasthan Royals.

RCB might never have needed his batting excellence, given their ever-present firepower at the top. But, if they had kept hold of him, how about this for your top four: Aaron Finch, Virat Kohli, Steve Smith, AB de Villiers. Let’s narrow it down further – imagine two batting geniuses in action on the same pitch, effortless leg-glances from one end, exquisite cover drives on the other.

Easily one of the most valuable T20 players ever, Andre Russell had a slow beginning to his IPL career when he was picked up by the Delhi Daredevils in 2012. He was a part of Kolkata Knight Riders victorious campaign in 2014, but found it tough to get into the staring XI, with Shakib Al Hasan and Ryan ten Doeschate at the peak of their powers. It was that same year however, that the Knight Riders got the first glimpse of the Russell muscle, as the Jamaican scored a whirlwind 25-ball 58 to down the Chennai Super Kings in a Champions League T20 fixture. 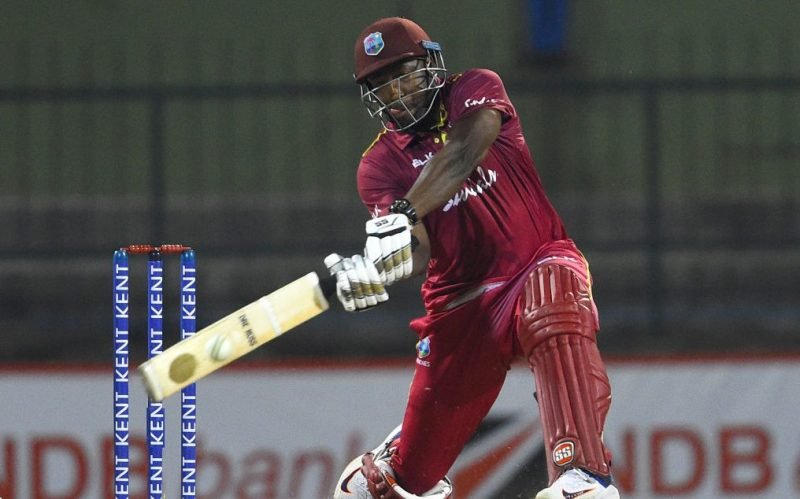 Since then the bowlers have continued to face the heat at death, with Russell scripting many of KKR’s most famous wins. Only twice has someone been named as the Player of the Tournament without his team making it to the final four. Andre Russell was the man on both occasions. Delhi have struggled with their lower middle-order in recent times. Who else would have bridged the gap better than Dre Russ?

Mr.360 had shown some early sparks of brilliance for Delhi in 2009, aggregating 465 runs at 51.67, including the season’s fastest hundred as they finished top of the points table. But two years later, he found himself in RCB colours. He scored an unbeaten fifty to get his side over the line in his first outing and hasn’t looked back. 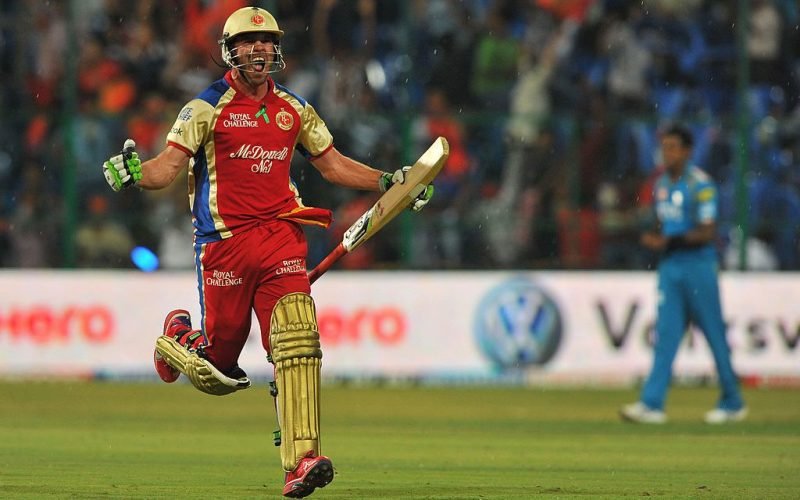 The one-of-a-kind South African has established himself as one of the most destructive batsmen in the world. De Villiers and Kohli have been perhaps the most lethal partnerships in IPL history, and have combined for two of the three 200-run partnerships the tournament has witnessed. Even when Kohli isn’t around, de Villiers often has the firepower to see his side over the line single-handedly.

Who’s the most consistent batsman in IPL history? You’ll be forgiven if you respond with Virat Kohli, Suresh Raina or Chris Gayle, for it’s a debate with wide-ranging opinions. But think of this: 4,706 runs at 43.17, a strike-rate of 142.39 and 48 scores of over 50, the most for anyone. David Warner has been an epitome of consistency in the competition. Add to that a title win as captain, and Warner is one of the IPL’s most prized possessions.

Warner has carried his team's batting like no player before or since, with 3,271 runs at 55.44

The left-hander, signed by Delhi in 2009, formed a lethal opening pair with Virender Sehwag, someone he credits for his excellence in red-ball cricket. Both were released in 2014. The result? Warner has carried Sunrisers Hyderabad’s batting like no player before or since, with 3,271 runs at 55.44. Staggering!

Not even the Universe Boss himself could hold onto his first IPL deal. It might be a self-proclaimed title, but he’s justified with his on-field exploits. Before 2010, Chris Gayle was already a T20 superstar, having registered the only hundred in T20Is until then.

At KKR though, he couldn’t demonstrate his power, and was released after the 2010 season. Surprisingly, he went unsold in 2011. Then came the moment.

🗣 @fwildecricket “The hundreds he’s scored, the runs he’s scored, where he’s done it, who’s he done it against. Gayle is the greatest.”

🗣 @lukewright204 “You sit in absolute awe when you watch the ball go as far as it does when you’re watching Gayle.”https://t.co/UDoztUnAU1

RCB had endured a poor run at the start of 2011, with three losses and a washout from their first five games. It was at this point when Chris Gayle flew in from afar as a replacement for the injured Dirk Nannes, and made an instant impact. First in sight were the Knight Riders, who were at the receiving end of the Gayle-storm in their own backyard, as the dasher scored a sizzling 55-ball 102. That form carried right through, as RCB won seven on the trot before going down to Chennai Super Kings in the final.

Gayle went on to become one of RCB’s most valuable players, forming a lethal trio with Kohli and De Villers to make for perhaps the most destructive top-order in IPL history. RCB did let him go in 2018 and were at the receiving end of one of his many classics in Mohali last year, where he finished unbeaten on 99. Will we see more of that in 2020? We can’t wait to find out.