Benny Howell, Ed Pollock and Alex Blake speak to Taha Hashim about watching The Hundred draft unfold, with all three landing deals to play in next year’s tournament.

It was a peculiar sight watching international superstars milling around Sky Studios last month at The Hundred draft. Most of those shipped in were England’s finest, with the likes of Ben Stokes, Jofra Archer and Jos Buttler all already allocated to their new teams, there simply to add some glamour to the occasion. Andre Russell, Ravi Bopara and Sam Billings were also present, and watched on as they cashed in. But what about those watching at home? While the ECB might have been targeting a new audience, a host of county cricketers across the country were glued to their television screens, hoping for a chance at the big-time.

“I was at home with Mum and Dad, watching it on TV,” says Ed Pollock, the 24-year-old Warwickshire batsman. “I was never going to avoid it and pretend like it wasn’t happening.”

Benny Howell, the 31-year-old Gloucestershire all-rounder, wasn’t going to ditch his Sunday ritual of watching the NFL, but it was definitely going to be an evening for two screens. 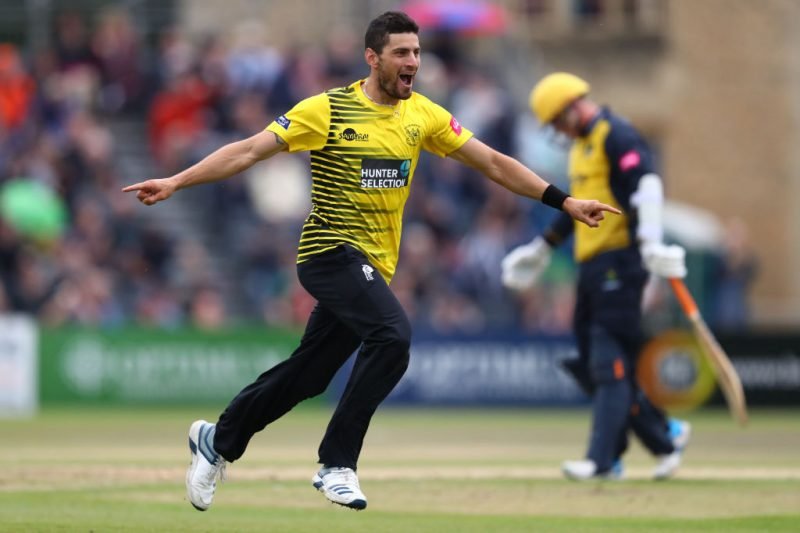 Howell averages 19.20 with the ball in T20 cricket

For Alex Blake the situation was slightly more difficult, with the 30-year-old Kent batsman enjoying a post-season break in Bali. Once he managed to find a way of following proceedings in his hotel room, alongside two close friends, “it was just a case of staying up till 3am to watch it”.

All three were rewarded. Howell landed a £75,000 contract at Birmingham Phoenix, Blake was drafted by Oval Invincibles for £50,000 and Pollock snuck through in the last round, pocketing £30,000 with a gig at Manchester Originals. All three entered the draft with slightly different expectations.

Howell, whose wide repertoire of slower balls have consistently made batsmen look foolish over the last few seasons, was reasonably confident before the event. “Realistically, I was hoping to get picked up pretty high because of my record in the T20 Blast over the last two years. I was pretty confident I was going to get picked up but it was just depending where at.”

For Blake, one of the most destructive finishers in the county game, there was more cause for concern. “I was talking about it to my friends a couple of weeks before, and I seemed to get more nervous as it got towards the draft. As it started, I was having a few doubts… I was confident at points, but the longer it went on the more worried I got.” 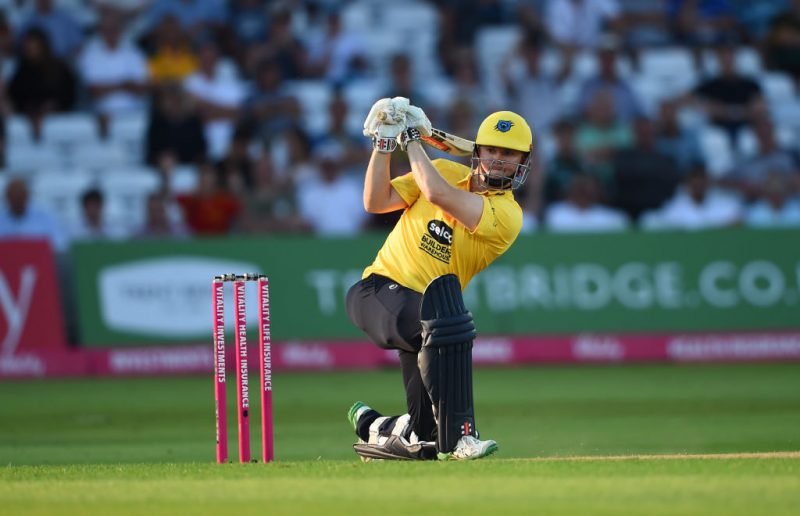 Pollock has yet to play a first-class match for Warwickshire

Pollock, a dashing opener, was aware that his impressive T20 strike rate (174.93) could attract a few suitors; in fact, he was buoyed by his selection in a mock draft held for journalists a few days prior to the main draft (it was the wisden.com team that forked out the cash for him). But a disappointing season – he averaged 21.50 from six innings in this year’s Blast, with over half of his runs coming in one knock of 77 against Durham – could potentially have counted against him. “There were plenty of reasons I could get picked and plenty of reasons I couldn’t.”

It’s odd to hear these men talk in less than certain terms, particularly when their success in T20 cricket has been based on a no-holds-barred approach. Pollock is a left-hander who tees off at the top, while Blake is a fearsome six-hitter. But with such few slots to fill and hundreds of cricketers trying their luck, it’s understandable.

Even Howell, whose summer ended in mid-August due to a hamstring injury, held fears that his absence late in the season might make him a forgotten man. “Naturally, whether it’s right or wrong, people do look at recent form and recent events that stick at the front of their mind. So, if there’s a player that’s a similar sort of standard to another player, and one player’s played at Finals Day, that guy’s going to be sought after. There was a bit of a worry.”

In the end, they all finished the night as richer men. And while financial gain is a satisfying prospect, all three acknowledge that this is about more than the money. In fact, none of them went into the draft with a reserve price, and while Howell and Blake pocketed well above the lowest price of £30,000, they would have been more than satisfied to come in as last-round picks. 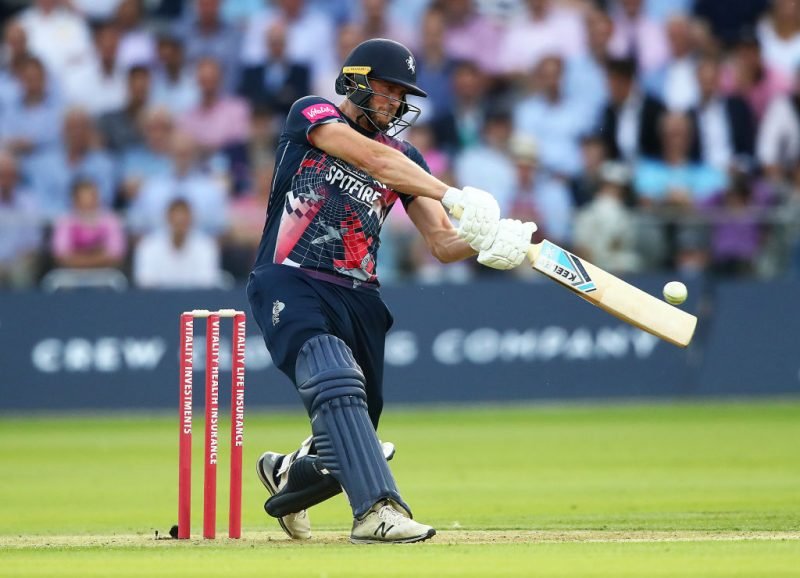 It feels different talking to the two elder cricketers, both in their thirties and aware they’re involved in something significant. “Isn’t it the first ever draft in British sport?” Howell asks. “I think it’s massive.”

With Blake in particular, this is the chance he’s been avidly waiting for. “I’ve always looked at these franchise tournaments and been desperate to get into them,” he says.

“With these emails I’m getting, the messages and publicity, it does feel a little bit life-changing"

“The next morning [after the draft], I woke up and there were so many posts on social media. Seeing the Invincibles Instagram page with me on it with some of the names in that side that I’ll be playing with – it still hasn’t really sunk in.

“I keep getting emails from the ECB with my contract and the stipulations that come from it and all the representation you’ve got to do and the appearances that go with it.

“With these emails I’m getting, the messages and publicity, it does feel a little bit life-changing, I guess. Obviously, the money that goes with it is a pretty fair amount – for me. Maybe not for the superstars around the world who are used to picking up this sort of money, but for me it’s the first time I’ve got anything like that.”

Pollock, the youngest of the three, who’s grown up on a diet of white-ball cricket, takes it more in his stride. “I think the opportunity is exciting. A week before, I looked at the different teams and thought, ‘If I get the chance to play in the same team as Jos Buttler, I’m going to learn a lot there’ – just to see how he goes about his game and hear him talk about it. I wouldn’t say it’s life-changing, but it’s another step forward.”

There will be many players who look at the opportunity granted to the trio and feel a level of envy. In the latest issue of Wisden Cricket Monthly, the magazine’s secret county cricketer wrote: “There’s a definite danger that bitterness and resentment among certain players will creep in… For any player who’s not in it, whether you’re bitter about it or philosophical, you’re still missing out on extra cash, which for a professional cricketer with a short shelf life in the game is what it’s all about. And if you’re not careful that can eat away at you.”

“There’ll be disappointed players around the county circuit,” Blake says. “I did see a few tweets from some players who were obviously a little gutted they weren’t picked. It just makes it a bit more of a privilege for me to have gotten picked up. I don’t actually know how it will sit on the county circuit. I haven’t been home yet, so I haven’t seen the Kent members or players to see how they feel about it. From the messages I got, they all seem supportive, to myself, Zak [Crawley], Bilbo [Sam Billings], Joe [Denly] – they’ve wished us all the best.

“We’ll see when it comes to the actual season, when those players do go off to their franchises – we don’t know how people will react to that.”

For now, the three cricketers can simply revel in the opportunity they’ve been handed. Blake has already outlined plans to spend his winter getting ready for Mitchell Starc’s toe-crushing yorkers. The big names will arrive, and this tournament will create some more, too.