You can keep your carrying your bat and your miserly 10-over spells, what the World Cup is really all about is that bloke who for five minutes plays like he’s Bradman reincarnate. We present some of the top performances that do justice to the term ‘short and sharp’.

It takes an inspired man to upstage Viv Richards, but at Lord’s in midsummer 1979, as the second World Cup final reached boiling point, a hat-less, bottom-handed hitter from Barbados did just that. Collis King would flicker only briefly, but this was his day. Joining Richards after England had reduced the West Indies to 99-4, he immediately loosened the noose with a couple of bunts through mid-wicket, before turning to Geoff Boycott’s ‘right- arm-round-the-wicket-in-my-bloody-cap’ medium-pacers. Seizing the match for his side, King blazed to 86 from 66 balls, “in no uncertain terms” according to Viv, and when Richards scooped the last ball of the innings into the Mound Stand, the West Indies had enough to secure a second World Cup victory.

From Collis King to the king of Spain, @Phil_Wisden and @Vitu_E pick out 10 less-remembered masterworks. First published in 2014.https://t.co/Jo5HcXQvIG

It looked like a Windies cakewalk. Lord’s again, where the boys from the Caribbean had won the last two finals, and with India having just limped to 183 all out. Greenidge, Haynes, Lloyd, Richards, the rest. No drama. But they were complacent. After all, this was quaint, unthreatening India. Early wickets were lost to casual shots, and even Viv was constricted by India’s medium-pacers. Eventually a short delivery from the moustachioed smiler Madan Lal saw Richards spoon a catch over mid-wicket’s head. There lurked Kapil Dev, India’s skipper and star. It was a horrible steepler, swirling and spinning out of the sky. It finally dropped 10 yards in from the boundary, over Kapil’s shoulder and into his outstretched buckets. Richards was gone, and Kapil had claimed the catch that would change history. An indifferent nation was roused, and cricket has never been the same since.

It’s often the fate of the cameo specialist that he gets forgotten, as Mike Veletta’s trophy-clinching walk-on part in the 1987 final shows. The stories of that Ashes-redux thrash – David Boon’s 75, Steve Waugh’s second-last over, Mike Gatting’s infamous reverse-sweep – are the stuff of legend, but it was Veletta’s impudent yet largely overlooked 45 not out from 31 balls in the closing overs which made Australia’s seven-run victory possible. Waugh described it later as “a gem of a cameo”, but aside from that byline the innings has sunk without trace. Veletta says he is happy with his place, but his role in elevating an unfancied Aussie side to their maiden world title – with all that flowed thereafter – should not be underestimated. 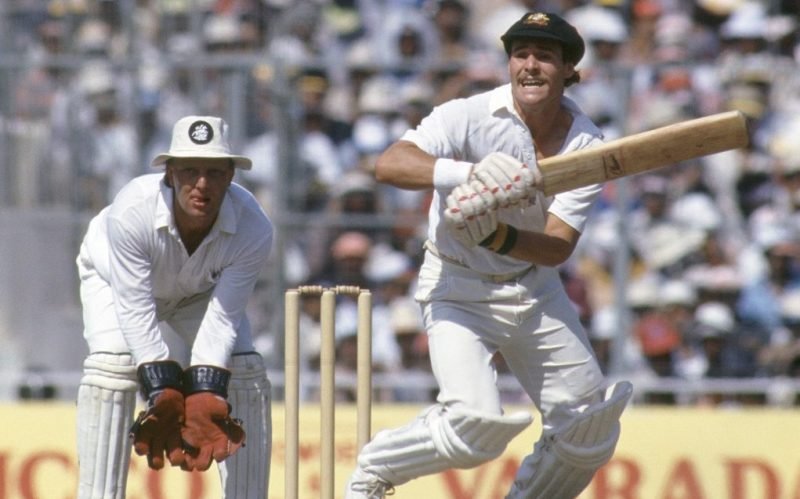 A three-wicket burst from Sri Lanka’s occasional left-arm spinner Sanath Jayasuriya had already pushed India to the edge in the 1996 semi-final, but his intervention sparked a cameo of an altogether darker kind. Faced with a scorecard reading 120-8 in search of a distant 251, Eden Gardens’ fans went postal, raiding the pitch, tearing up seats and setting ablaze stray newspapers. It halted the match, sending the players running for cover. It only lasted a few minutes, but the ground was a sprawl of debris, and Clive Lloyd, the ICC referee, was forced to abandon the contest and award Sri Lanka the match by default.

In 1996, Chris Harris nailed Australia for 130 in the World Cup quarter-final. Three years later in England he was up against the chirping canaries again, except this time indirectly. With both teams drawn in the same group, Australia had adopted the ‘go-slow’ against the West Indies, taking 40 overs over 110 runs in an effort to block New Zealand’s progress to the next round. In response a furious Kiwi pack had to demolish Scotland to lift their run-rate up above the Windies. Scotland grafted through the best part of 40 overs, and New Zealand knew that the match was slipping away until Harris stepped in with his odd mix of cutters, sliders, loopers and arm balls, all off the wrong foot of course, to destroy the tail. His four wickets in three overs meant the Kiwis had to chase 122 in 21.2 overs or less, and they did it with three overs in hand.

It’s the soon-to-be-infamous ’99 semi-final at Edgbaston, and South Africa are choking badly in their pursuit of Australia’s 213. Enter Lance ‘Zulu’ Klusener, the king of the murderous cameo. He single-handedly rescues the chase, muscling 23 from 12 balls to reduce the target to nine from the final six balls. Damien Fleming’s first two deliveries are mullered through the covers – no one moves – to bring the scores level. The third ball is a blockhole ball. One run from three balls. Fleming again hits the yorker length. Klusener squeezes it out and legs it to the non- striker’s end, but Allan Donald remains rooted in his crease, gripped by fear. He’s nowhere as Australia go collectively berserk to break the stumps at the keeper’s end. It’s Australia’s match, South Africa’s heartbreak, and for Zulu, a case of greatness grassed.

England had already gone through hell in the build-up to their Australia showdown at Port Elizabeth. With sores still seeping after the rumpus that followed England’s refusal to play in Zimbabwe on moral grounds – a stand that cruelly cost them World Cup points – Nasser Hussain’s bruised battalion began with furious intent in a match they had to win. But Andy Bichel had other ideas, and the fast bowler decimated England’s middle-order to bundle them out for 204. England came roaring back with the ball, first reducing Australia to 48-4 and then 135-8 before Bichel joined Michael Bevan with 12 overs left. But the force was with Bichel, and suddenly the target had fallen to 14 from two overs. Jimmy Anderson was brought back. His first ball was a slower one that Bichel sized up, dropping down on one knee to clump it into the bleachers. The game was up. England’s harrowing experience in Africa had hit rock bottom. If nothing else, at least they could get the hell out of Dodge. 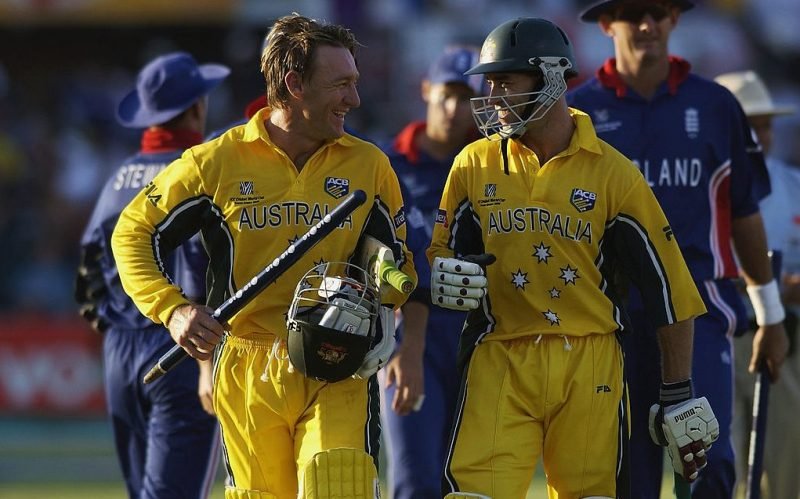 Ireland’s first greatest cricketing moment came against Pakistan on St Patrick’s Day in 2007, when the O’Brien boys saw their country home by the width of a pressed shamrock. It began with Niall crafting a superb innings as wickets tumbled all around him, but when he went for 72, Ireland slid to 113-7 with 20 still needed. A few agricultural mows from big brother Kevin turned the match again, and with the Blarney Army now well past hysteria, one towering six from their fair dinkum skipper Trent Johnston finished it. Three great cameos, one great victory.

Wisden on the first Ireland–Pakistan match, in 2007: “Pakistan crashed out at the earliest possible moment, probably the greatest upset in World Cup history. And Ireland’s part-timers, cheered on by at least a thousand astonished supporters, did it on St Patrick’s Day, too.”

The 2007 World Cup was to England fans what Stalin was to humanitarianism. From the disenfranchised locals to Fred’s pedalo, the whole thing seemed designed to make the Barmy Army weep. There was one glorious exception: the Super Eights dust-up with Sri Lanka, specifically the 87-run partnership between Ravi Bopara (52) and Paul Nixon (42). After their top-order had subsided to 133-6 chasing 236, the pair tore up the textbook in a flurry of paddles and reverse-sweeps to drag England back into contention before Nixon fell to leave Ravi to find 12 runs off the final over, and ultimately three off the last delivery. It wasn’t to be, an aborted run-up followed by a sucker ball on off-stump put paid to the fightback, but it was cracking drama in a campaign otherwise painfully devoid of it.

1) Malinga’s four of a kind

☝️☝️☝️☝️ #OnThisDay at the 2007 Men’s Cricket World Cup, Lasith Malinga did something remarkable.

And last September, the genius did it again 🤯 pic.twitter.com/07UtC4PizF

Another stunning spurt, this time from the jazziest slinger in town, Lasith Malinga [pictured above]. This group match had reached the stage when most neutrals had gone to the pub – South Africa were coasting, five wickets left, five needed from five overs. Game over. But Malinga suddenly found something. His first wicket was an unplayable slower ball that still registered 135 kph; his second was even slower and brought a looped catch; Kallis was the hat-trick ball, caught behind off a yorker, and when Ntini went to the fourth to make it four wickets in four balls, South Africa still needed three runs. The final ball of the 46th over missed the stumps by a whisker, and when he returned for the 48th, another bullet arrowed narrowly past the off pole. Eventually a squeezed edge past slip brought South Africa the winning runs, but Malinga had come within a fibre of completing the greatest of all World Cup smash-and-grabs.