On this day 13 years ago, minnows Ireland sent shock waves through the cricket world as they upset Pakistan in the 2007 World Cup. Akshay Gopalakrishnan looks back on that monumental day.

The 2007 World Cup came to be wrapped in unprecedented levels of hoopla, leading to one of the most emotionally torrid tournaments ever. But nothing shocked the world for what happened on the field more than the March 17 double-header.

First, Bangladesh stunned India by bundling them out for 191 and winning by five wickets. This was back when Bangladesh were very much the minnows of cricket, well before their ODI resurgence, which only began two World Cups later. But even before the cricket world could come to grips with that result, Ireland shocked Pakistan on the same day, throwing open a tournament that offered teams next to no room for slip-ups. Two monumental upsets, two results that altered the course of events, on and well beyond the field. 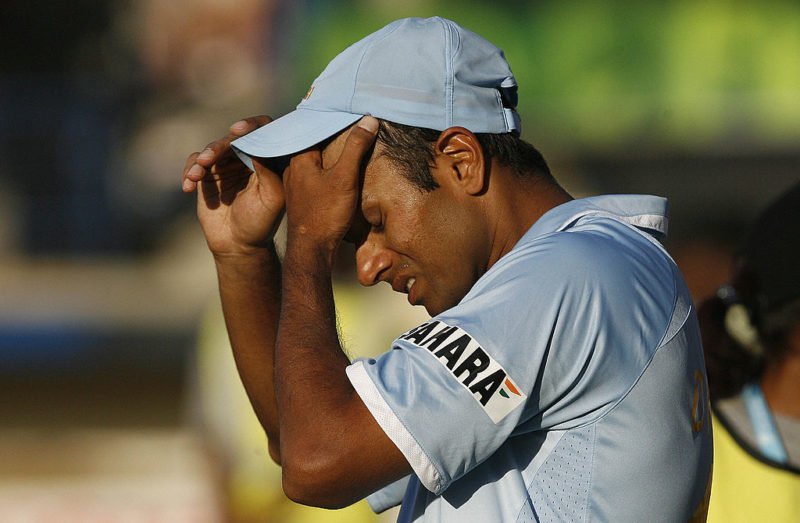 Rahul Dravid had a World Cup to forget in 2007, as India crashed out in the first round under his leadership

Asked to bat first under overcast conditions, Pakistan put up a shoddy display against the moving ball and crumbled on a surface that offered everything for a fast bowler. While Dave Langford-Smith got the ball to jag around, Boyd Rankin, all six feet and seven inches of him, generated steep, disconcerting bounce. Kamran Akmal was the sole Pakistani batsman to show a semblance of defiance in the face of this inspired bowling performance from Ireland, but that his top score was a paltry 27 meant Pakistan were sent hurtling to 132.

Always full of fight, and with a nightmarish fast-bowling battery at their disposal, Pakistan weren’t going to relinquish this game that easily. Mohammad Sami’s fury as he steamed in with the new ball captured the mood in the Pakistan dressing room, as they were determined to make Ireland pay for the first innings embarrassment.

Soon, Ireland were 15-2, having lost Jeremy Bray and the now-England captain Eoin Morgan inside the first six overs. But Niall O’Brien’s arrival at No.4 shifted some of the pressure back on Pakistan, as he uncorked a series of boundaries before getting down to consolidating the innings. He was disrupted by an untimely rain break, but persisted to make a dogged 72, losing two partners along the way. 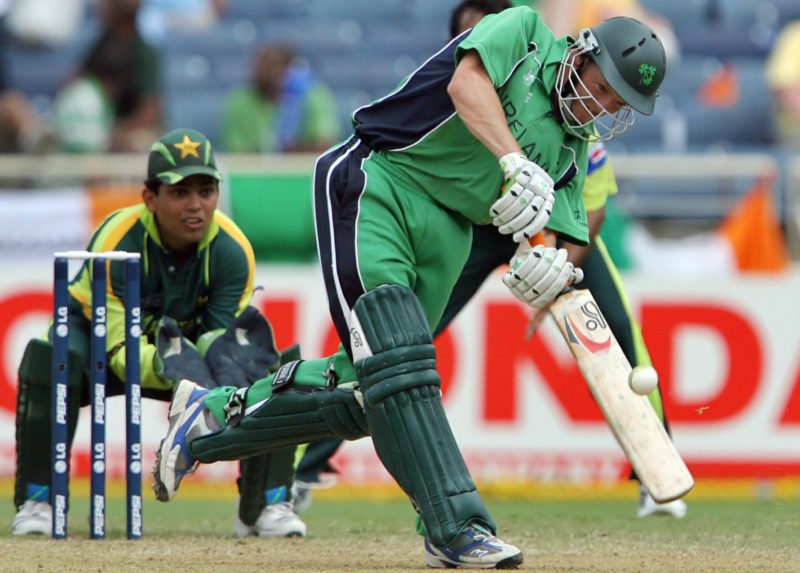 For as long as O’Brien was at the crease, Ireland continued to believe. His dismissal in the 34th over sent panic through the camp, as Ireland lost three wickets for five runs. But what the first O’Brien started, the second, brother Kevin, made sure to finish. Buckling down for a most uncharacteristic 52-ball 16 – a stark contrast to the brutal 50-ball century that put him on the map four years later – Kevin took Ireland home in a dramatic and unforgettable finish.

Ireland’s St. Patrick’s Day ended with their first tournament win, which also enabled their progression into the Super Eights, in their maiden World Cup. As for Pakistan, their emotions resembled the gloom in the sky, as a despondent team trudged off, embarrassed and eliminated by a bunch of boys that were supposed to be there merely for the thrill of playing a world tournament.

None of that, however, would compare to the sobering effect of the events that would follow. Inzamam-ul-Haq, their captain, stepped down from his position, taking responsibility for the defeat. And on March 18, a day after the ignominy, news trickled in of the sudden and tragic passing of Bob Woolmer, the coach, under mysterious circumstances, setting in motion some of the darkest days in cricket history.