Simon Barnes recalls the third edition of the World Cup and rooting for India – the nation of Underdog.

We are participants too. Every cricket match that matters to us is our story. It belongs to us just as much as it belongs to the players. Public events are invariably packed with private meaning. The newspaper tells us one narrative while we live another: not parallel but inextricably intertwined.

So it is that great cricketing matches become parables and fables and omens and cautionary tales, each one apparently aimed at an audience of one. This second narrative of the match is all our own, forever mixed up with the disasters and heroics that happened on the pitch.

This, then, was my first English summer for five years: my first summer of cricket since 1978. Alas, the four-match Test series against New Zealand failed to set fire to my imagination in that summer of 1983, for all that England won it 3-1.

I was waiting for the World Cup. Only the third time it had been contested. It was to be held in England for the third time running, for where else could it ever be played?

Though to tell the truth, I was less English than I used to be. That’s because I went to India in 1976. I was 24 and the place knocked me clean off my spindle. Two years later I set off to live in Asia – to seek misfortune. I was there four years, living the life of a Gonzo journalist and doing all the mad travelling as I could. I lived on Lamma Island, which lies a little to the south of Hong Kong. The final trip of Asian life took me back to India.

So home. Home? Really? Never quite planned that, but there I was, and in the company of a beautiful girl. Could be worse, then. We married and set up in a bedsit in Ealing. I did two days a week at the now defunct Titbits magazine, an odd experience but one for which I am forever grateful. I also did shifts on the Daily Mail features desk, usually working on the horoscopes. Plus a bit of work for The Times. Life was a little more circumscribed that it had been beneath the Asian sun.

By the time the World Cup came along, I was ready to shout for underdogs and for Asia. Different times, different game: 60-overs each way and only eight teams. They had to play each other twice in the group stages for reasons not entirely unrelated to money. West Indies were more or less guaranteed to win for the third time in a row. Sri Lanka were just making up the numbers and India were no-hopers.

Everything was the wrong way round, but it was beyond anyone’s power to change it.

England were great, though. And very confident. They won five of their six matches to reach the semi-finals, finishing top of their group. And they were certs to reach the final. After all, they were drawn against India.

Not that India had played at all badly, but they were perceived as soft. Supine, even. Short on self-belief and too easily downhearted when things went against them. As they did against Zimbabwe. Of all people. Kapil Dev came in with four wickets down for nine, which rapidly became 17-5. He then scored 175 of a total of 266, next highest score 22. Perhaps there was something about this India team after all. I was happy about that. Nothing like a good underdog, after all. 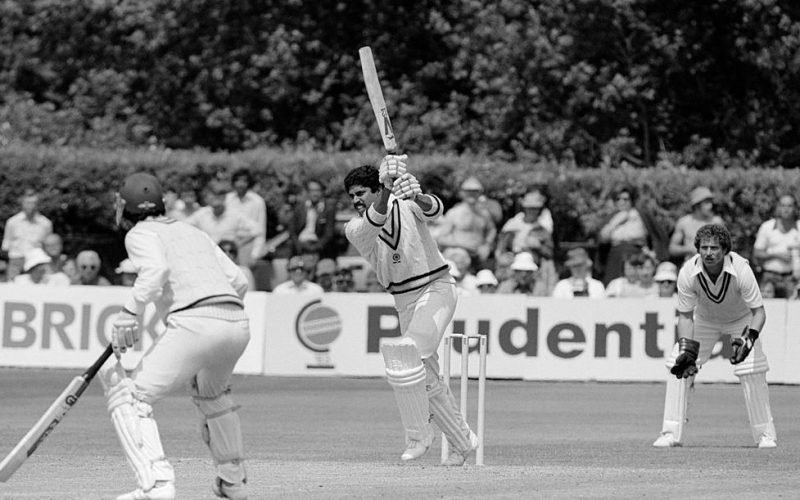 And then India beat England in the semi-finals. I seemed to be supporting both sides at once, though perhaps my patriotism for the nation of Underdog was dominant, certainly by the end. India bowled beautifully on a pitch that suited their seamers of quiet pace, and England could only make 213. That’s 213 in 60 overs. (The record for a T20 international, by the way, is 262.)

We had tickets for the final. My father got them and we all went together. I wore a shirt I got made for me in Mysore. West Indies were the inevitable opponents. We heard on the way that West Indies had won the toss and were bowling: we wouldn’t even get a decent day’s play. We entered the ground to the most terrible groan. Sunil Gavaskar was out for two. 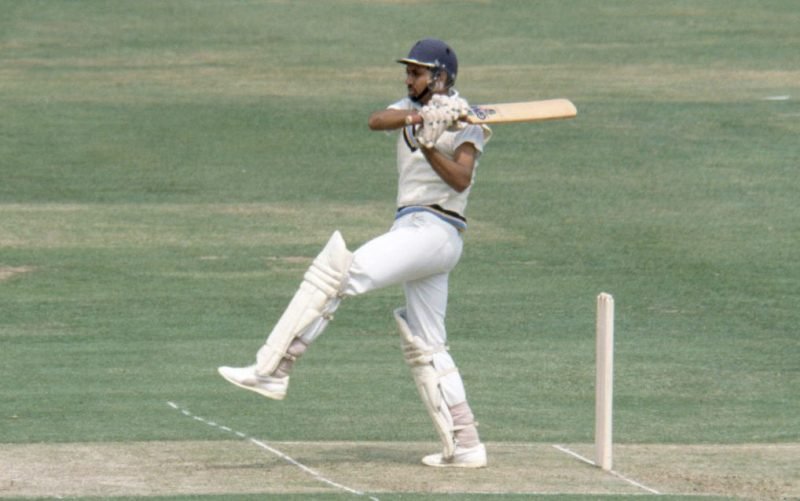 We’d be home in time for tea. India were bowled out for 183 and it’s my firm belief that if they’d made any more they’d have lost. But this was an opponent and a total that West Indies were simply unable to take seriously.

Sometimes sport will take you to a magic land, where unimaginable things happen as a matter of course, when reality is left on the ground as we all go floating up into the clear skies of sporting fantasy. At such times the impossible becomes the inevitable and the merely extraordinary is run-of-the-mill. 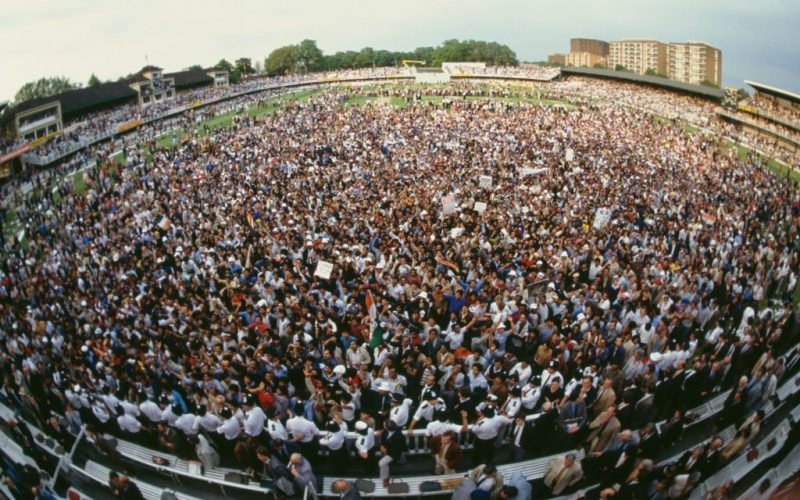 The long afternoon unfolded with the mad logic of Alice Through the Looking-Glass. Everything was the wrong way round, but it was beyond anyone’s power to change it. Everything had to be accepted for what it was: clearly impossible but manifestly true. The most terrifying batting lineup in cricket history was undone by gentleness. It was like judo, in which the master mysteriously persuades his much bigger opponent to throw himself. The lions were beaten up by the Christians, the sheep rounded up the collie-dogs and the mice made mincemeat of the cat. The flowers spoke, the train leapt a brook and the White Knight won the day.

These things are often a matter of belief, and belief was granted to us all by Kapil Dev, running thousands of yards with his back to the wicket to take a glorious catch and dismiss Viv Richards. One by one they came, one by one they left: the fearsome gentleness of Madan Lal (3-31) and Mohinder Amarnath (3-12) did for the West Indies and changed cricket forever.

And me, I sat entranced in my Mysore shirt, and it seemed to me a glorious message telling me that all things are possible. You can come from Asia to England as a no-hoper and still – well, with a bit of luck, you could still do all right.

India, it seemed to me, had that bit of luck. We all need that. The important thing is that they didn’t take this luck as their due. They accepted it in humility, seized it with deep gratitude and then did all they possibly could to make the most of it. And that is the most useful possible lesson to anyone setting out, however belatedly, however reluctantly on the road that leads to the land of the grownups.