From overstepping the mark to the debatable mankading ploy: Bradley West and Jo Harman pen down ten acts of unholy spirit which questioned the players’ accountability on the spirit of sportsmanship.

Over the years, the gentleman’s game, as we call it, has seen players being involved in some deliberately unfair acts to gain an added advantage over their opponents. While some of those, say mankading, has had divided opinions of it being within the norms of the game but beyond ‘the way it should be played’, most others have copped severe criticism.

Here are the ten unforgettable acts of unholy spirit which, not for the best of reasons, took the cricketing world by storm.

By upsetting much-fancied India in the final of the 2016 Under-19 World Cup, West Indies’ greenhorns gave a welcome boost to cricket in the Caribbean. They were fortunate to get that far, though. In a do-or-die group match against Zimbabwe, the Windies looked to be crashing out until Keemo Paul effected a Mankad on Zimbabwe’s No.11 in the final over of the match with three runs required for victory. West Indies were unrepentant. “I mean, a law is a law, right?” said coach Dwain Gill.

An otherwise forgettable ODI between India and Sri Lanka in Dambulla in 2010 left a sour taste in the mouth after Virender Sehwag was denied a century by some skullduggery from Suraj Randiv. With Sehwag on 99 and India requiring one run for victory, Randiv deliberately overstepped to stop the opener reaching three figures, despite him whacking the ball into the stands. The Sri Lankan offie later apologised but was suspended for one match and docked his match fee. 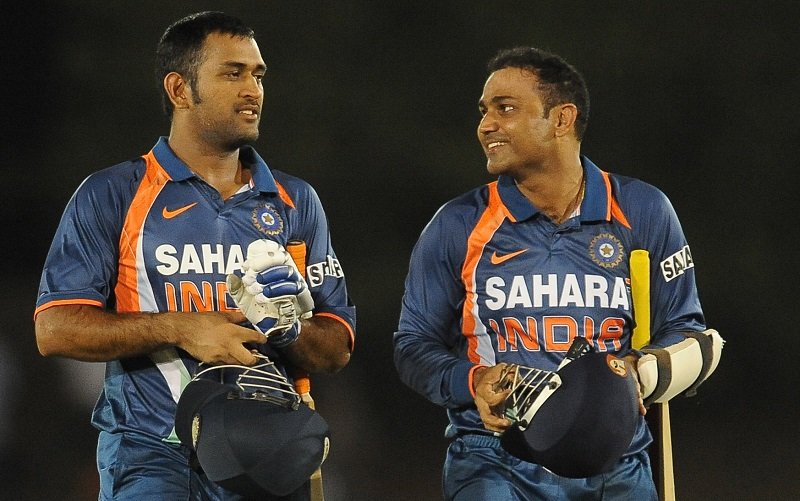 Kieron Pollard caused a similar stink in the recent Caribbean Premier League T20 when he bowled a massive no-ball which potentially cost Evin Lewis the tournament’s fastest-ever century. With Lewis on 97, and the St Kitts and Nevis Patriots needing one run to win, Pollard’s overstep raised plenty of suspicion, with Bob Willis describing it as “totally out of order”. The West Indian all-rounder insisted it was an innocent mistake.

7. NO BAILOUT FOR MURALI

Sticklers for the rules will argue that Brendon McCullum was well within his rights to run out Muttiah Muralitharan during the Christchurch Test of 2006 but, given the circumstances, it was a little harsh of the Kiwi keeper, who 10 years later would deliver the MCC Spirit of Cricket Lecture. After grounding his bat for a single which took Kumar Sangakkara to his century, Murali turned back to congratulate his teammate. The ball hadn’t been ruled dead, though, and McCullum whipped off the bails. “It’s not the way to play cricket,” argued Sri Lanka’s captain Mahela Jayawardene.

Murali’s run out was small fry compared to the furore during the Port-of-Spain Test of 1974 after Tony Greig cheekily ran out Alvin Kallicharran on the final delivery of the second day’s play. Kallicharran, who had scored a superb century, walked straight towards the pavilion after backing up at the non-striker’s end and Greig promptly threw down the stumps, giving umpire Douglas Sang Hue no choice but to give the batsman out. Heated discussions ensued overnight and eventually the appeal was withdrawn and Kallicharran reinstated, with Greig apologising for his “instinctive actions”.

At the 1999 World Cup, Australia were unashamedly prepared to push the boundaries of fair play in pursuit of their first title for 12 years. Ironically, though, it was the boundaries they were trying to avoid in their final group fixture against West Indies. Having already lost to New Zealand, the Aussies wanted West Indies to qualify at the Kiwis’ expense in order to carry over maximum points to the Super Six stage. The result was a painstaking chase of 111 in 40.4 overs, taking 13 overs to score their last 19 runs, in order not to dent West Indies’ net run-rate. “We’re not here to win friends, mate,” said Steve Waugh after the match. “Just the World Cup.” Success on both fronts, then.

“If something is going on for three days, then that’s not a brain fade, as simple as that”

When Steve Smith looked up at the Aussie balcony for advice on a review during the Bengaluru Test in March 2017, he claimed it was simply a “brain fade”, but Virat Kohli wasn’t having it. “If something is going on for three days, then that’s not a brain fade, as simple as that,” said India’s captain. “I don’t want to say more on that, videos are out there for everyone to see.” The ICC took no action but the dispute fanned the flames of an already fiery series between two old foes.

Club cricket is of course equally capable of plunging to lowly depths of bastardry – a recent league fixture in Wales being a fine example. Pembrokeshire outfit Carew went into their final match of the season with a 21-point lead over second-placed Cresselly and declared in the third over on 18-1, therefore denying their opponents the chance to accrue enough bonus points to leapfrog them. The mean-spiritedness of it all received global attention and Carew were subsequently relegated from the league by a disciplinary committee but allowed to remain champions.

2. EVERY ROSE HAS ITS THORN

Perhaps Carew’s captain took inspiration from ex-Somerset skipper Brian Rose. Knowing that Somerset would qualify for the quarterfinals of the 1979 Benson & Hedges Cup if they avoided a defeat to Worcestershire that would allow their opponents to finish with a superior strike-rate, Rose declared his team’s innings at 1-0 after one over. Ten balls later Worcestershire had won the game but Somerset progressed to the last eight. Rose was unapologetic but paid the price for his cynical ploy as Somerset were expelled from the competition.

“One of the worst things I’ve ever seen on a cricket field,” said an uncharacteristically ruffled Richie Benaud. “The most disgusting incident I can recall in the history of cricket,” according to Robert Muldoon, then Kiwi PM. With New Zealand needing six from the final delivery to tie an ODI at the MCG in 1981, Aussie skipper Greg Chappell instructed his younger sibling Trevor to roll the ball underarm, and all hell broke loose. “Yesterday one-day cricket died, and Greg Chappell should be buried with it,” said Keith Miller.