A worthy successor to the great Abdul Qadir, Mushtaq Ahmed was one of Pakistan’s premier match-winners in the Nineties. A wily leggie armoured with a terrific googly, Mushtaq was part of the legendary side that triumphed at the 1992 World Cup. In the final against England at the MCG, he took three scalps to lift Pakistan to the title and finished the tournament with 16 wickets, only behind his teammate Wasim Akram, who finished two better. 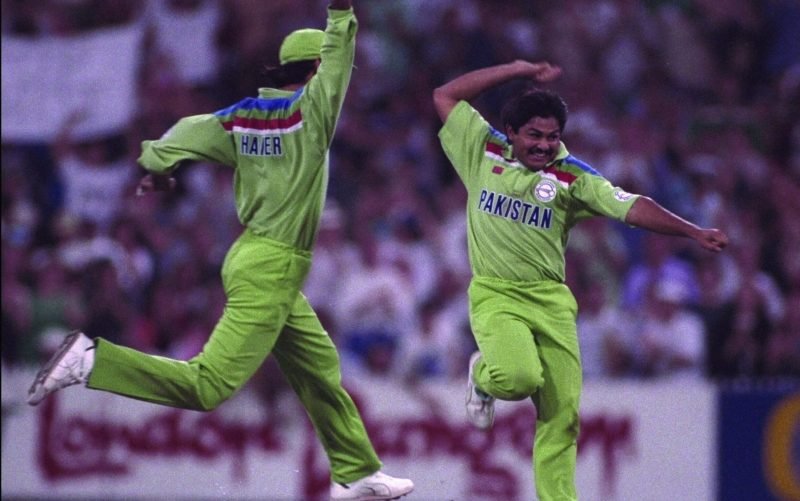 Mushtaq Ahmed was the joint second-highest wicket-taker at the 1992 World Cup with 16 scalps at 19.43

He had a relatively slow start to his Test career, taking just four wickets from his first three matched, before he turned it on during the mid-Nineties: 117 of his 185 wickets came between the start of 1994 and end of 1997, a period in which he rubbed shoulders with Shane Warne and Anil Kumble, two other leading leg-spinners.

When his international career wound down in the early 2000s, he turned his attentions to dominating county cricket, helping Sussex to their first-ever County Championship title in 2003, with a 103-wicket season. His glorious run on the South Coast ended in 2008, with two more Championships and a bucketload of wickets in the bank.

We lost in the final but this was a great tournament for me. There were some big names in the competition – Brian Lara, Nasser Hussain, Sanath Jayasuriya, Inzamam-ul-Haq – and I took the most wickets in the tournament which really gave me belief that I could make it. The thing I remember from the final though is very embarrassing. It was a rainy day and I still recall the ball was quite wet; I tried to spin it hard because I was very young and I didn’t concentrate on putting it in the right area. The ball went over the wicketkeeper and the batsman – I still recall how that felt! But the Youth World Cup was a great step forward for me.

It was very exciting to make my debut for my country. I took two catches and two wickets but the best thing happened the next day: Imran Khan said to me, ‘You’ve got a great temperament and you’ve got a good wrist’. I was very happy to hear that, especially coming from him. He was the main man at the time and I was very thankful to have him tell me I had done so well. It meant a lot.

I was trying to bowl to Viv Richards for the first time and I was talking with Imran Khan about how he was going to play and how I was going to bowl. He said, ‘He can smash you because he is one of the best players in the world.’ But I said, ‘Look, if I can put him under pressure right now and he makes a mistake we can win the game straight away, we don’t have to go all the way to 50 overs.’ He liked that because he liked that kind of temperament. Your attitude has to be good as a spinner. It doesn’t matter how big a spinner of the ball you are – if you go down as a spinner it’s very hard to come back.

This was the biggest moment in my career. When you raise the biggest cup in the world and you’ve done it for your country, people remember. People still talk to me about the World Cup and they still talk about my excitement after getting wickets! You don’t forget doing something for your country. I got Graeme Hick out with a googly. He was in great form during that World Cup and I said to Imran Khan, ‘Give me the ball when Hick is batting, I can get him out because I don’t think he can pick the wrong’un’. When you are positive you go with it and I was very confident at that time that I could get him out. I came back for a second spell and in those two or three overs I got him and we knew that we had nearly done the job.

I remember when I came to the crease Warnie was spinning it hard. It was the fifth day and Tim May and Warnie were bowling beautifully. I said to Inzy, ‘Let me handle Warnie’. He said, ‘Who’s the main batsman, you or me?’ I said, ‘Of course, you, but let me handle Warnie’. We had a laugh and he really took my advice. I remember I hit two fours early and it took a lot of pressure off us. We needed three runs to win when Warnie bowled a beautiful leg-break, Inzy used his feet but missed it. Then Healy missed the stumping so we ran three and won! Everyone was just so, so, so delighted. It was a special match for Pakistan.

Being in that team from 1995 to 1998 was great, they were the best years of my international career. People were talking about me and Warnie, about who was the best and I’m not making excuses but if I got one or two wickets in the middle of the innings I wouldn’t get to bowl at tail-enders! Not with Wasim and Waqar in the team. Warnie used to come in from one end and the other would be held up by McGrath or McDermott, whoever used to play. In Hobart I got nine-for and it was so great to win games for Pakistan, especially away from home.

Getting five wickets and being awarded Man of the Match against India was great. It’s very much like the Ashes, when England play against Australia in Australia and you get runs or wickets you feel like you’ve achieved something. It’s the same with India and Pakistan, and I was lucky. I always got two or three wickets whenever I played against India. Even in the World Cup quarter-final in 1996, which we lost, I remember I had a fever but I desperately didn’t want to miss the game. I ended up getting two wickets, although after the game I was even more ill! It was nice to do well against your rivals.

It was an amazing time. I just wanted to work hard and be positive. I loved being at Sussex and I wanted to bring everyone together. Sometimes people would worry about not scoring runs or not taking wickets but I said to them, ‘You can’t worry when you’re not in control of things. Why are you panicking about things? If it’s meant to be, it’s meant to be.’ But what we could do, what we could control, was work hard and be delighted for each other. We could achieve our goals when we came together. It didn’t matter if you weren’t scoring runs or you weren’t getting wickets, what mattered was if the team was doing well. That is what good teams and good clubs do. My target was to bring the team together all the time, whenever I felt like there was a split in the dressing room, I used to call them back. I feel like when you play for somebody you are like a family. You don’t let your family go in the corner, you have to bring them together. 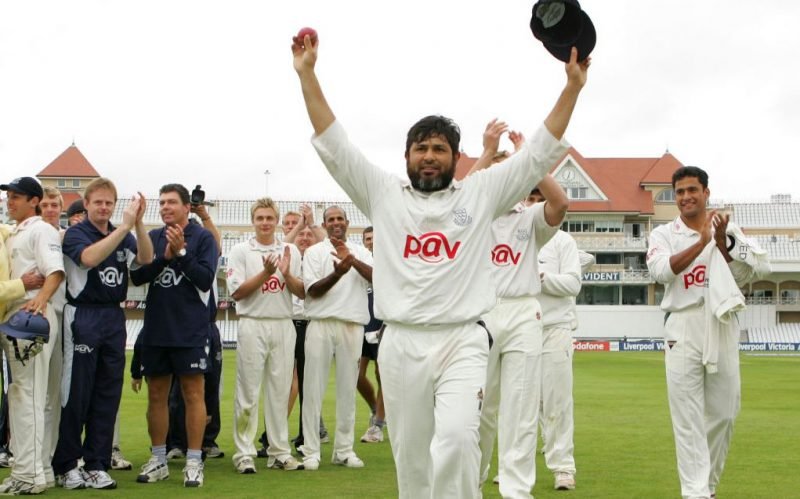 Every year I used to turn up at the press day and say to the press, ‘One day I’ll get 100 wickets!’ It was hard to do. If you played all 16 games and you got four or five wickets in each game you would end up getting 70-odd wickets. If you do that and then also have two or three big games you get up to almost a century of wickets. Sometimes it would be a green pitch and I wouldn’t bowl so it was difficult! I was very happy to get up to 100. Playing for Sussex and winning trophies was incredible.