Pakistan’s 1992 World Cup campaign was an emotional roller-coaster, as in true Pakistani fashion, they rose from rock bottom under Imran Khan to record a World Cup win nobody had predicted

Imran Khan’s famous words to his 25-year-old prodigy, Wasim Akram, at the 1992 World Cup final is one of the best known examples of his fabled ability to inspire his troops.

The Pakistan captain had saved his team from a tournament of drudgery. Pakistan had had a miserable early run, saved from elimination only by the rain, which had washed out their encounter against England, the same team they bested in the final to clinch their first World Cup.

Imran had lifted a team that had hit rock bottom and inspired them to victory over tournament favourites Australia, in the starting point of a stunning turnaround that brought them all the way to the final. Akram’s form mirrored that of his team. Wayward and erratic all through, it was in that match against Australia that the more virile side of Akram began to appear. 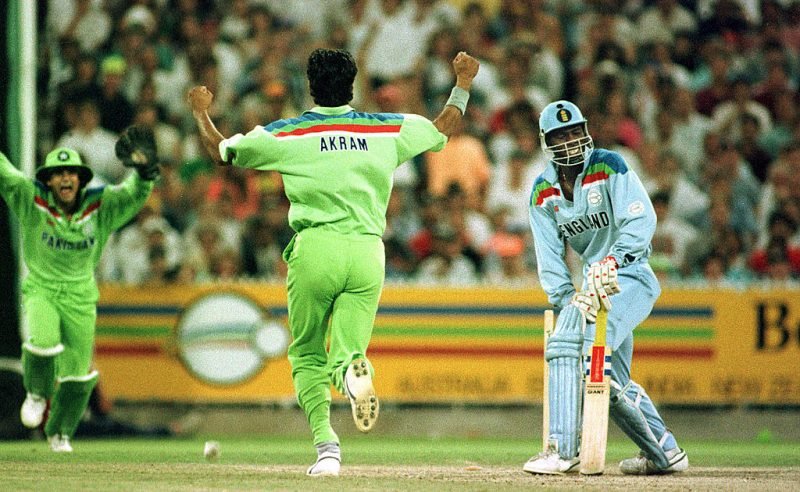 Chris Lewis has his stumps felled by Wasim Akram

On the day of the final, Akram was at his devastating best, first with the bat and then with the ball. Derek Pringle’s early outswing had taken out the Pakistan openers, Aamer Sohail and Rameez Raja, early in the innings. Imran and Javed Miandad carried out the resurrection with a 139-run partnership. It set Pakistan up for the final flourish, which arrived in the form of Inzamam-ul-Haq, then an exciting youngster with a world of potential, who punched 42 off 35 balls, and Akram, who reeled off an 18-ball 33. Pakistan looted 153 runs in the last 20 overs and set up a target of 250.

Akram’s tournament had been muddied by a bouquet of wides and no balls. A resurgent second half, alongside the assurance from his captain, had made him a different bowler by now, but there were other issues. After that intense batting performance, Akram was now cramping up in his right hamstring when he took the ball for the first over.

Not to be deterred, Akram went around the wicket, to better control the angle, with the finishing movements of the delivery hampered by the niggle. Very soon, he had Ian Botham caught down the leg side. Huge, huge wicket, and early pressure on England. 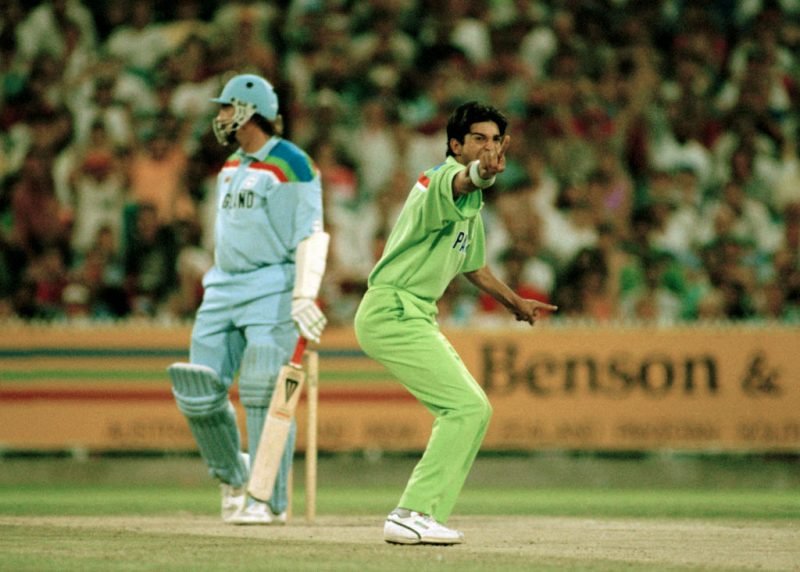 Pakistan seized the opening provided by Akram to take control of the game, reducing England to 69-4. Neil Fairbrother and Allan Lamb, however, set them back on track with a 72-run fifth-wicket stand.

Searching for a means to break the partnership, Imran turned back to his gun bowler. Called on for the 35th over, Akram, now a proper menace under the MCG lights, delivered two of the most famous balls of his career. First, he angled one into Lamb and got it to swing away from the half-prodding batsman, playing inside the line of the ball, before the ball demolished off-stump.

Related Story: ‘Both of them wouldn’t speak to me’ – Saleem Malik details rough treatment from Wasim and Waqar during stint as Pakistan captain

The next ball was not only better, it also demonstrated the genius and strategic nous of Imran and Akram, as bowler and captain hoodwinked the batsman into believing that an outswinger was on its way by signalling to the slip cordon to be ready. What ensued instead was a ball so far outside off that it was initially thought to be a wide. By the time Chris Lewis sussed out the wicked inward curve and prepared to play at it, the ball had gone off the inside edge and clattered into middle stump.

Akram had struck the most decisive blows of the final, and by now, the writing was on the wall. England’s chase fizzled out for 227 eventually, and Imran’s team, in truly characteristic Pakistani fashion, shocked the world by winning a World Cup that just a few weeks before, no one had given them a shot of lifting.