Former Kent, Leicestershire and England stalwart Paul Nixon picked out the key moments from a long career during a chat with Sam Stow.

In my trial game for Leicestershire I got a few runs against a Warwickshire side that included Allan Donald. He absolutely flew in on a fast green one at Grace Road. On the back of that game I got a professional contract.

I got my first ever ton against Hampshire. Malcolm Marshall was playing for them, so I really had to earn it! He was an absolutely unbelievable bowler – when you batted against him, it was often just about survival. The top three bowlers I’ve faced in terms of speed are Patrick Patterson, Shaun Tait and Wasim Akram, but Marshall was right up there. He was lethal.

Winning the Championship in 1998 was one of the best moments of my career, and this was a key game in terms of keeping us in contention. We chased 204 in 19.1 overs to win the match, and you’ve got to remember this was before T20 had even been invented. Chris Lewis got 71 off 33 balls and hit a fifty in 25 balls – it was unbelievable. It just summed up everything that we were as a team at that stage.

Beating a world-class Surrey side to clinch the Championship is something I’m very proud of. Their team was full of internationals, but we beat them by an innings. We made almost 600, having been about 100-4. I got a ton, then we had them 0-3! It was a great win.

In terms of one-day knocks, this one stands out. Kent were a very good side at the time – with Dean Headley leading a strong bowling attack – and me and Chris Lewis put on 220 for the fifth wicket after we were four for not very much.

This was a really good team performance, but it’s always extra special when you make a major contribution. I got 60-odd pretty quickly [33 balls, six fours and a six] to get us to a decent total, and it was the start of another great Finals Day for the boys.

Getting my cap from Michael Vaughan was special. I always thought I was going to make it, and I still wanted it massively, but if I’m honest by the time it came I thought it might not be coming! Walking out for that first game was a great moment.

Assault of the Perth

We were going to lose the game but we needed to get within a certain number of runs to get a point. Me and Liam Plunkett had a record partnership for the eighth wicket, and I hit Daniel Vettori for a couple of sixes over his head. I thought the last ball of the innings was going to be my last in international cricket, so I tried to hit it out of the ground and got caught on the boundary by Jacob Oram. I could have got one and got fifty, but it wasn’t about that, it was about enjoying what I thought was going to be the end. As it turned out, there were a few more matches!

The knock against Sri Lanka [Nixon and Ravi Bopara narrowly failed to take England to a famous win earlier in the competition] was bittersweet, so it was nice to play a big part in a win and do well in what turned out to be my last game for England. I hit Corey Collymore for three fours on the trot to get us back in contention, and in the end we just scraped home. 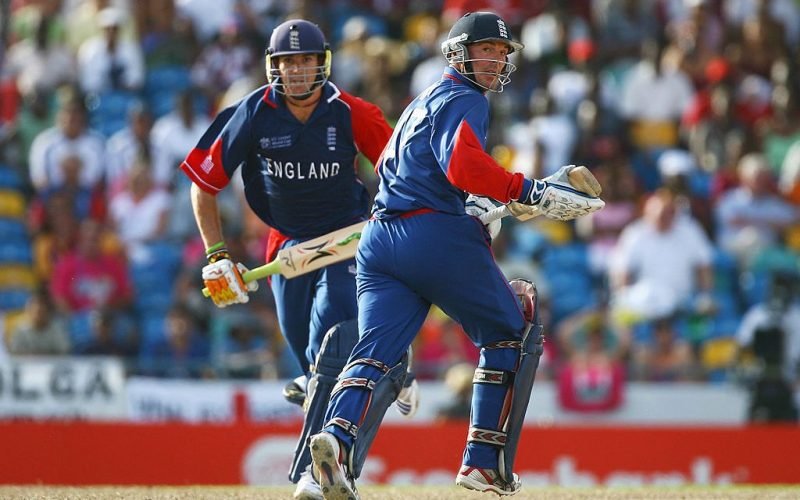 All the T20 wins are up there, but this has to be the most special – it was the perfect send-off. It was a great occasion, and I took a great catch. I once caught Robin Smith off Alan Mullally – an inside edge that I took about an inch from the ground – but in terms of the situation, what it meant to me, it’s got to be up there with the best I’ve taken. No one ever fancies us for the Twenty20 Cup, but we’ve been to five finals in seven years and won three of them – it was great to be part of those occasions.