The women’s IPL, or version thereof, as proposed to be held in 2020 is vital for women’s cricket in India. But its effect on the global game is less straightforward, writes Karunya Keshav.

Rejoice! Unlike the rest of us, India’s women cricketers won’t be nostalgia tripping on Rob Moody’s YouTube channel or hate-watching Indian Matchmaking on Netflix over the coming months. For the first time since they were part of a history-making sold-out T20 World Cup final at the MCG in March this year, they’ll be back on a cricket field, training and playing competitive cricket.

The BCCI, under fire for cancelling India Women’s tour of England last month, on Sunday announced a plan – or at least the vague outline of one – that would ensure some cricket for the top female players this year.

The board confirmed their intention to hold a few T20 matches for the women alongside the men’s IPL in the UAE in November. And, earlier in the day, journalists for India Today and PTI, based on interviews with BCCI president Sourav Ganguly, suggested that bilateral series with South Africa and West Indies Women were being scheduled as well.

Suddenly, from the prospect of having to go into next year’s 50-over World Cup in New Zealand unprepared and rusty (let’s admit it, live workouts on Instagram can only help so much), they have plenty to work towards.

This is, of course, pending government approvals and provided there’s no additional Covid-19 sucker punch, the blasted thing. We don’t know the dates yet, nor do we know the teams or number of matches; there is no national selection panel in place yet, since the last one’s tenure ran out at the start of the year. We also don’t know if the other boards and players mentioned have signed off on the proposal for bilaterals. We don’t even really know if the Indian players had a say. 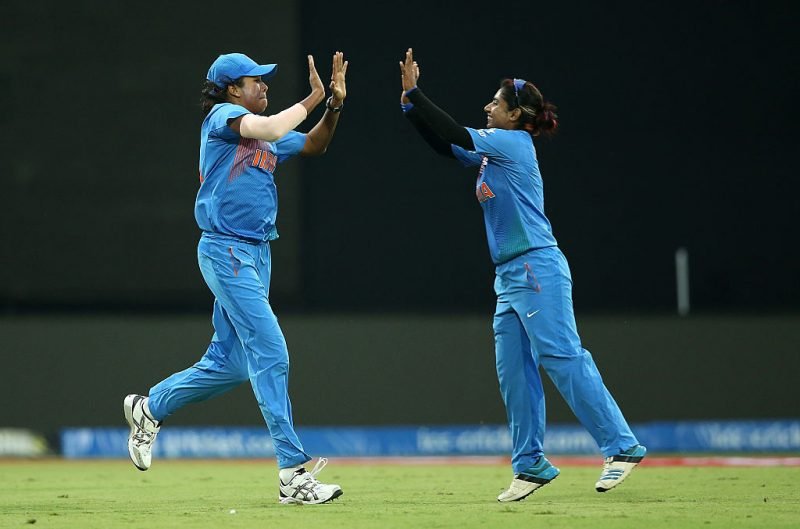 But the board has stated its intent and Ganguly insists “women’s cricket is as much a priority for the BCCI”, so we’ll take his word and rejoice.

This match time, especially the women’s IPL, is crucial for India, runners-up at the 2017 World Cup and in the 20-over tournament this year. Veterans Mithali Raj and Jhulan Goswami, who play ODIs only, can use this opportunity more than most as they aim for that one last dance in New Zealand. For players outside of the regular 15, it’s a chance to gain quality exposure. For those outside the 22-strong contract list, it offers a modicum of financial security in a system without domestic contracts and where no matches will take place for the better part of a year.

Beyond the practical benefits of a high-quality competition (building bench strength, match awareness, big-match potential – you know the drill, the IPL has been around for 13 years), it’s important as an idea. To give the women a platform on the sidelines of the men’s IPL, with a similar level of razzmatazz, is fundamental in showcasing women’s cricket as an entertaining and valuable product, as something worth investing attention and rupees in. To have it missing from the calendar, as was the fear until a week ago, would have set the idea of women’s cricket in the country back by a few years. Last year the tournament made a star of 15-year-old Shafali Verma and set her up to be the star of the T20 World Cup just months later; who might have gone unheralded if there was no tournament this year?

So yes, ‘women’s IPL’ is in the calendar – rejoice! 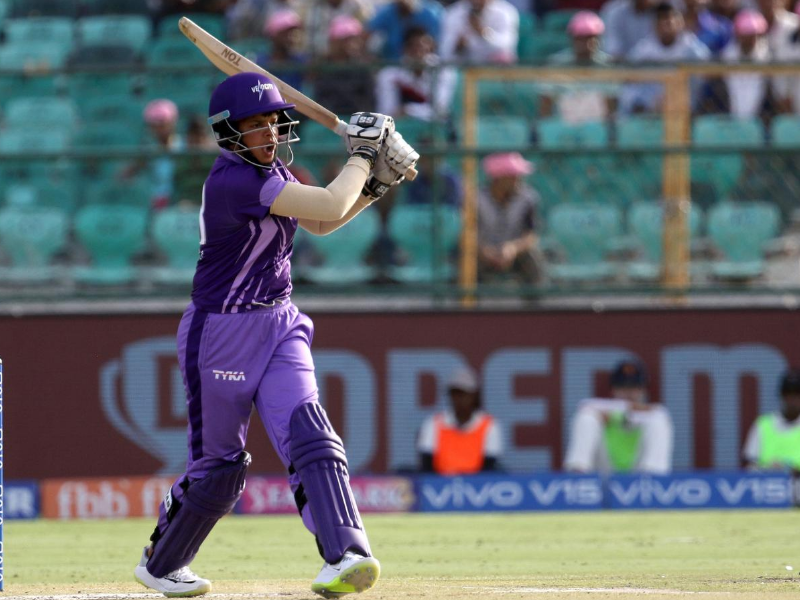 If you want to stop reading at this point and drink to Ganguly’s BCCI, with the glass half full for aiming to pull off something special in the middle of a pandemic, you should. You’ve earned it, thank you for supporting the Indian women’s team. Because from here on, there’s less to celebrate.

Let’s be clear, we were never rejoicing a women’s IPL, although that’s what the president and many reports described the T20 event as, and that’s the term we’ve used so far in this piece for the sake of convenience. This is not the Women’s IPL, it’s the Women’s T20 Challenge, played by three teams, for a total of four matches. ‘Exhibition’ matches that, like that final-year student who refuses to graduate for years, are in their third edition of continued exhibition. The Women’s IPL should have existed five years ago, yet, by many depressing accounts, is still four or five years away. The Covid-enforced break would have been ideal for the BCCI to sit down with the franchises and plan for a full-fledged Women’s IPL, starting next year with four teams and building up to eight, all associated with the men’s franchises, but the stars have still not aligned for this.

The closest cricket has to a women’s IPL now is, in fact, in Australia, well established as the Women’s Big Bash League. And this T20 Challenge is on a collision course with the WBBL.

Australia’s Alyssa Healy led a host of top international players in pointing out that the proposed window for the T20 Challenge and the bilateral series clashes with the WBBL. Which means the T20 Challenge won’t in fact be an exhibition of the top female talent in the world, because many of them will be in Australia honouring their WBBL contracts. Reports suggested that four Indian players were in line to feature in the WBBL this year – now their contracts might have to be torn up. And what of the South Africans – will they lose their NoC because of proposed national duty?

I’m sure I could drop a few cricketing degrees on Twitter as well. I’m comfortable I’ve had my say, it’s no longer my debate. That’s for the powers at be now! Next time pick up the phone and ring me and we can have the discussion. You can razzle dazzle me with your fancy words…

The main target of Healy’s ire on Twitter has claimed there is no choice, no other window for these fixtures. The men’s IPL starts 19 September; the WBBL nearly a month later on 17 October.

To be fair, there is arguably enough international talent that can fill overseas slots in two exciting women’s tournaments. And the gains for 30 Indian players might outweigh the lost opportunity for three or four Indian players. But here’s when we sigh deeply, at another opportunity lost to chart a clearer path for the growth of global women’s cricket.

Female players have fewer opportunities than their male counterparts to add to their incomes from playing cricket. It’s a pity if those limited opportunities get further diminished because of ad hoc plans – and the players themselves do not yet have the negotiating power to make the most of the demand for their skills. As England’s Charlotte Edwards pointed out, a women’s FTP, with windows for the leagues in Australia, England and India will be ideal, especially because the women’s calendar isn’t as full as the men’s yet.

The WBBL has set the bar for monetary and emotional investment in women’s cricket, and raised it higher every year. Not by having one new team in new colours every year, but fostering an environment wherein 86,000 people and sponsors are eventually invested enough to set records at the MCG. Having players (potentially) pull out despite protracted negotiations and being at the mercy of NoCs will undermine WBBL’s efforts at professionalism and being the best league too.

Perhaps this is a one-off situation. A lot of the response to the BCCI’s announcement has seen the scepticism of fans and well-wishers of women’s cricket parked, for now. ‘At least it’s something,’ we say. ‘On the right path.’ It’s what Mithali and Jhulan and Poonam Yadav, who’ve welcomed the move, have said. It’s what Shantha Rangaswamy and Diana Edulji, pioneering players and administrators, have suggested. After all, ‘What can you do, it’s the pandemic.’

But what if, being glad for a step forward doesn’t mean you also have to be grateful for it. What if, like that player who barely acknowledges a hundred when there’s a semi-final to win, we aren’t satisfied with the small wins? What if the bar for what we do for women’s cricket wasn’t so low that we were satisfied with a three-team competition that clashed with another? What if we truly embraced the potential of women’s sport and built a vision for the next few years?

Now wouldn’t that be something to rejoice.