A day after the news broke that the BCCI had decided not to sanction the India Women’s tour of England for a tri-series, a scathing letter landed in our inbox.

It was from a passionate fan of women’s cricket, who was at pains to reason with BCCI’s decision, but failed to find answers.

I had been watching the West Indies men’s tour of England with a more than a little interest. Just like everyone else, I was tired of reruns, fantasy XIs, and nostalgia content. Everyone wanted live cricket, and finally, here it was.

But for me, and the rest of the women’s cricket community, it was something more than entertainment and escape. If the ECB could demonstrate that cricket could be safely conducted within a bio-secure environment, then it stood to reason that those protocols could be duplicated and more cricket could be planned. Specifically, the India Women’s tour of England, originally scheduled for June-July, then pushed to September as a tri-series with South Africa. It was why, when Jason Holder’s men safely wrapped up the first Test, hopes were raised in the sub-continent.

Then, the bubble burst. Not the bio bubble. On Monday, your website, along with numerous others, carried the news that India Women would not travel to England for the series. After the high of the T20 World Cup final, the last major cricketing event in the world, it seemed the Covid-19 pandemic had wiped out the one scheduled bit of international cricket the women were looking forward to, the one they were most optimistic about. Having followed their interviews and Instagram lives, I learned that they were hitting tennis balls at home, doing fitness challenges, and even having proper net sessions. Suddenly, they have nothing to play for.

The ECB is instead hoping to extend England Women’s series against South Africa.https://t.co/cNPwtZ879e

There are a million reasons this could have happened, and each of those million has a Covid-19 positive test to show for it. But the lack of any clarity from the BCCI has left room for speculation in the press about why exactly the board decided to do away with the tour.

Covid-19 cases in India are rising at an alarming rate, and that means it is hard to get out of your home, let alone your city or your country. Thousands are dying, careers are in tatters, and businesses are bleeding to death. In this context, the loss of another international cricket series is insignificant. The Olympics itself was postponed, leaving thousands of athletes heartbroken, so why mourn a single, context-less bilateral cricket tour? Why shed tears over a tour that is so hard to pull off in the first place?

And it is hard. Let’s not pretend it’s not. I’ve been following the England-West Indies series closely. If a women’s series in September were to follow the same template, the Indian contingent would have had to land in England a month in advance, and then spend almost two months in a bio-secure bubble. According to what Ian Bishop described on a podcast recently, for the first two weeks, the players would be in relative isolation within the bubble.

The players would have to practise social distancing at training, play with gloves – perhaps make special ones made for Poonam Yadav – and use separate cricket balls. They would eat alone, on individual tables, and undergo Covid-19 tests once every six days – we all don’t need to have experienced it to know having a swab inserted up your nose and down into your throat isn’t pleasant. Two weeks of such living practices isn’t easy to sign up for. 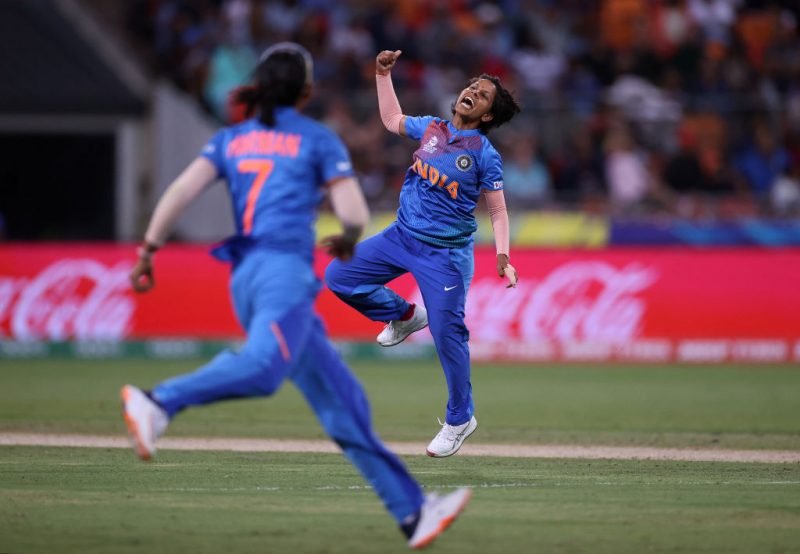 Of course, this is something the ECB would have had to organise, and not the BCCI. The host association cannot afford a mistake when it comes to their bio-secure bubble, or they will lose government support as well as millions of pounds – it is why the Jofra Archer episode touched a few nerves.

The players and staff therefore would need to know exactly what they were signing up for, the risks involved, and the severity of consequences of any breaking of rules. The rest, the ECB would have taken care of, so the Indian board wouldn’t have to worry about those logistics.

Related Story: Sunil Gavaskar still doesn’t know why he was axed as Test captain after winning against West Indies

With the ECB having shown that it can be done, and done without compromising on player safety, perhaps there were other concerns. Like the cost involved. The indefinite postponement of the IPL has caused incredible financial uncertainty in India, with the entire cricket ecosystem hanging on every update. So yes, paying for three extra weeks of Covid-proof training is a consideration.

Except, it isn’t. Not if the same template is followed as in the West Indies men’s team in England. As hosts, the ECB are covering the added costs for quarantining the team and its staff, as well as the cost of testing hundreds of people at the venue for the West Indies and Pakistan tours. They, after all, are doing it to honour television contracts – and the revenue that comes with it – and I hear they’ve even picked up the tab for chartering flights for the teams to travel to the UK.

By citing economic factors, the burden of getting fans, sponsors and revenue is placed on the players, rather than on those marketing the sport 🤔@kuks, @SnehalPradhan and Sidhanta Patnaik on the issue of equal pay in Indian cricket. https://t.co/0H2qHeqnVK

So, basically, once a visiting team gets on a plane to England, the ECB would have adhered to the principle of atithi devo bhava and said, ‘Let me get this’. So, perhaps, there’s something else holding the BCCI back, something more complex.

Perhaps it is in getting the Indian team match ready. After all, they haven’t trained as a squad for the past four months.

One argument would be that if three weeks in England isn’t enough to reach match fitness, then it doesn’t make sense playing an international series unprepared. Then again, the other school of thought is that with only one country in the world having shown the ability to host international cricket, and there being no other cricket for the foreseeable future, it’s worth playing a series even if you’re a bit rusty. Especially when there’s a World Cup coming up, and particularly when you don’t have to foot the bill.

It’s therefore reasonable to assume the problem lies in getting the players onto the plane, and there are challenges there, I can imagine. For starters, a team needs to be picked, and there are no selectors. They need to be found, and even if you don’t appoint them full-time, an ad hoc committee, working on an honourary basis for one tour, would suffice.

As a sportsperson, I cannot afford to compromise on my fitness during this lockdown. To test my form, I took the #30secPowerRun challenge by @BATA_India. Now it’s your turn to beat my score. Share your entries and don’t forget to tag me and @BATA_India. #PowerAtHome pic.twitter.com/tlpnGqK5Gr

The players would then need to be contacted, and their willingness obtained. Those happy to travel would have to undergo multiple tests in the lead-up to the tour. Then, travel exemptions would need to be arranged from the government; some of the players live in cities that are currently locked down. Sanitised vehicles with trusted and tested drivers would need to ferry the players from their residences to a sanitised airport hotel, where they would be tested again before boarding the ECB’s chartered plane. That plane would have to do a bit of India-darshan, much like the plane that the West Indies men’s team flew in travelled to every island – the plane would need to jet across India, as the players assemble at the airport closest to them.

It’s a logistical crossword with very few clues, a challenge for even the most focused and decisive leaders. But, if you think about it, it’s an opportunity for someone who believes it’s worth it. Someone who believes in what the Indian women’s team stands for, their potential to inspire thousands just by showing up and being visible, and millions more by winning. I recently chatted with a young girl with a mental disability, who is madly in love with women’s cricket. Imagine what it would mean for her, in these times where she is at risk, to see her heroes live on screen rather than on just social media.

It’s an opportunity for someone who believes in the commitment of the players, and respects that. They are, after all, signing up to being cooped up in a hotel for months, away from family and friends, unable to even take a walk into town, just to get to play for India.

I’m sure there are a thousand factors that need to be considered in all this that has not occurred to me. But I’m also sure the BCCI has considered each of them, parsed every one of them, considered all options, held every conversation, and only then decided it was impossible to send a team.

It’s not a big deal, really. From the 37-year-old veteran, fuelled by the dream of winning a World Cup, to the 16-year-old wonderkid, waiting to make a mark in the longer format, all of them will understand that safety is more important than cricket. That this too shall pass.

There will be other occasions to make it up. Perhaps a four-team IPL T20 Women’s Challenge – an integral, indispensable part of any IPL that’s to happen this year. Like the efforts that will be made to ensure all future women’s internationals in the lead-in to the World Cup will go ahead, abroad even if not in India. Like a commitment to make a Women’s IPL a reality by 2021. Everyone gets it – it’s a pandemic, there’s only so much you can do right now.

And I’m sure, dear editor, everyone understands that, if this were a men’s tournament, exactly the same thing would have happened.