Next summer’s World Cup, which will feature no Associate nations for the first time in the competition’s history, will be doing the game a great disservice, argues Tim Wigmore.

The World Cup is, in essence, two events. The first is a celebration  of the sport worldwide in all its glorious technicolour. The second is a quest to crown the best team on the globe.

The 2019 World Cup will, like having a  full English breakfast without bacon or  hash browns, be only half complete. It will still anoint a world champion; it just won’t celebrate and promote cricket around the world. A game which aspires to be the “world’s favourite sport” is lumbered with a 10-team World Cup and, for the first time, will feature no Associate nations at all.

The paradox is that never has cricket’s globalisation been more promising. Last month’s World Cup Qualifier in Zimbabwe was a wonderful distillation of how competitive the one-day international game is. 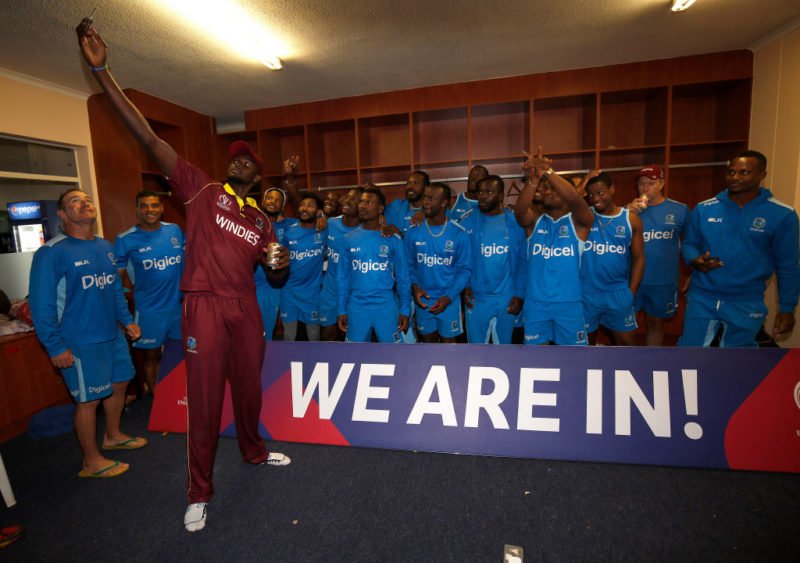 Afghanistan lost their first three matches – including to Hong Kong, who finished last in the tournament, meaning they are regarded as the 18th-best ODI team in the world – yet somehow contrived to win the tournament and take one  of the two available qualification spots. West Indies were beaten twice by Afghanistan and would probably have lost to both Zimbabwe and Scotland had they not benefitted from umpiring errors; had they lost either of those games they would have been eliminated.

The UAE denied Zimbabwe a World Cup berth by winning by three runs at a packed Harare Sports Club. In February, Nepal needed a stunning last-wicket stand of 51 to clinch a place in the qualifying tournament ahead of Canada; now, they have ODI status for the next four years.

Never have there been so many ODI sides who are so well-matched, and of such a high standard. This is a testament to the outstanding work done not only in the Associate nations themselves, but also the ICC’s development team. 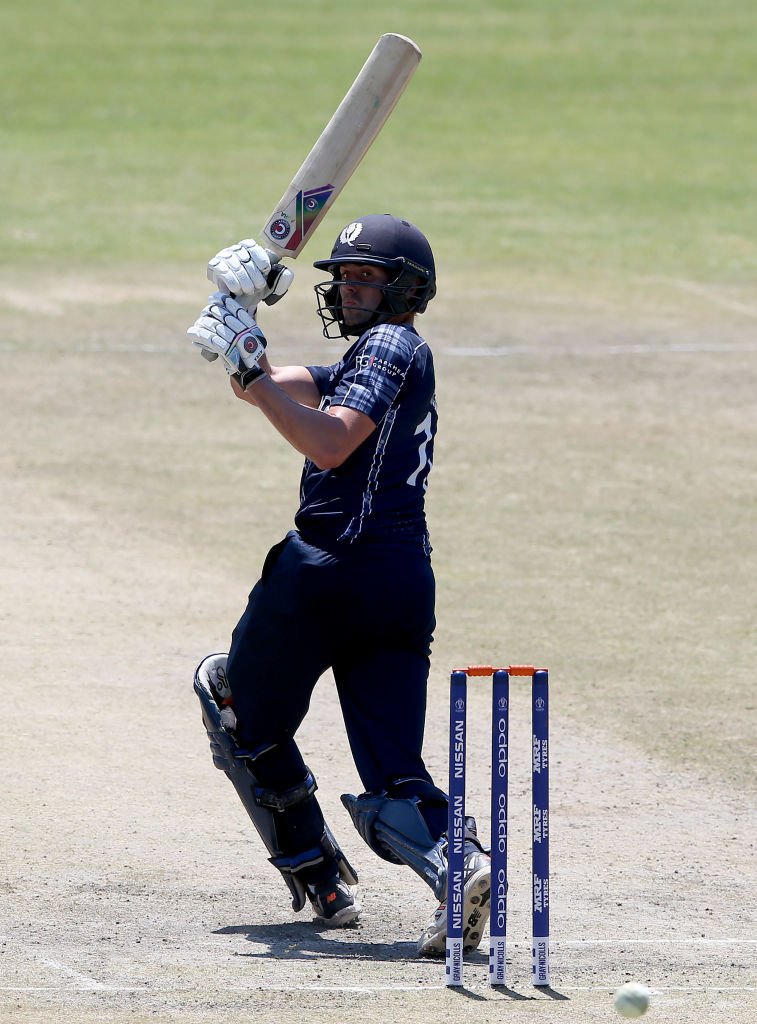 In the history of the World Cup there have been 14 victories by Associates over Full Members – including nine over the last four tournaments, as well as several near-misses. The ICC’s own report in April 2015 noted the “overwhelming positive reaction” towards the Associates, and empirically proved that they were more competitive against Full Members than ever before. Wherever you look, the story is the same: these are halcyon days for global depth in ODI cricket.

And yet, for all there is to celebrate, the feeling from players and coaches in Zimbabwe was one of anger and disbelief. They could not comprehend that, in spite of their progress – or really because of it, as the moves to cut the World Cup to 10 teams began when India and Pakistan were knocked out of the 2007 World Cup early, by Bangladesh and Ireland – they were being ostracised, while other sports are making their World Cups ever-more inclusive.

“When I started playing cricket I thought it was to unite countries, That is not going to happen in next year’s World Cup”

The qualifiers reaffirmed the sense of Associates being treated as second-class citizens. Flying economy class and sharing rooms was one thing, and something no one complained about; the lack of reserve days, DRS and live-streamed games were altogether different.

The original plans for the tournament involved 20 matches being live-streamed; only 10 actually were. The upshot was that when Afghanistan played Zimbabwe it was the first time that two Test nations had met in any match this century and the game had not been broadcast live. The two had played 20 ODIs since 2015, yet the 21st – the one that meant by far the most, and produced a remarkable two-run victory for Zimbabwe – was not available to watch.  Nor was Zimbabwe’s tie with Scotland, or Calum MacLeod’s stunning 157 not against Afghanistan, when he pummelled Rashid Khan as no batsman from a Test nation ever has. Of course, live-streaming has never been easier or more affordable: on the same day of the Afghanistan-Zimbabwe tie, Germany announced plans to live- stream their entire domestic T20 tournament this summer. World Rugby, who generate significantly less revenue than the estimated $300 million the ICC brings in per year, are live-streaming or broadcasting all 185 matches in their 2019 World Cup qualification cycle, as well as fixtures like Tonga A v Samoa A. 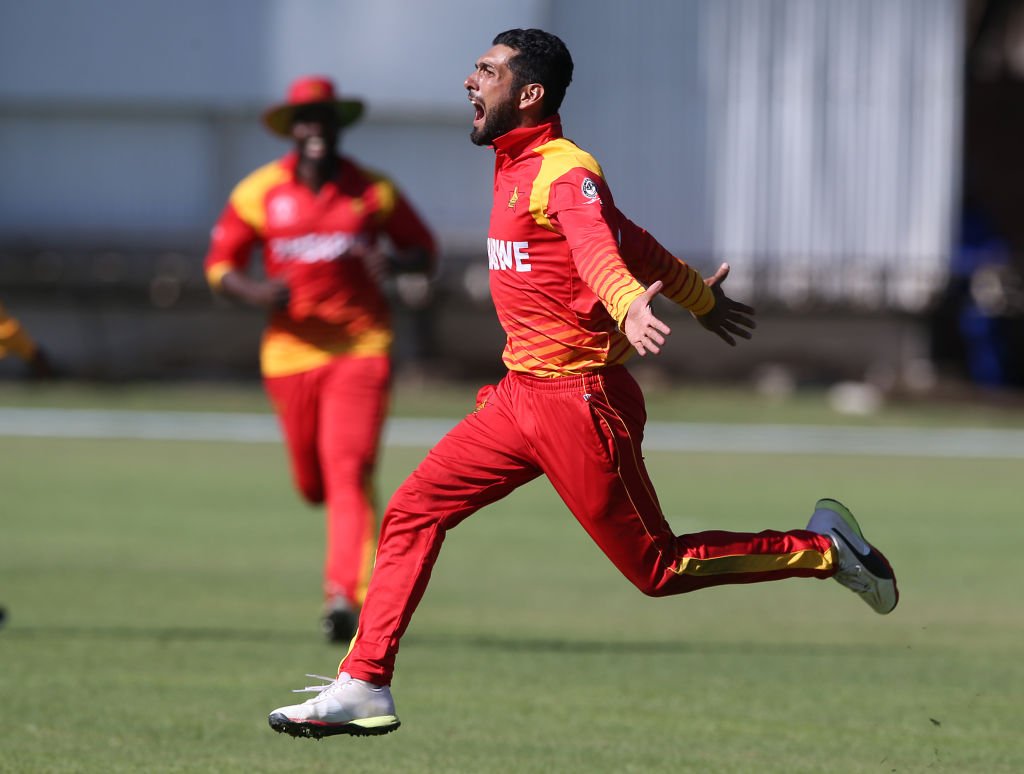 And so, rather than being remembered  for three weeks of intoxicating cricket, the epitaph for this tournament was Scotland being knocked out by five runs on the DLS method against the West Indies, minutes  after an egregious umpiring decision. Having overcome profound obstacles – only four ODIs against Full Members in the previous three years; receiving one-eighth the ICC funding of Zimbabwe; and numerous premature retirements due to their paucity of funding and fixtures – they deserved better.

The sadness is that the disconnect between the work done to globalise the sport and the rapacity of the largest Full Members has never been greater. As Sikandar Raza, the Zimbabwe all-rounder and Player of the Tournament, put it in his extraordinary acceptance speech: “When I started playing cricket I thought it was to unite countries, players, of different backgrounds, coming together to play this beautiful sport. Unfortunately we see that is not going to happen in next year’s World Cup.”

Related Story: Quiz! Name the top ranked Test bowlers at the start of the 21st century

Next year’s tournament in England and Wales manages an extraordinary conjuring trick – it has four teams fewer than the 2015 World Cup and takes two days longer. It is a damning indictment of the greed and short-termism of  the largest Test nations – and their ignorance, or inability to grasp, both the sterling on-field improvements and long-term commercial opportunities beyond the Test world.

England fans should know the decision to contract the World Cup – making the tournament both fatter and less inclusive – has been driven by their own representatives in the ICC. Giles Clarke, the ECB’s long-time delegate  in the ICC, explained this mindset best in the 2015 film Death of a Gentleman: “I have every right to put my board’s interests first.”