Jo Harman looks at England’s packed schedule across formats in 2021 – which includes the T20 World Cup in India – and the challenges that come with it for the players.

The England men’s team’s schedule for 2021 has taken shape, and it’s at once mouth-watering and mind-bending. Eoin Morgan’s white-ball sides are set to visit South Africa, India, Bangladesh and Pakistan before the T20 World Cup begins in India next October, in addition to home series versus Sri Lanka and Pakistan.

For Joe Root’s Test side, of which maybe half a dozen will be part of England’s T20 World Cup plans, with a handful also appearing at the IPL, the fixture schedule looks even more daunting.

England could well play 17 Tests next year (15 are already scheduled, with a two-match home series against New Zealand reportedly set to be added if both teams fail to qualify for the World Test Championship final), plus the Ashes finale at Sydney to kick off 2022. That would equal their previous record of Tests in a calendar year, set in 2016, just one behind the all-time record of 18, set by India in 1983. And this in a year when England hope to lift a global one-day trophy.

The outlook at least looks more positive for England’s burgeoning Test team than it did for that Indian side in ’83 – who must have questioned the wisdom of their fixture secretary after they failed to win any of those 18 matches – but over the next 12 months the ECB will be putting unprecedented demands on its players.

“The mental well-being and welfare of our players is crucial,” said Ashley Giles, England’s director of cricket, late last year. Despite those words of concern, his charges will be pushed to the limit in the months ahead by the schedule they’ve been handed.

Speaking on the Wisden Cricket Weekly podcast, Graham Thorpe, England’s assistant coach, said the playing and coaching staff “understand the responsibilities of what we’re all trying to do, which is to keep cricket out there, support the bodies which are hosting, and try to get it safely through [the pandemic]”. But the volume of matches England’s cricketers are asked to play has been steadily creeping up for several years, and it feels like we’re nearing breaking point.

If Root can avoid injury and last the distance, he’ll surpass Alastair Cook’s record for the most Tests captained by an Englishman during next winter’s Ashes, less than four years after taking the job. By the end of that series, Dom Sibley, who only debuted last November, could have 30 Test caps (it took Mike Atherton five years to reach the same tally). And Jofra Archer is on course to reach his half-century of appearances for England next summer, just two years since his qualification, all the while being expected to consistently top 90mph as though it’s the easiest thing in the world.

Players will be rotated, of course. But that’s easier said than done when you look at the significance of the challenges ahead.

Inevitably the focus is on the Ashes, but the nine Tests against India which precede it make the usual discussions about how England can win Down Under, or likely line-ups for the first Test at Brisbane, even more pre-emptive than usual.

You might remember the last time England played a double-header of this kind. It didn’t end especially well, with two careers terminated (one voluntarily, the other not so much), two irretrievably damaged, and a nascent captaincy almost ended before it had really begun. In part that was a team’s cycle reaching its natural conclusion, but testimony from the players involved in the 2013/14 Ashes left no doubt that the intensity of back-to-back series hastened its demise. A lot could change between now and next November.

So if the Ashes really is England’s primary focus, and Chris Silverwood and Root have indicated that it is, the ECB’s decision to prepare for that challenge by following a gruelling a four-Test tussle in India (where it’s worth remembering the hosts have lost Test in the last eight years) with a five-match series against the same opponents on home soil, suggests any lessons learned from that debacle in Australia have been swiftly forgotten.

June 2021, England v New Zealand
A possible two-Test series depending on who qualifies for the World Test Championship final

And it’s not just the welfare of the players that should be considered. It’s the quality of the entertainment on offer. Australians may recall it differently, with Mitchell Johnson’s savage demolition job still fresh in the memory, but there was a general acceptance that successive Ashes was not an experiment to be repeated. That you can have too much of a good thing. Familiarity bred contempt between the two sets of players (and within the England dressing room), and also, by the end, predictable fare, with the central narrative well-established and sub-plots running thin. 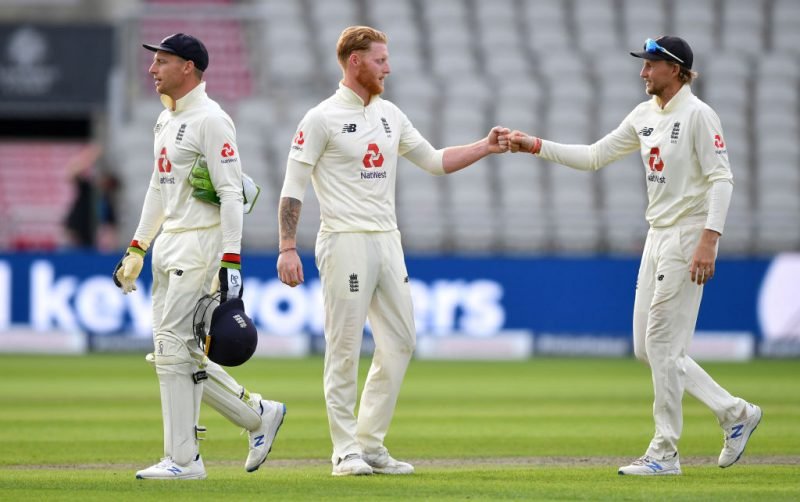 The ECB’s projected losses of £200m as a result of the pandemic may partly explain India’s bumper Test series next summer, and it’s hard to quibble if that is the case given the threat the game faces, but there is a risk that a bloated double-header diminishes what should be a marquee contest, and further drains England’s resources in the process.

When, for instance, do you tell Ben Stokes to step aside? Or rest your frontline quicks? This summer’s series against West Indies, and to a lesser extent Pakistan, provided opportunities for rotation, but pressure-cooker contests versus India and Australia are unlikely to offer that luxury. England cannot afford to be anything other than the best version of themselves against the side that sits top of the ICC rankings or the country that was deposed from that position in May.

The opportunities for Joe Root and his team next year are tantalising. In contrast to the enfeebled England side which arrived in Australia in 2013 for that fateful second installment of the Ashes, Root’s is a team on the rise, who enjoy each other’s company and celebrate each other’s success. They will arrive in Sri Lanka in January having won three Test series on the bounce for the first time in a decade, and, with a bit of luck, could finish it on top of the world. But if they’re to get there, they will have to do it the hard way.

This story was amended on November 27 to reflect the postponement of England’s ODI series in Netherlands, which had been originally scheduled for May 2021