In the latest issue of Wisden Cricket Monthly, out on May 20, we speak to 10 of England’s finest run-makers about the innings when it all just clicked into place.

Marking the 30-year anniversary of Graham Gooch’s masterful 154* against West Indies at Headingley, an innings widely regarded to be one of the greatest in Test history, English batting royalty – including David Gower, Charlotte Edwards, Mike Atherton, Kevin Pietersen, and Gooch himself – talk us through their magnum opus and the backstory behind it.

Ten years on from Kevin O’Brien’s whirlwind World Cup century against England, Calum Trenaman considers the impact that innings had – and continues to have – on Irish cricket, and the magazine is full to bursting with county cricket, including news and interviews from all 18 first-class clubs in our new ‘County Files’ section.

Andrew Miller writes that football is the new cricket after detecting some familiar hallmarks in the European Super League proposal, Elizabeth Ammon says the Blast has a golden opportunity to reassert its value, Isabelle Westbury voices her concerns for the future of independent journalism, and Andy Zaltzman explains the significance of the number 36 in his mind-bending column.

We also hear from Mason Crane on the secrets of leg-spin, and Sam Stow imagines a world in which Misbah leads his country to glory at the inaugural World T20, paving the way for Pakistan’s global dominance.

“Anyone can hit a good shot, that’s not the point. It’s the shots you don’t play, the misses that leave no trace, the risks you calculate, the scraps you escape from – this is what marks the real run-maker.”
Graham Gooch sets the scene for our cover feature 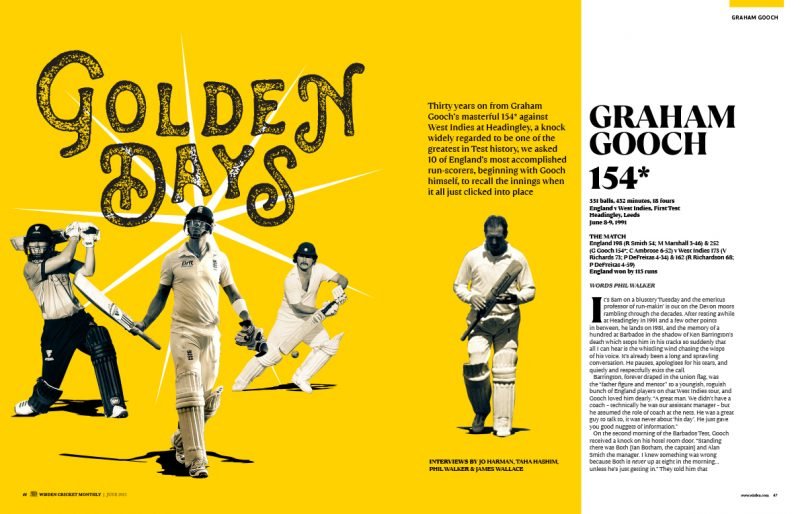 “You could argue this should have been my approach for the other 200-plus innings I played in Test cricket, which didn’t quite get the same care and attention.”
David Gower recalls the innings of which he is proudest

“What I do rely on is a pint of Guinness after every day’s play. That’s the secret right there. Plenty of iron.”
Darren Stevens reveals the reason behind his longevity, as part of the new ‘County Files’ section covering all 18 first-class counties every month 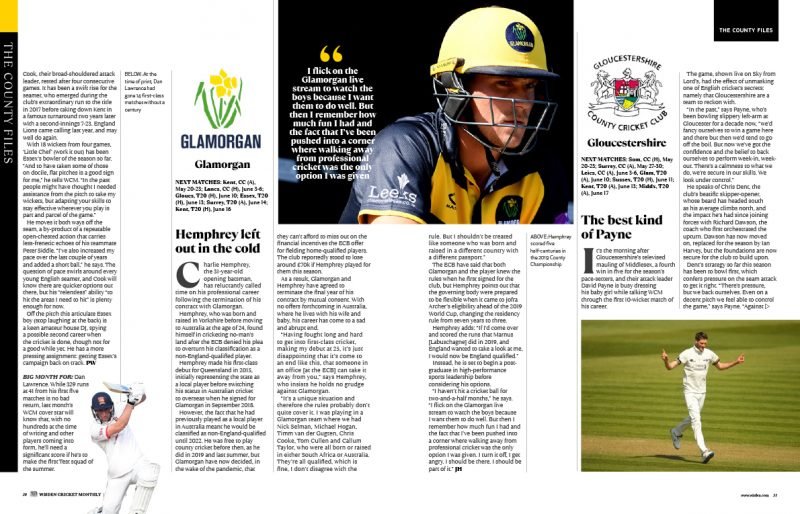 “When Florentino Perez, Real Madrid’s president, was interviewed on Spanish TV in the midst of the European Super League drama, he used phrases and sentiments that might as well have been summaries of the 100 million “data points” that the ECB claim went into the creation of The Hundred.”
Andrew Miller argues football’s quashed revolution took a leaf from cricket’s playbook

“The hardest side of it, when you’re not playing, is to not give in, and not give in to yourself.”
After warming the bench all winter, Chris Woakes tells Phil Walker he’s ready to make up for lost time 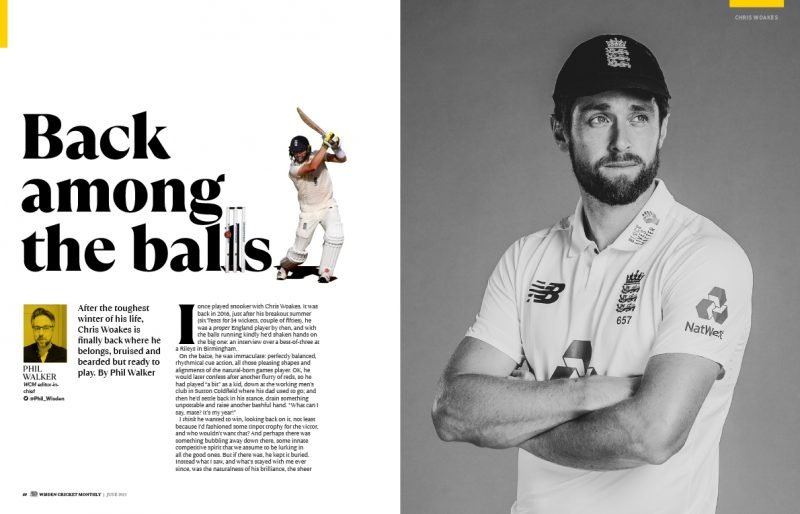 “The coach – who should be a confidant for the players, a mentor in many ways – is now essentially responsible for hiring and firing them as well. That becomes a barrier of trust.”
In a guest column, Mark Butcher says the ECB’s decision to abolish the role of a national selector and burden Chris Silverwood with more responsibility is fraught with danger

“For a year or two after the final, I thought it was a curse, that I didn’t get to push on in the way I wanted to.”
Carlos Brathwaite, who will be playing for Birmingham Bears in the T20 Blast, speaks to John Stern about struggling to live up to his exploits in the 2016 World T20 final 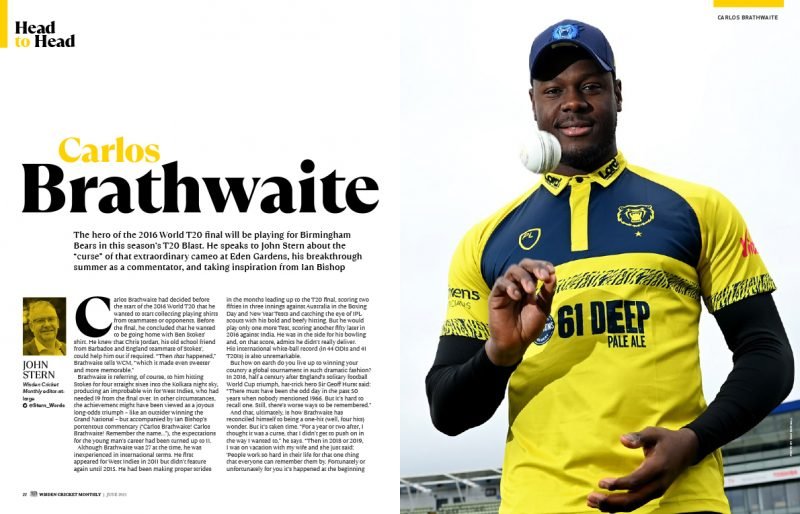 “I don’t think he ever had a net in all the time he was with us. He was far too good for that.”
Dennis Amiss picks Brian Lara at No.4 in Warwickshire’s Greatest XI

“It inspired me to want to play cricket for Ireland for moments like that. And it inspired so many kids in Ireland to view cricket as not just a game, but something you can play and be a professional at.”
Ten years on from Kevin O’Brien’s blitzkrieg in Bangalore, Ireland batsman Harry Tector speaks to Calum Trenaman about the innings’ enduring significance 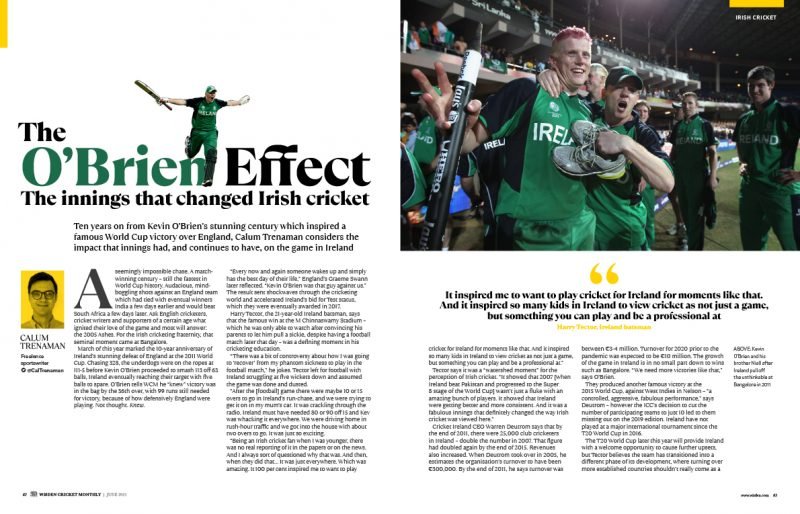 “Our manager Jeff Crowe organised a private screening of A Beautiful Mind starring his cousin Russell, who waltzed in at the end carrying the Oscar he’d won for Gladiator. Sometimes you just shook your head and thought, ‘How the hell did I end up doing this?’.”
In conversation with Andrew Alderson, Kiwi tearaway Shane Bond reflects on his all-too-brief but sparkling career 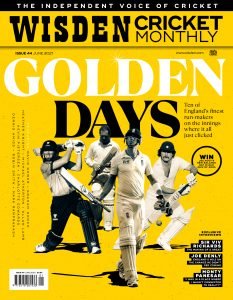