Kevin Pietersen was deemed to have “played his most brutal innings ever” by a fan after he laid into Pakistan batsman Ahmed Shahzad during an Instagram live between the pair.

Pietersen and Shahzad shared the screen in a session that lasted nearly 18 minutes, during the course of which Pietersen took Shahzad to task on his batting in the recent PSL 2020 – Shahzad totalled just 61 runs in seven outings for Quetta Gladiators, with a high-score of 12.

“I just want to hammer you about your batting,” said Pietersen. “Why are you not scoring runs?” he asked, to which Shahzad said, “I have tried my best in this IPL [PSL]. I have been working really hard. Sometimes, you know, as a cricketer, you try everything, but it’s not coming.”

Pietersen kept intervening, saying, “Shezzy, I’m not a journalist, I’m your buddy, so don’t talk to me like you are in a f****** press conference.”

Shahzad then said: “You want a clear answer? I was playing No.3, and I tried, but it was not helping me. It was my first time that I played the entire tournament at No.3. I never complained. I was doing my best, I tried my best, but it was not coming.” 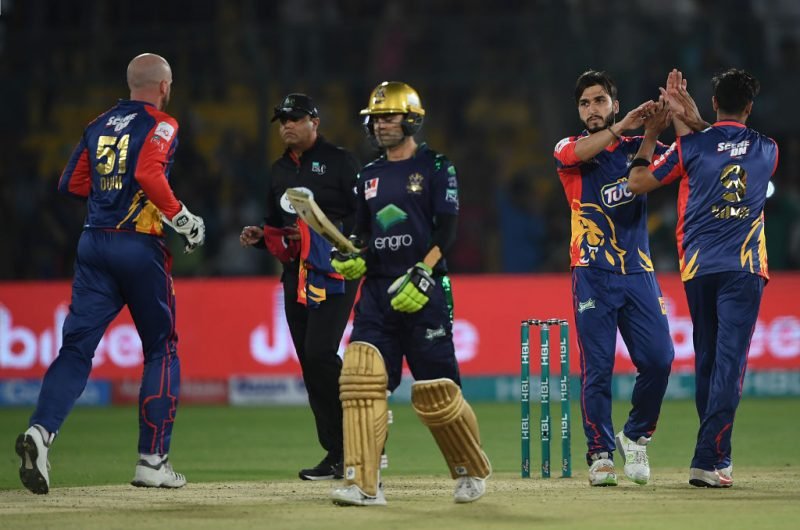 “I think you must go and bat at 13. Go and bat 13 for Quetta Gladiators next season … No.13 for the third team, not even for the first team. You’re going to carry drinks!”

The conversation wasn’t all banter. Pietersen and Shahzad spoke of their careers as well, with Shahzad going on to ask Pietersen about his fascination for wildlife, and in particular, rhinos.