Virat Kohli took the day off, so Rohit Sharma took over, slamming a 137-ball 162 to lead India to a 224-run win over the West Indies in the fourth one-day international in Mumbai, to take a 2-1 lead.

The West Indies have been quite competitive in the series. After losing the first ODI, they bounced back to tie the second and win the third as Shai Hope and Shimron Hetmyer put up good shows with the bat to keep them in the hunt. Not to forget, the results have come even as Kohli slammed three centuries in a row in the first three games.

On Monday at the Brabourne Stadium, Kohli was dismissed by Kemar Roach for 16, but Sharma then built another of his giant knocks.

He now has 21 centuries in ODI cricket. Of those, three are double centuries – two more than anyone else. Four other times he has reached 150. In 2018, he has reached three figures five times. Thrice he has remained unbeaten, including earlier in the series, and both the centuries against the West Indies so far have been big ones: 152* in Guwahati and now 162.

Related Story: Why Alyssa Healy is annoyed with IPL restructure

On Monday, Sharma was dismissed in the 44th over. Had he stayed on, a fourth double might not have been out of the question.

“(Ambati) Rayudu was telling me from the other side that I can get a double hundred. But I was just trying to focus on my batting and not to think about how I’m going to get to double hundred. The three double hundreds that I’ve got, I had never thought about getting them,” said Sharma after the game.

That's that from Mumbai.

A huge win for #TeamIndia as they win by 224 runs with the series now at 2-1.#INDvWI pic.twitter.com/uzwQ77gpjM

Despite all those incredible numbers, this was Sharma’s first ODI century in his hometown of Mumbai.

“When you come to a ground where you have played enough cricket, you feel confident of going into a match. That was my mindset before walking out to bat,”  said Sharma of playing at Brabourne Stadium.

“I understand the nature of the pitch and what it does when the spinners are bowling, what helps the spinners when the ball turns. Those things are important.”

For the West Indies, it was no real surprise to see Sharma scoring big runs against them. Apart from the two centuries in this series, two of his three Test centuries are also against the same opponents. 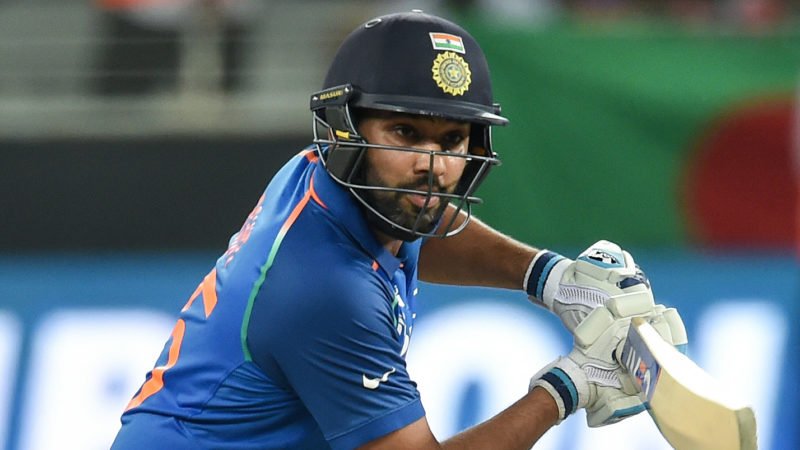 “The three double hundreds that I’ve got, I had never thought about getting them”

“It’s tough … he is a really good player. Once he gets in there, he goes really big,” pointed out Jason Holder, the West Indies captain. “We just have to hang in there, probably bowl outside off stump and trying to get his wicket.

“There’s no point in sticking to line and lengths for the first 10 overs and trying to contain. You know how dangerous he can be once he gets in the flow, so you have got to get him out (early).”

Kohli has hogged the headlines in the series, as he often does, but Sharma has been only a little bit behind his captain. The West Indies will have to be at their very best to counter the twin threat – not to forget Ambati Rayudu, who scored 100 in the fourth ODI – to square the series.