Back in 2016, the outrageously talented Chris Lewis picked his standout moments from a career that never failed to fascinate.

All bets are on

The first significant moment in my career was signing a contract with Leicestershire at the age of 17 and mixing with players of the calibre of David Gower and Peter Willey. Ken Higgs [Leicestershire coach] spotted me at a training session and taught me the skills I would need to become a professional cricketer – otherwise I don’t think I would have made it. After a couple of weeks of training Ken told me I was going to play for England. We had a bit of a wager and I bet him that if I did play for England I’d give him half my salary. I figured either which way I was going to win!

To be told by someone like Ken that he thought I was going to play for England took a bit of digesting. Only a few months before I didn’t even necessarily think I’d be a professional cricketer. Of course you like to think you’re good enough, but you don’t know until you actually go and do it. The defining moment that year was my first second XI game, against Glamorgan, when I scored a fifty and took some wickets. Becoming a professional seemed a big jump and I wasn’t sure I was ready, but that was confirmation I was good enough.

This was probably the proudest moment in my whole cricketing experience, putting on the England cap for the first time. I wasn’t initially on the tour, I was called up as a replacement for Middlesex fast bowler Ricky Ellcock, and the thrill was not necessarily knowing if I would play. To be picked was further confirmation that I was ready.

Taking it to the Windies

I’d been dropped and this was my comeback, so it was important that I performed. I scored a fifty [from No.10] and took a six-fer, which remained my best bowling figures in a Test match. The question was asked many times how England’s Caribbean-born players felt about playing West Indies but we’re talking about sport: I’m allowed to beat anybody up in sport, aren’t I? Having grown up in Guyana, it made me want to impress even more.

This was probably the best one-day team I played in. I thought we were the best team in the competition so it was so disappointing to lose in the final. I suppose that defeat ruined my year really – whenever people talk about 1992 it tends to be the World Cup final, and it’s about us losing and me getting out first ball [playing on to a Wasim Akram inswinger]. Begrudgingly, 20 years later, yeah… it was a good ball! It’s the quality of the man: two fantastic balls that changed the course of the World Cup. 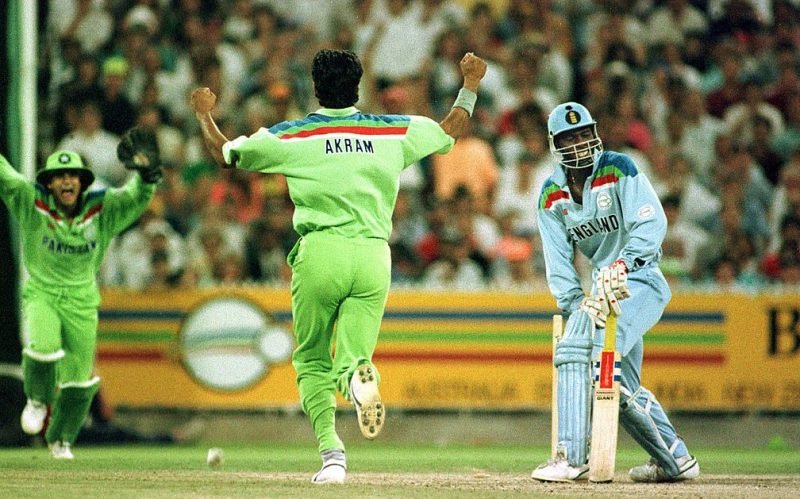 A lot of cricket is about your own self-belief and once you have that belief, things tend to happen for you a lot more. This was an important innings for me. As a secondary thing, you would sometimes like to suck it to people, but that’s not actually the motivation. That’s not the purpose. It’s really about self-belief. Because with that, you can go places. A lot of these moments signify to me that I was capable, and then you look to move on and try to build on that. In the case of Madras, that was a one and only [Test century] but it still showed that I could do it.

This was my best season in county cricket. I was fit, I was strong, but at the end of that year I got my hip injury and, even now, aged 48, I’m still nursing it. I was climbing high at that stage of my career but I never got any higher because physically I wasn’t able to. I missed almost all the games the following year and from that season on I was never quite the same mover.

This was the famous Test match that Jack Russell did a painting of and he gave us prints, which I still look at from time to time. I remember Daffy’s [Phil DeFreitas] fireworks gave us half a chance and then Devon [Malcolm] started it all with the ball. I think he nicked off Mark Taylor and then knocked the heart out of Australia. I dismissed Greg Blewett, which was a major wicket because he was scoring hundreds all the time. This was one of those afternoons where everything went our way, apart from me being fined for showing Craig McDermott where the dressing room was. Craig wasn’t the quietest person when he was bowling, so when the roles were reversed I had a couple of words for him and then gave him directions back to the dressing room in case he was lost. It’s a big outfield at Adelaide and I try to be helpful.

I was recalled to the England team and got Man of the Series in the one-dayers against India and was then leading wicket-taker in the Test series. Then Pakistan arrived and I don’t think I bowled particularly well at Headingley and the next Test was the one I turned up late for at the Oval, and that was the last time I played Test cricket. With hindsight, I don’t necessarily think that I was the easiest person to manage – I was busy enjoying a lot of things at the time – and I suppose I’ve got to take responsibility for that. At this point, there’s no frustration. I represented England and even that was more than I hoped for at the beginning of my career. 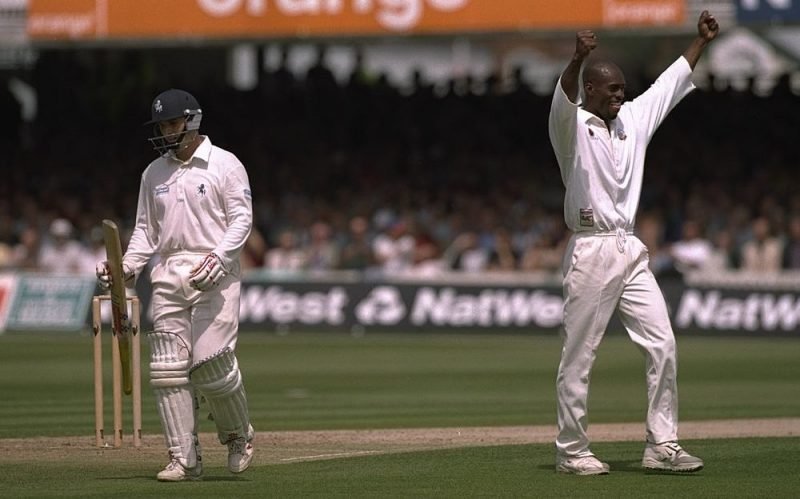 I had wonderful times at Surrey, winning the Sunday League and the Benson & Hedges Cup. I think I played quite a part in the victory in both those competitions. I remember my first over went for about 13 [in the B&H final] and when I went to field at fine-leg I decided I was going to simply run in and throw the ball down as quickly as I could. It worked out and we had the best day at Lord’s. Ben Hollioake made it quite simple for us. He was the only batsman that day who made the wicket look really easy.