Over the years, the Asia Cup has been the stage for Asian powers to assert their limited-overs supremacy, and the sub-continent giants have been involved in some high-octane clashes.

India have won six of the 13 editions of the tournament so far, while Sri Lanka have won five and Pakistan have emerged victorious on two occasions. India won the first-ever Asia Cup, held in 1984, as well as the last tournament – played in the T20 format – in 2016, and the tournament has seen several nail-biting encounters over the years.

Related Story: Marks out of 10: Pakistan player ratings for the 2022 T20 World Cup

Here are five most exciting face-offs from the past. 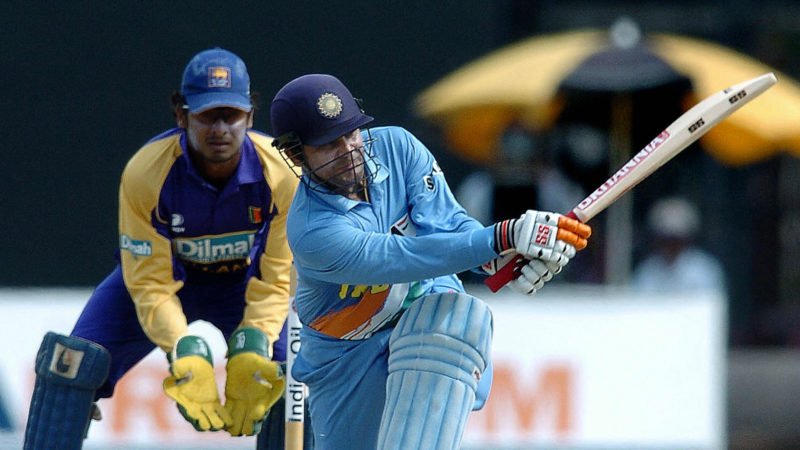 In the 2004 edition held in Sri Lanka, India found themselves caught in a tight situation with the hosts, who needed 37 runs off 42 balls with both Tillakaratne Dilshan and Sanath Jayasuriya – who had brought up his 100 off just 95 balls – set at the crease, after putting up an imposing 271-6. India captain Sourav Ganguly threw the ball to Virender Sehwag, who had starred with his 81-run knock earlier, and he responded immediately by bowling Dilshan through the gate.

Upul Chandana hung on with Jayasuriya from thereon but four overs later, with 18 needed off the last three overs, Sehwag removed the danger man, Jayasuriya, who was batting on 130. As it turned out, Sri Lanka eventually fell five runs short of the target as Irfan Pathan dismissed Chandana in the penultimate over and Zaheer Khan successfully defended 11 off the last. 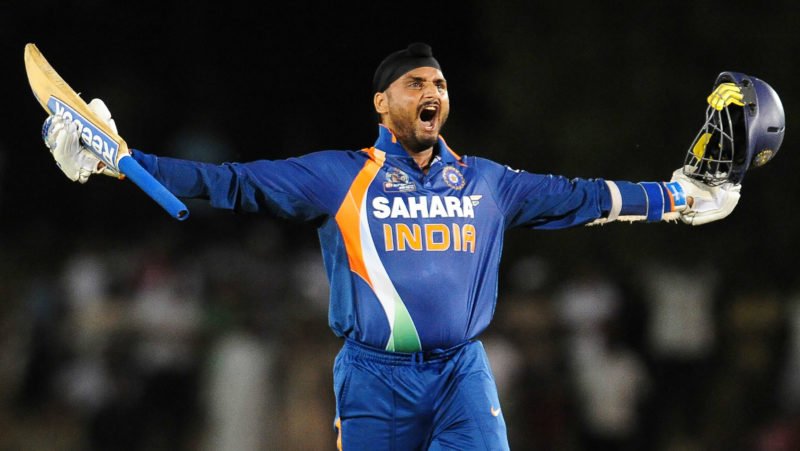 Harbhajan Singh stunned Pakistan with his cameo in 2010

Singh eliminates Pakistan in a cliffhanger

In response to Pakistan’s 267 in a group-stage game of the 2010 Asia Cup, India found themselves in trouble at 219-6 in the 46th over when Singh walked out to give Suresh Raina company. The duo brought the target down to seven off the last over. Gautam Gambhir (83) and MS Dhoni (56) had struck half-centuries earlier, but it was down to Singh and Raina to take India past the line.

There was a setback straightaway. Raina was run out on the first ball of the last over, trying to sneak in a bye, and suddenly it was all down to Singh, who had to get three runs off the last two balls. Unperturbed, he swung Mohammad Amir for six off the fifth ball, sending the Indians in the stands into ecstatic celebrations and eliminating Pakistan from the tournament. 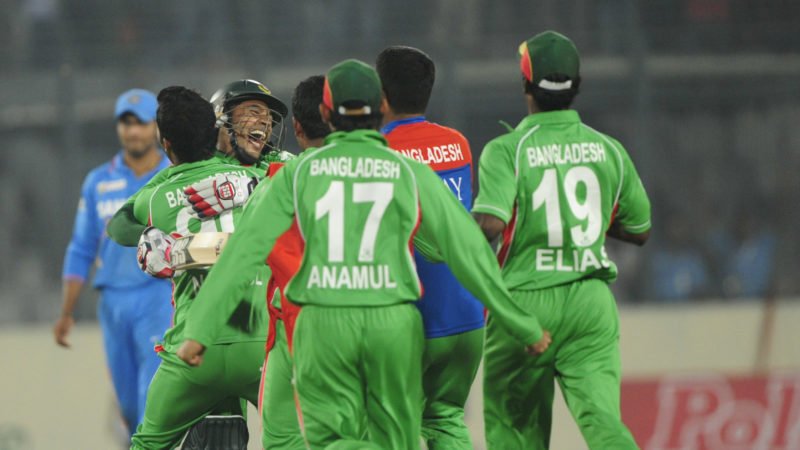 A game that is now remembered for Tendulkar’s 100th international century was also the one where Bangladesh beat India for the first time in Asia Cup history. Tendulkar’s 114, Virat Kohli’s 55 and Raina’s 51 took India to 289-5, an imposing total for sure, but Bangladesh had their eyes set on history.

Tamim Iqbal (70), Jahurul Islam (53) and Nasir Hossain (54) all scored half-centuries and left the rest of the men with 16 to score off the last two overs. Mushfiqur Rahim collected a six and a four in the 49th to bring the target down to two runs off the final six balls, and Mahmudullah smashed Ashok Dinda for four in the last over and sent the Mirpur crowd into a frenzy. 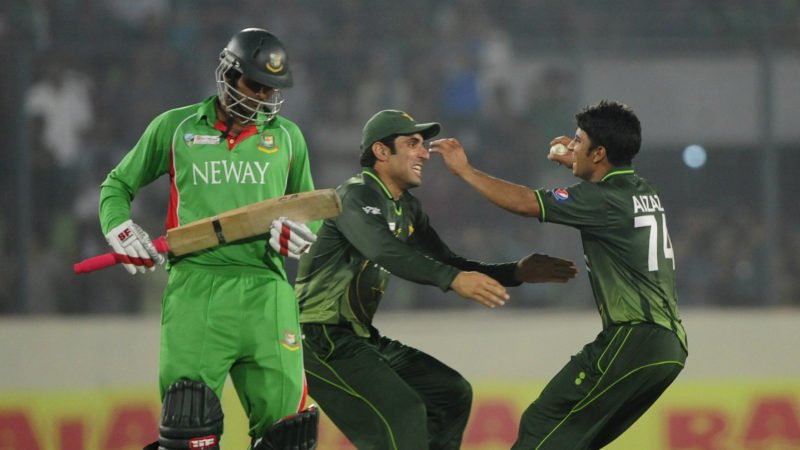 Bangladesh lost to Pakistan in the 2012 Asia Cup final

The 2012 Asia Cup at home saw Bangladesh come close to winning the title, as they made the final and restricted Pakistan to just 236 after electing to field first. Sarfraz Ahmed top-scored for Pakistan with 46 while Mohammad Hafeez chipped in with 40. The target looked to be within the hosts’ reach, but it wasn’t to be as Pakistan held their nerve in a last-over thriller.

Related Story: How India can still get knocked out of the T20 World Cup, despite victory over Bangladesh

Fifties from Iqbal (60) and Hasan (68) left Bangladesh with 39 to get from the last four overs and when Mahumudullah and Masrafe Mortaza collected 14 off one Umar Gul over, Bangladesh could smell victory. But the last over proved out to be catastrophic for Bangladesh as Aizaz Cheema conceded only six runs with nine to defend and took Pakistan to their second title.

When the Pakistan bowlers restricted India to 245-8 in their 2014 Asia Cup clash in Dhaka, it looked like a stroll in the park for Misbah-ul-Haq’s men. However, India roared back into the game and despite a fighting 75 from Hafeezm had Pakistan eight down for 235 with 10 needed off the final over – Bhuvneshwar Kumar had just bowled an excellent 49th, conceding just three runs and picking up two wickets.

With all other bowlers bowled out, India captain MS Dhoni trusted spinner Ravichandran Ashwin with the last over and it seemed to be the right decision when Ashwin bowled Saeed Ajmal on the first ball. But Afridi had other intentions. With nine needed off three, he smashed Ashwin for two consecutive sixes to seal the deal for Pakistan.