It was strangely fitting that Sam Billings was the next man in as Jordan Cox and Jack Leaning shared a club-record partnership of 423 in Kent’s Bob Willis Trophy encounter with Sussex. “Anyone know the best remedies for pad rash? Asking for a friend…” joked Kent’s skipper on Twitter as Cox and Leaning put on the third-highest unbroken second-wicket stand in the history of first-class cricket.

Billings has had to get used to biding his time in recent seasons, whether that’s while carrying the drinks on white-ball duty with England, or in his four seasons at the IPL (where he impressed sporadically without nailing down a regular position), or recovering from a dislocated left shoulder which ruled him out of the World Cup and the majority of last summer.

“I’m a 29-year-old who’s probably played a 25- or 26-year-old’s cricket,” Billings tells Wisden.com. It’s a fair point. Since making his debut in 2011, the keeper-batsman has played just 69 first-class matches. Compare that to, say, Dan Lawrence at Essex, who is six years Billings’ junior but already more experienced in the longer format. In 50-over cricket, Billings’ 94 matches are dwarfed by direct contemporaries Joe Root (185 appearances) and Jos Buttler (213), while even in T20 – the format Billings is best known for – he’s played considerably fewer games (169) than Buttler (252) and fellow 29-year-old James Vince (219).

Last December, Billings announced that he would not be playing any franchise cricket this year in order to “focus on a big year for Kent”. He wanted to build on an impressive run of form at the end of last summer which saw him hit three centuries in consecutive Championship innings (doubling his tally of first-class hundreds in the process). And then the global pandemic struck.

Even when cricket finally resumed, and Billings was selected for England’s ODI series against Ireland, he was set for another stint on the sidelines, with Joe Denly originally selected ahead of him for the first match at the Ageas Bowl. However, a back injury to his Kent teammate opened the door for Billings and, batting in his preferred position at No.5 for the first time in his ODI career, he seized his chance, seeing England home in the first two matches with scores of 67* and 46* when a flurry of wickets had left them in a precarious position. 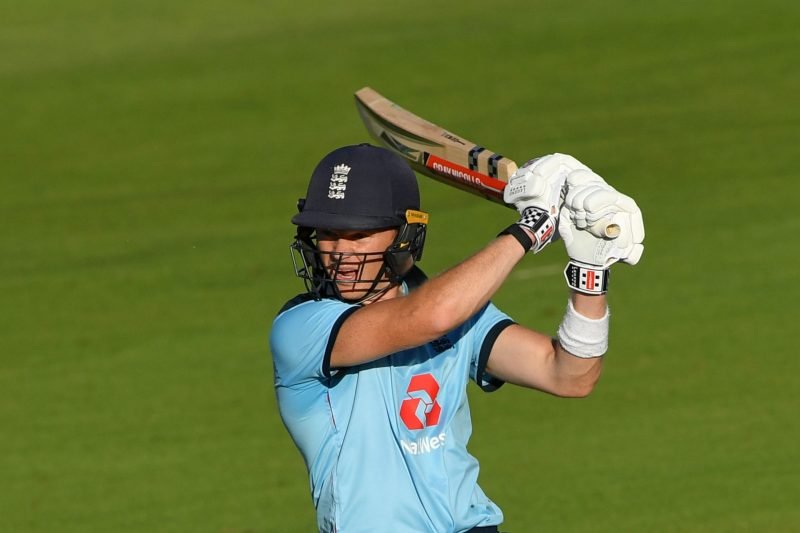 “In the past I’ve put way too much pressure on myself to take the opportunity,” he says. “But I felt fluent from the start, even in the practice matches I felt good.

“As Eoin Morgan said at the start of the series, there is more opportunity for people to nail down a spot in the middle order [than at the top] and all I can do is put my hand up for that. From my point of view, that’s definitely my best position. I’ve done it consistently for Kent, and actually averaged over 50 in the last five years, with a strike rate of over 120, so it’s a role that I’m comfortable in. I’ve won games for Kent and now it’s about translating that into consistent performances for England if the opportunities present themselves.”

Billings’ numbers for England don’t jump off the page but the experience he’s gained playing franchise cricket around the world, his range of strokeplay and cool head in a run-chase make him a strong contender for a middle-order berth should a space open up. Given his impressive performances against Ireland, Australia’s forthcoming tour is likely to provide further opportunities.

“You’ve got to be able to adapt to the situation,” he says of the middle-order role he covets. “You’re probably never going to be the top run-scorer in a series. It’s about winning games and getting the team across the line. Walking the team off with not-outs, as I did in the first two matches against Ireland, that’s the epitome of the role really.

“It’s as crucial a role as any, and it’s a brutal role as well. It’s taking the rough with the smooth. One of the other bigger skills, which I think I’ve done pretty well, is rotating the strike through the innings. That’s something AB de Villiers does as well as anyone – everyone sees the sweeps, the sixes and everything else, but his dot-ball percentage is phenomenal. That’s something I’ve looked at and tried to continually improve. That’s a key aspect of that middle-order role, for sure.”

As something of a late developer (former Kent captain Rob Key later told Billings he had thought he was “rubbish” when he first saw him play), there has always been a sense that Billings is making up for lost time. But he insists there is no immediate hurry and looks to the sensational form of England’s white-ball captain for motivation.

“For me, the biggest inspiration, certainly over the last few years, has been Eoin Morgan. He’s playing his best cricket and he’s 33. He’s probably been in the form of his life over the last two years. That’s someone who I want to emulate. Mike Hussey is another great example of what can be achieved. Age is only a number and experience can only help you, as long as you look after yourself off the field.”

His international ambitions stretch beyond the white-ball game, too. Competition for the keeper-batsman role in England’s Test side is fierce – with Jos Buttler, Ben Foakes, James Bracey and Jonny Bairstow all currently ahead of Billings in the pecking order – but if he can continue the form he showed at the backend of last season, there may yet be an opportunity. Billings is rumoured to have already come under serious consideration for England’s Test side, ahead of the tour of Sri Lanka in late 2018, despite the fact that he’d played only a handful of first-class matches that summer.

A potential obstacle is that he hasn’t been keeping wicket for Kent in first-class cricket recently, with Ollie Robinson, the talented 21-year-old who has already represented England Lions, taking the gloves to lessen the burden on the skipper. However, Billings doesn’t necessarily see that as a problem.

“The games when I’ve kept for England, and also for Kent, my keeping has been very solid. I’ve had the benefit of being a keeper since a very young age and it comes pretty naturally. I think people know what I can do. A keeper has to be solid with the gloves, of course, but you’ve got to be able to average around 40, certainly above 30. For me, I think it’s just about getting runs on the board. That’s the feedback I’ve got – just keep piling up the runs.”

Related Story: How undercooked is England’s Test squad for the India series?
For now, though, the focus must be on England’s white-ball sides. Five years on from his international debut, Billings’ career stands at something of a crossroads. Can he establish himself as a regular in the side? Or will he continue to be a peripheral figure who fills in where required? Given the right opportunity, we might be about to find out.