From Plum Warner’s last hurrah to Nottinghamshire’s penultimate ball win, Elgan Alderman picks out a selection of the most thrilling climaxes in the County Championship history.

Aged 46, Pelham ‘Plum’ Warner had wanted to relinquish the Middlesex captaincy but was persuaded to have one last hurrah in 1920. The Seaxes trailed Lancashire by a distance before eight wins on the bounce brought them back into the reckoning. They had to win their last game at Lord’s against Surrey, who along with Lancashire were also in contention. Midway through the final day it looked as if Warner would be denied his fairytale finish, with Lancashire comfortably winning and Middlesex needing to bowl out Surrey in three hours, but Patsy Hendren took “the best catch of (his) career” to precipitate a collapse and give the ‘Grand Old Man’ of English cricket a fitting send-off.

In 2007 Sussex won their second consecutive title but Lancashire came agonisingly close to a smash-and-grab victory at The Oval that would have stolen the trophy. Chris Adams’ side had done what they needed to do, Mushtaq Ahmed’s 13-wicket haul comfortably seeing off Worcestershire, but then had a five-hour wait to see if their title rivals could chase down an implausible 489 against Surrey. A vintage ton from VVS Laxman put Sussex through the ringer but Lancs eventually fell 25 runs short, leaving Mark Chilton choking back the tears. “The lads are just broken,” said the Red Rose captain. “We can’t believe it.” 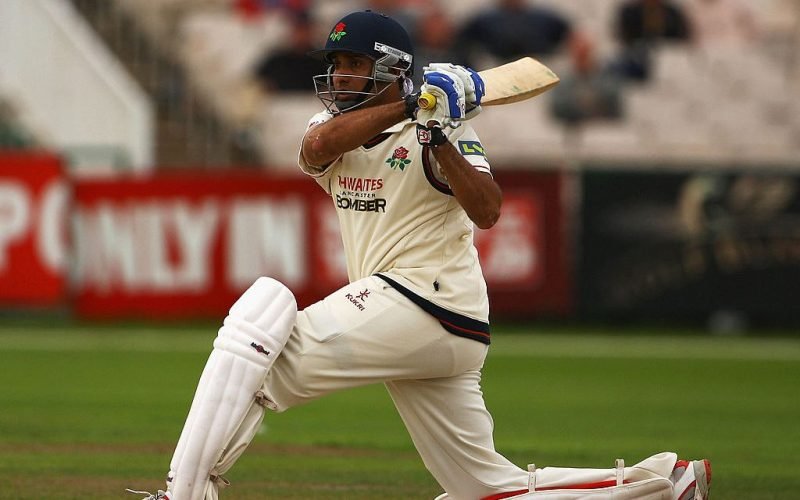 Defending champions Hampshire went into their final home match of the 1974 campaign two points ahead of Worcestershire. It was a surprise that they had not settled the matter earlier, having gone 31 points clear in early August, but rain had cost them and Worcestershire took advantage with three wins in a row. What happened next?Well, nothing much beyond a deluge of rain which meant that Hampshire’s final game against Yorkshire was abandoned without a ball being bowled. The last two days of Worcestershire’s match at Chelmsford were also lost to the weather, but the four bonus points they accrued on the first day were enough to pinch the pennant.

In the scorching summer of 1911, Warwickshire became the first side outside the traditional ‘Big Six’ to win the title. They were inspired by their debonair captain, the 22-year-old Frank Foster,who scored 1,383 runs at 44.61 and took 116 wickets at 19.15 with his left-arm seam. The Bears went into their final match at Northampton needing a win to usurp leaders Kent and Foster, in tandem with veteran fast bowler Frank Field, skittled Northants for 73 and 175. 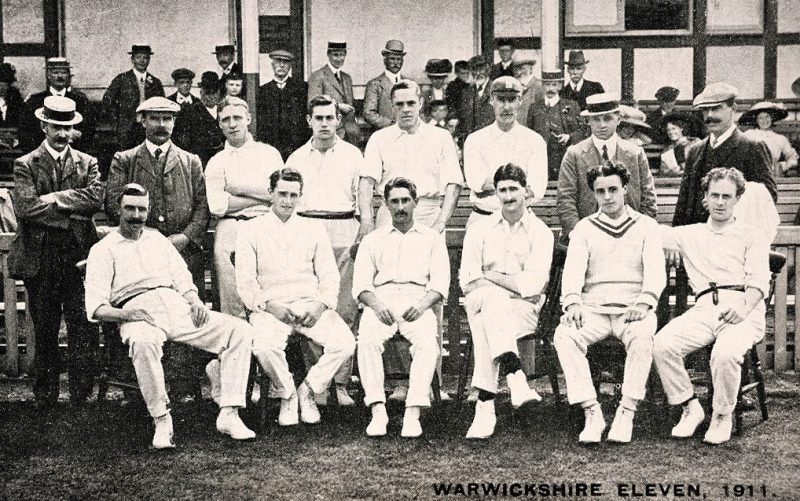 The title-winning Warwickshire team of 1911

In 1959 Surrey were looking for their eighth title in a row but their ageing side was creaking and Yorkshire were waiting to pounce. It came down to an exhilarating final-day chase at Hove, with Yorkshire set 215 to win in 105 minutes. Inspired by a partnership of 141 between Bryan Stott and Doug Padgett, they reached their target in 28.3 overs, and Surrey’s failure to beat Middlesex gave Yorkshire their first outright title in 13 years.

Having gone unbeaten for 26 matches, Lancashire were rumbled by Sussex in their penultimate game of the 1927 season and then drew at Leicester. It left Notts needing only a draw against winless Glamorgan to become champions but they conceded a first-innings deficit of 142 and were then dismissed for 61 to lose by an innings. William ‘Dodger’ Whysall, George Gunn and Wilfred Payton had scored almost 5,000 runs between them in the campaign but in the decisive fixture they were no match for Jack Mercer, the Glamorgan seamer taking 6-31.

Ten of England’s greatest uncapped players – the powerhouses of the county game who never got a crack at Test cricket.https://t.co/Jo7qKWnU6D

4. Slicker than your average win

Kent were miffed when they were denied a bowling point during their mid-season victory at Edgbaston in 1988 because two members of the opposition were unfit to bat and come the last round of matches they trailed Worcestershire by, you guessed it, one point. They made short work of Surrey but Worcestershire were on course for victory against Glamorgan at New Road until the teams turned up on the final morning to find vandals had poured engine oil over the wicket. A feverish attempt to dry the pitch ensued and Worcestershire were eventually able to complete an innings victory, winning the title by a single point. 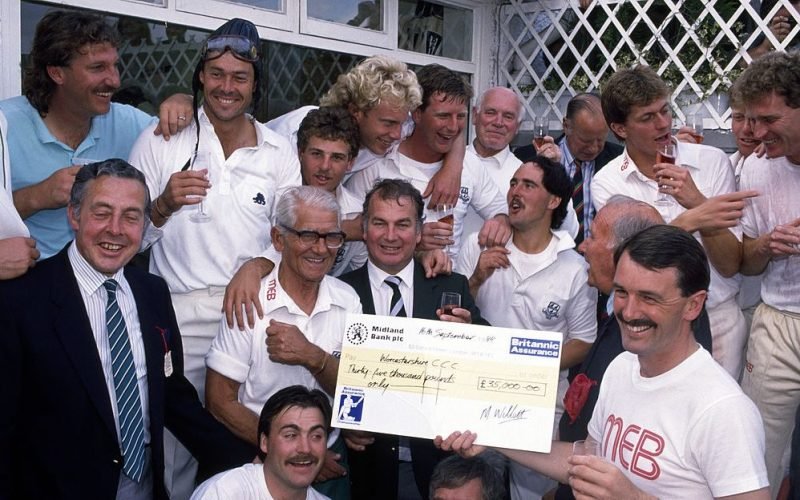 Three points adrift of Warwickshire, Lancashire lay in wait as the 2011 season reached its climax. Heading into the final day Lancs had reduced Somerset to 105-5 – a lead of just five – while Warwickshire had Hampshire 43-3 after enforcing the follow-on. Warwickshire were denied a win by dogged centuries from Michael Carberry and Neil McKenzie, and Peter Trego threatened to thwart Lancs at Taunton until Gary Keedy ran the last Somerset man out with the first direct hit of his 17-year career to give Lancashire 34 overs to chase down 211. Steven Croft and Karl Brown steered Lancs to victory with five overs to spare. 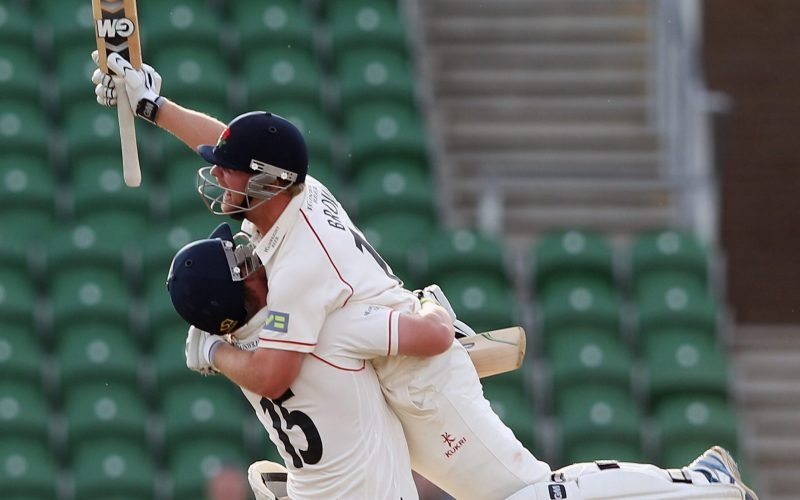 2. No chance of a Bore draw

A two-horse race between Essex and Nottinghamshire was decided by the penultimate ball of the 1984 season. Notts had a four-point lead going into the final round of fixtures but a 10-wicket victory for Essex at Old Trafford meant Clive Rice’s side needed to win at Taunton to take the title. Set 297 in 60 overs, it came down to 14 required from the final over with Notts’ last-wicket pair in the middle. Mike Bore hit 10 of them and then launched the fifth ball back over the bowler’s head but into the hands of sub-fielder Richard Ollis. Pandemonium broke out in the Chelmsford pavilion where Essex’s players had been gathered around a radio all day.

The 2016 finale was a humdinger, with first and second in the table meeting for a showdown at Lord’s, and third-placed Somerset still in the mix. Once Somerset dispatched Notts, leaders Middlesex knew they needed to beat Yorkshire if they were to win their first title for 23 years. With the match drifting towards a draw, Middlesex declared, leaving Yorkshire to chase an agreed target of 240 in 40 overs. That came down to 87 required from 10 with six wickets in hand, with Tim Bresnan leading the charge, but the all-rounder’s dismissal prompted a collapse. The end was as swift as it was dramatic, Toby Roland-Jones clean bowling Ryan Sidebottom to complete a hat-trick and spark scenes of delirium.