Taha Hashim goes down to Lord’s to watch AB de Villiers make his Middlesex debut and takes in a special knock of 88 not out from the ex-South Africa batsman.

So life goes on. No, you’re not hallucinating. Sunday happened. It really did. But it’s time to go back to Lord’s.

The sun drenches the hallowed turf on a Thursday evening and it’s a packed house for Middlesex’s opening T20 Blast game of the season. But still, it’s like trying to headline after The Beatles have opened for you; you may as well call it quits. 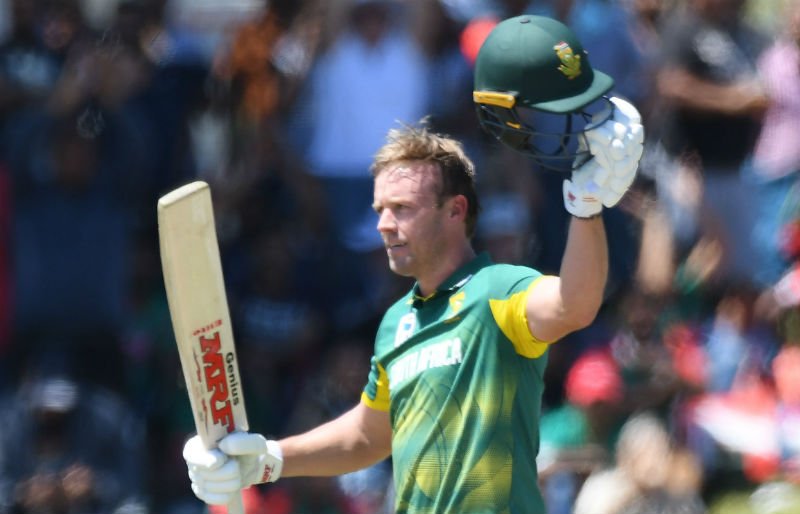 De Villiers called time on his international career in 2018

We’re in luck, though, because London’s come calling for AB. Abraham Benjamin de Villiers has had an interesting couple of months. When he called time on his international career in May 2018, he was a man “out of gas”, tired by the international grind. A last crack at the World Cup crown was turned down.

The Proteas went to the 2019 tournament, lost three on the bounce, and then came the revelation that de Villiers, on the eve of the World Cup squad announcement, had made his services available to Cricket South Africa only to be rejected. Last week, de Villiers extended the story to say that he had contacted Faf du Plessis for a chat, telling him that he was “available if required… but only if required”.

But forget the talk. He didn’t play the World Cup – a crying shame – but he’s here now, kitted out in pink, just like the time he picked on West Indies.

Essex bat and de Villiers is at long-on when Nathan Sowter bowls to Dan Lawrence. Lawrence looks like he’s going to clear the boundary, but AB’s watching. Ever the psychic, he takes his eyes off the ball to look at the boundary, then glances back, takes the catch and turns with a ballerina’s touch to then flick the ball to George Scott for the final grab while he plays hopscotch on the boundary rope. It’s a trailer before the movie starts.

The target is 165 and out he strolls in the sixth over, the score 39-2. He pulls for a single from the very first ball, almost in slow motion, not with the elegance for a striking pose in front of the camera but with a swivel that hints at a bit of scratchiness. He hasn’t played a game for over two months after all.

He scampers for singles and twos, and then comes ball 7.3. AB has hand on hip, and he surveys his surroundings. Midwicket is where he wants to go but now he’s keen to channel the old-school Ronaldinho look-here-but-I’m-really-going-there move. Bopara runs in and de Villiers doesn’t move his feet, just those glorious hands that swish the ball down the ground. For a split second you think he’s just hit it down Simon Harmer’s throat at mid-off but no, have faith in AB. He’ll reward you.

There comes a slap over extra cover for six off Bopara, and Harmer is feasted upon too. And then arrives the poor figure of Lawrence. Poor, poor Lawrence. Around the wicket with some part-time spin and AB sends the ball high towards the Grand Stand. Mind the roof, AB. Throw in a full toss and de Villiers sends it down the ground for four.

It’s a song and dance of brutality as he revels in the Lord’s hubbub, and there’s a six that travels into a hospitality box as de Villiers takes his target practice out into the crowd. From what seemed to be a slightly nervy chase, he closes the match with 10 from his last two. He finishes on 88 not out from 43 balls. That’ll do. For us, that is. Not AB.

“I’m still not feeling like I was 100 per cent in control,” de Villiers says after the match. “I feel like I can still play better. There were a couple of punches straight that I played and missed, and edges. A little scratchy from time to time but every time I took on the boundary I hit them well. Maybe I should just stick to that.”

Five group matches are left for the South African legend. He’ll be at The Oval, he’ll be at Cheltenham and he’ll even make a trip to Wales. Richmond will also get a bit of AB action. Get yourself down there.

It’s not silly to say that nothing will ever top Sunday for English cricket. Lord’s will probably never see a better match. Eoin Morgan paraded the World Cup trophy at the innings break to remind everyone. But to watch AB de Villiers spank the ball to all parts isn’t too bad an afterparty.