Back in 2005, as an Ashes series for the ages brought cricket into the general public’s consciousness, Adam Hopkins was enjoying a breakthrough summer of his own alongside some stars of the future.

I’d never seen an Ashes series before and England had never lifted the urn in my lifetime. As far as I was concerned, this was the first time it had happened. In the years that followed I learned of Laker’s feats in 1956 and Botham’s heroics in ’81. But in 2005, for me, this was a completely new spectacle. It was also the first time I’d lay eyes on a certain SK Warne.

As an aspiring young spinner, Shane Warne amazed me. That ball to Strauss and the one to Bell that went straight on and got him lbw. Was it a deliberate slider? Or was it just a leg-spinner that didn’t turn? Who cares! Forty wickets in the series and he still ended up on the losing side. England on the other hand had the less glamorous Ashley Giles: the wheelie bin, the King of Spain.

Can you name each of his English victims? @Yas_Wisden‘s 43/49 is the score to beat.https://t.co/ntZUHFYipG

Giles’ bowling did very little to capture my imagination that summer, but his all-round contribution to the Ashes victory should never be overlooked. For the most part, his role was as a defensive bowler, as a foil for the seamers. It was what coaches wanted from their spinner back then. This first became evident to me at my Yorkshire under 13s trial at Leeds Grammar School. In those days I bowled left-arm wrist-spin and googlies à la Brad Hogg. I was told by one of the selectors that I might have a better chance of getting picked if I bowled left-arm orthodox.

That was the zeitgeist of English cricket in the 2000s: slow bowlers were there to hold up an end. We kept going on about wanting to find our own Warne, but didn’t have the stones to let one develop. If Murali had grown up in England he’d never have played Test cricket. He’d have been a forklift truck driver in a supermarket warehouse. Anil Kumble would have been a geography teacher. Daniel Vettori would most likely have had a knighthood by now.

There was little competition so they picked me anyway. On debut I took 4-8 versus Cleveland at the picturesque Saltburn-by-the-Sea. It was the first game I’d played that had both a lunch and a tea break. It felt so professional, pausing play so everyone could have a jacket potato. Despite my performance, in typical 13-year-old fashion, I recall being more bothered about playing my new Nintendo DS on the car ride home. That was a good day: four wickets, two breaks for food, and six stars on Super Mario.

My haul was overshadowed by my teammate and fellow debutant Will Hatfield. An aggressive opening batsman, he hit an unbeaten 151 that broke a record previously held by Anthony McGrath. At 16, Will chose football over both cricket and education. While it may have been cricket’s loss, it wasn’t quite such a blow for academia as Will once claimed he wanted his GCSE results to spell ‘fudge’. He then proceeded to misspell fudge. Following spells at Leeds United, Accrington Stanley, and Halifax Town, he currently plays for Guiseley in the National League (the Conference in old money).

An elbow injury and subsequent case of the yips put to bed my hopes of a county career, but a couple of players I played with that summer are still going strong. Opening batsman Gurman Randhawa – now a left-arm spinner – recently signed for Durham, while Billy Root made his first-team debut for Nottinghamshire last season.

Back to 2005 and the exciting news for England was that Kevin Pietersen was in the Test squad. Following his ODI heroics versus South Africa over the winter, I, like many young cricketers in the country, was wielding a shiny new Woodworm Torch. Would it help me bat like KP? Not quite. But it was good enough to help me see off a hat-trick ball versus Cumbria – the first ball I ever faced in a county game. To this day I’ve never played a more solid forward defence.

By the second Test at Edgbaston, the series had me hooked. I still remember the euphoria as Richie Benaud uttered those immortal words: “Jones! Bowden! Kasprowicz the man to go.” By the time the fourth Test rolled around, cricket was front-page news and the talk of pubs and clubs up and down the land. To add to the excitement, Yorkshire under 13s had reached the finals of the Frizzell County Cup. The finals were played alongside the under 15s finals and Yorkshire had qualified for those, too. Along with some of the country’s best young cricketers, I hopped on the team bus and travelled down to Oundle School. 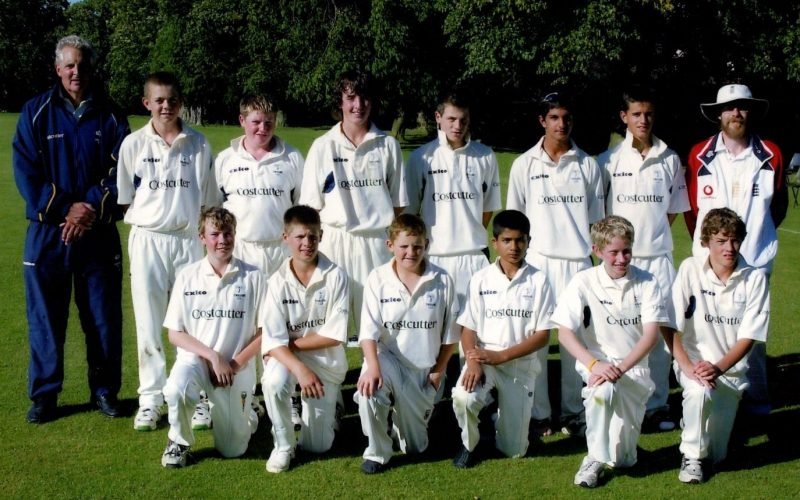 Adam (front row, second from right) lines up with his Yorkshire under 13 teammates

Looking back, one notable absentee was a 14-year-old Joe Root. At that point in his career he was already contracted to Yorkshire’s academy so, whatever the reason for his absence, he wasn’t doing too badly. In the seat behind me was a fresh-faced Azeem Rafiq and to my left was Jonny Bairstow. “I’m batting five for the under 17s,” I overheard him tell one of the coaches; a broad smile etched across his face. I had no idea who Bairstow was and knew nothing of his father or the immense weight of expectation that he had to deal with every time he stepped onto the field.

I played alongside him for Yorkshire’s academy XI three years later. He had an intensity and drive that I hadn’t encountered before. This rather clashed with my more laid-back and laissez-faire approach to the game but, in hindsight, I can’t help but admire his attitude. It was as if he knew he was destined to make it to the highest level. He had to.

Bairstow reaching his maiden Test century at Newlands in January was a moment of catharsis; an outpouring of emotion and relief that brought a tear to even the hardiest of Yorkshire eyes. It was a milestone years in the making. He’s currently the most successful person I’ve ever met on a bus. 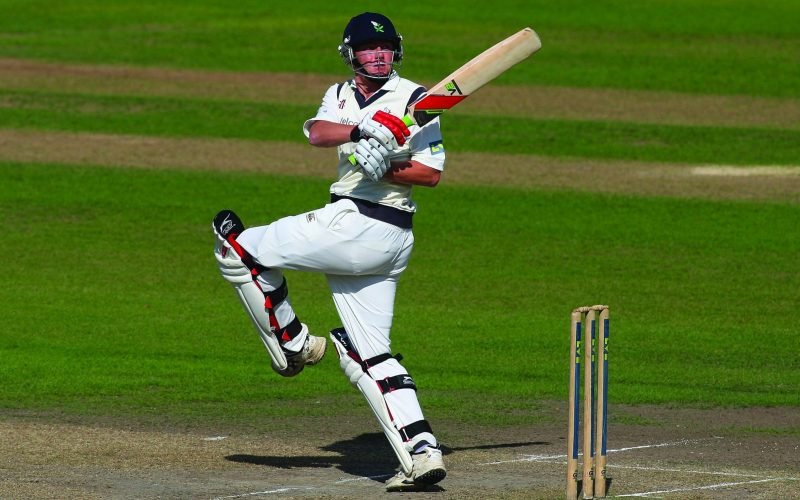 The under 15s defeated a Northants side featuring David Willey in their semi-final, while we made short work of Staffordshire. My main memory of the game was sitting on the pavilion steps listening to Test Match Special. I remember the commentators marvelling at Brett Lee launching Harmison for an enormous six over mid-wicket. When he hit them, they stayed hit.

In the final we faced Hampshire. Their line-up included Adam Rouse, a keeper-batsman who recently joined Kent. The game didn’t start well for me – I had the odd displeasure of misfielding on the point boundary in front of my local MP, Labour’s Paul Truswell – but I bounced back to record figures of 3-25. I’d redeemed myself and no longer brought shame to my parliamentary constituency. We won by four wickets with Truswell’s son Michael anchoring the run-chase. The under 15s also triumphed over Somerset and Hoggard and Giles steered England home at Trent Bridge to put the icing on the cake.

The months that followed the series saw huge changes in the perception of cricket in England. My classmates at school, previously uninterested in the game, came back after the summer break talking about the Ashes. It was glorious. Flintoff got pissed on an open-top bus and became even more of a hero, Gary Pratt appeared on the Ashes special of Weakest Link, and Paul Collingwood got an MBE for some reason. Absolutely bloody glorious.