Four Wisden writers have their say on how England should line up for the first T20I against South Africa.

England’s T20I series against South Africa is one of those rare occasions for which they have something close to a first-choice squad to choose them. With the English summer receding into the past, and no Tests scheduled until the New Year, the three 20-over games will offer a proper chance to take stock ahead of next year’s T20 World Cup.

However, just because the squad is full strength doesn’t mean the first team is set in stone, or even that it’s clear what that XI would be. Four Wisden writers have had a go at picking what they think England’s best XI from the players in South Africa at the moment, original ODI and T20I squads be damned.

If you think you can do a better job, head to our team selector and choose your own England T20I XI 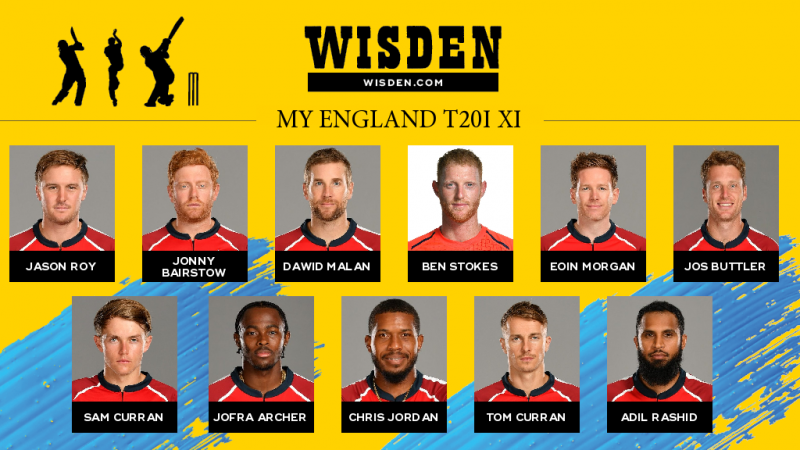 That’s England’s six best T20 batsman, for mine, making up the top six. It does mean Jos Buttler has to be the finisher, since he’s the only one of that group that can do that job effectively, but needs must. Sam Curran gets a chance to prove his CSK exploits weren’t a fluke, and that he can be an international opening bowler and death-overs six-hitter. That leaves no space for Mark Wood, with Jofra Archer partnering Sam Curran with the new ball. Brother Tom and Chris Jordan can then bowl at the death, with Adil Rashid working his magic through the middle. That does mean England are left with only one spinner, but it’s not my fault they didn’t pick Matt Parkinson for this tour. 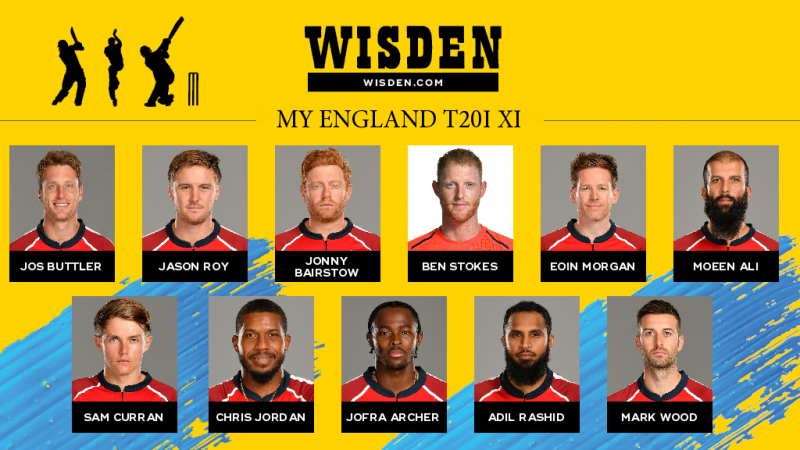 On the face of it picking an out-of-form Moeen ahead of the world’s No.1 ranked T20I batsman doesn’t make much sense – particularly given Moeen hasn’t bowled more than a single over in his last seven outings – but England need to find a formula that works ahead of the next year’s World Cup in India, and that means picking two spin options (and there are curiously only two in this tour party), not just packing the side with top-order batsmen, as excellent as they may be. So, despite his superb record, Malan misses out, with Roy – who it’s easy to forget has hit three fifties in his last five T20I knocks – and Bairstow just getting the nod ahead of him. Sam Curran is due an extended run in the problematic No.7 position after his IPL exploits. 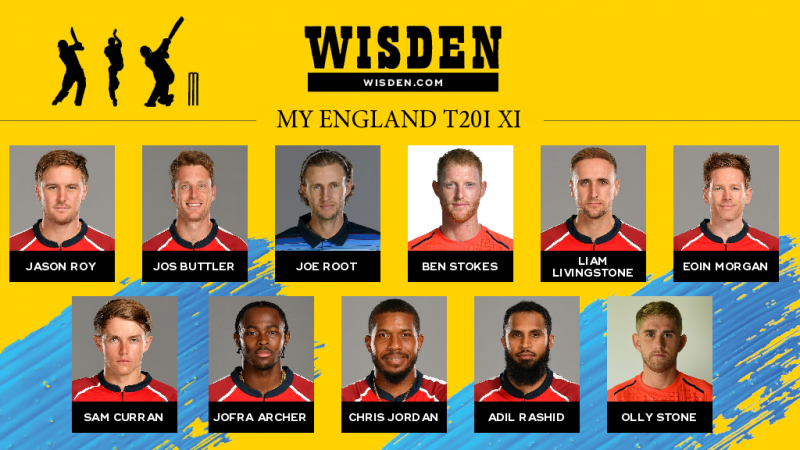 Perhaps it’s a failing in me, a sign of age and withered imagination, but I still can’t understand why Joe Root, player of the 2016 T20 World Cup, ODI gun, is overlooked for top-level 20-over cricket. He’s not in this particular squad but he’s embedded in the set-up, nominally waiting for the ODIs to start, but after creaming it in the warm-up games (one 20-over, one 40-over), his form appears to have rather befuddled the coach, Silverwood, who insisted after Root’s latest cameo that “everybody that’s here is an option”. Well, if that’s the case, he’s in, at first drop behind Buttler – who is just too irresistible as an opener – and Roy, who just edges it from Banton or Bairstow. I’m not unaware that Root’s recall means omitting the No.1-ranked T20I batsman in, well, the world, which is not always the surest look.

Anyway, this gives way to an interchangeable middle order of Stokes, Morgan and the combustible hitter-scrapper Liam Livingstone (another squad outlier initially picked for the ODIs), who deserves a cheeky run in an England shirt, not least for those up-in-your-business second-spinner vibes. Look, it’s fine, Billings can play in the ODIs. Sam Curran looks good at No.7, bowling a couple of swingy skidders with the new one and whacking sneering sixes at will; Olly Stone, fit again and still fast, is also worth a look, especially after his sharp three-wicket splurge the other day (and again invoking the Silverwood principle, it matters not whether you were named in the original squad or not…); while Jordan and Rashid are peerless specialists and Archer’s the best damn white-ball quick on the planet. 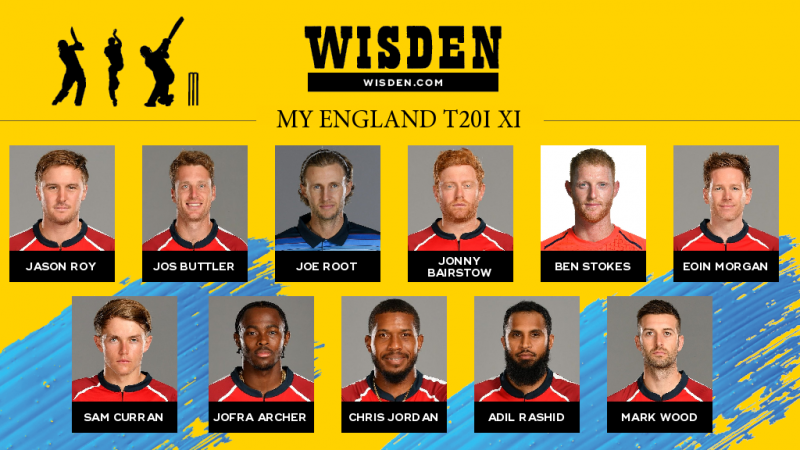 Moeen Ali’s loss in form and Sam Curran’s accelerating development as a limited overs cricketer means that Moeen misses out, even if that does alter the balance of the side. After an awkward international summer with the bat, Joe Root regained some semblance of rhythm with the bat with Yorkshire in the T20 Blast and latterly in the recent intra-squad friendlies in South Africa. His off-spin may also need to be called upon on occasion in the absence of Moeen. Leaving out Malan, the No. 1 ranked T20I batsman in the world, is extremely harsh but as Sam Billings claims, this England side is one of the hardest to get into in world sport. If, and this is by no means a certainty, Root returns to his fluent best, Root nabs that No. 3 spot for me; his 2016 World T20 exploits, where he was England’s highest run-scorer, still carry relevance. With Buttler looking increasingly certain to stay at the top of the order, Bairstow, who probably has a more adaptable game than Roy, slots in at No. 4.

Archer and Rashid aside, there are no shoe-ins for bowling slots. The youngest Curran brother occupies the all-rounder’s berth, but neither of my other two picks – Chris Jordan and Mark Wood – have yet made compelling cases for selection. Jordan’s inconsistency on the franchise circuit dissipates somewhat at international level; it may well be that he is one of many cricketers whose performances improve under Eoin Morgan’s leadership. Mark Wood’s express pace should be useful in the middle overs in the absence of a frontline finger-spinner. The likes of Tymal Mills, Harry Gurney and Saqib Mahmood have seemingly fallen down the pecking order.