South Africa and England will face off in a three-match ODI series, which begins on Tuesday, February 4. Find out where you can watch each South Africa v England ODI on TV.

After a triumphant Test outing, where they came back from 0-1 down to win it 3-1, England’s world champion ODI unit will now challenge South Africa in a three-match series. This will be England’s first series in the format since they lifted their maiden 50-over title in the 2019 World Cup at home.

The two sides have competed in some close encounters in ODIs over the years, with South Africa leading the head-to-head 29-27. But England have evolved into a significantly superior white-ball side in recent years and go into this series as favourites. The teams last locked horns in a bilateral series in 2017, when England won 2-1 against a side featuring stars such as AB de Villiers and Hashim Amla, both of whom have since hung up their boots.

This series marks a new chapter for the hosts, with Quinton de Kock taking over the captaincy full time. Faf du Plessis, whose recent ODI record has been very good, is not even in the squad.

SuperSport is the host broadcaster and the ODIs can be viewed on their network in South Africa. Sky Sports are rights-holders in England. The series will be aired on the Sony Ten network in India and on Fox Sports in Australia.

You can follow our coverage of the South Africa v England ODI series here. 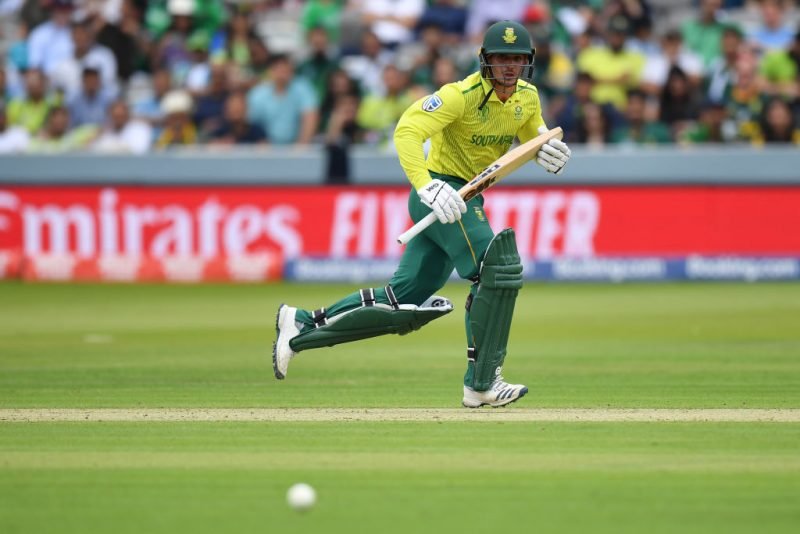 As captain of a young team, Quinton de Kock will have his task cut out

Quinton de Kock (South Africa): This is perhaps the least identifiable South African side in a long time, and the newly-initiated captain de Kock is one of the few names to have both the star value and the experience. He is on the verge of 5,000 runs in the format and averages 45.02 while striking at 95.21. Among those who have scored at least 4,000 ODI runs, only six players have a better strike-rate than him.

Jason Roy (England): In the 2019 World Cup, England’s batting, with and without Jason Roy in the XI, seemed like two different units altogether. In his absence, England lost matches against Sri Lanka and Australia that put their qualification to the semi-finals at risk. But once Roy returned, England started dominating again and eventually won the trophy. Roy adds a lot of value to the top of the England order, and South Africa will know that part of their success will rely on how they are able to contain the big-hitter. In eight World Cup matches, Roy smashed 443 runs at an average of 63.28 and a strike rate of more than 115.