While the rain has frustratingly taken centre stage so far, it could be the leveller that spices up the tournament, writes Karunya Keshav.

In Rob McKenna’s book of 232 different types of rain, the kind that ruined the India v New Zealand World Cup game in Nottingham would be under the entry most frequently accompanied by a rude word or few.

Because, [insert expletive] this.

The punchlines write themselves: ‘Eighteen matches into a 10-team World Cup and top of the table is rain, with eight points’ … ‘India win the toss at Trent Bridge and swim’. With four washed out one-day games, everyone, after all, is grumpy and has too much free time.

But what can you do, really, in a situation like this, other than throw your hands up and find they are better used holding an umbrella or ensconced in Adam Zampa-certified hand-warmers? 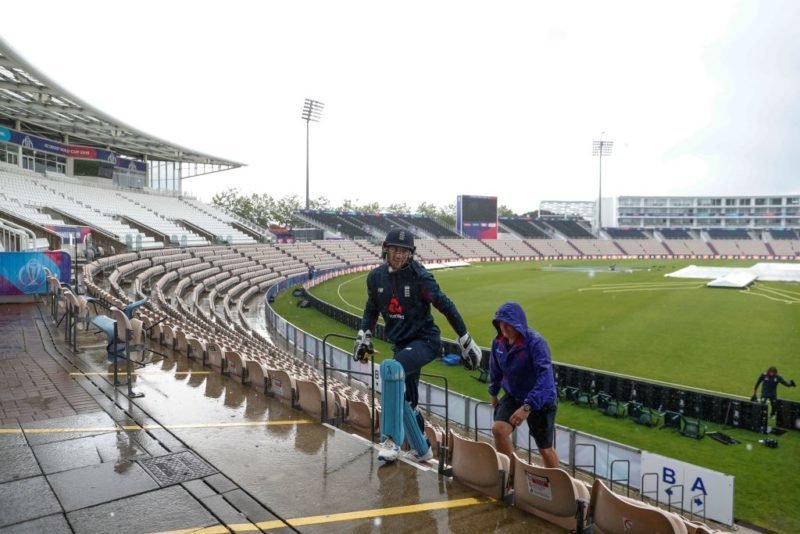 The players face the challenge of switching down, but not off when it rains

“We put men on the moon, so why can’t we have a reserve day, when actually this tournament is a long tournament?” asked Bangladesh coach Steve Rhodes, frustrated after his side “lost” points in the wash-out against Sri Lanka.

Gary Stead, his New Zealand counterpart, was more diplomatic, repeating the ICC line that this would be a logistical nightmare. Every English person, of course, has apologised for the very dry summer last year. Sri Lanka, where the vagaries of scheduling have forced a subduing of the vagaries of weather, have pointed out that covers can, in fact, cover the full ground.

It's always tough mentally, on a day like this, when you come down prepared to play, and it doesn't happen

But if we’re being honest, a search for a lasting solution was rendered pointless the day someone decided it was a good idea to spend five days/eight hours playing a sport outdoors in England where it’s back to the left-over tea at the first spot of rain. There are several things that are just not cricket, but rain stopping play is in its fabric.

In the first ever cricket World Cup played — the one lifted by Rachael Heyhoe-Flint, not Clive Lloyd – the first ever women’s ODI match was rained out. England, later in that tournament, lost to New Zealand at Exmouth because of rain; as Enid Bakewell, ICC Hall of Fame all-rounder and that legend of Nottingham, recalled to Wisden, the umpires called an early end to things because the players’ spikes weren’t good enough on a slippery ground.

Given that portentous start, the rain glass now looks decidedly half full: at least soaked shoes won’t stop play and the game is getting better at controlling some of the uncontrollables. 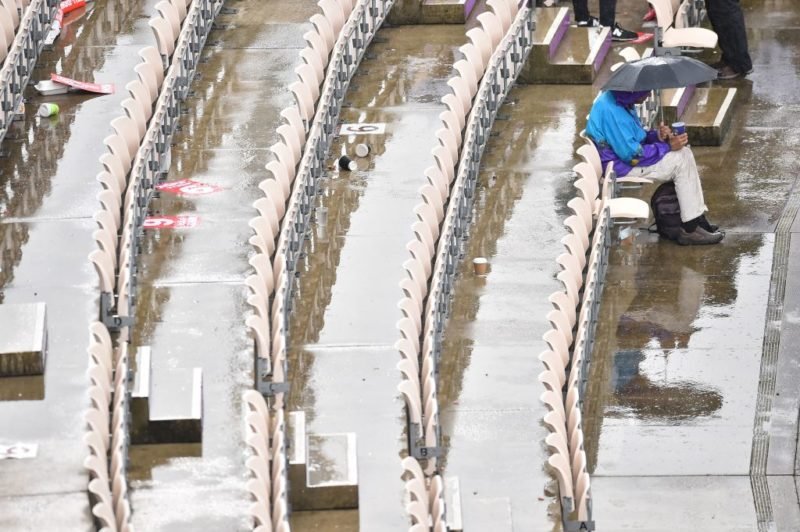 So far at the World Cup, the lost days have allowed players a chance to improve their high scores in video games, listen to some music, mill about, and earn a few pounds for a clumsy Twitter plug for a sponsor. Someone like Andre Russell (referred to henceforth in all official World Cup correspondence as the original X factor) got to put up that troublesome knee of his, and for that we are X-eedingly grateful.

Given an option, the teams will probably prefer to play, too. The challenge at this World Cup is to manage personnel and motivations across a long tournament. Momentum might be a concept as frizzled as this correspondent’s hair on said rain day, but the mental challenge of being ‘ready’ for a top tournament is real and extreme. And rain, as India fielding coach R Sridhar put it, demands from a player “to switch down, but not switch off”.

Related Story: India once almost forfeited a World Cup match due to the bus driver getting lost

“It’s always tough mentally, I think on a day like this, when you come down prepared to play, and it doesn’t happen,” said Stead, whose team came into this game with four indoor nets and go into their next with no game time and a week-long break.

“I think it’s important that you manage your breaks. Whilst we haven’t played, we’re still prepared, and so everything you do on your days before is about preparing to play still.”

“You turn up wanting to play, but we’ve been here for four days now and it’s rained pretty much non-stop so we knew that getting a game in might be a challenge.” – Kane Williamson #NZvIND #CWC19 pic.twitter.com/64l4oW1pqF

The silver lining for fans: when teams do get back on the field, they will need to recalibrate their approach. “I’ve heard people talk about reserve days, but that’s not really going to happen,” Brendon McCullum told the ICC. “Because the World Cup needs to be in a short period of time. What it does mean is that if you get an opportunity to increase your run-rate [you go for it] … run-rate could be really important as the tournament goes on.”

Early fears was that the format of the tournament left it open to late dead rubbers. But two weeks in, Sri Lanka, written off at the start, suddenly find themselves level on points with favourites England and the mid-table umbrella looks crowded with several able contenders. While the ultimate underdog win might require hell to freeze over, the forecast for a spiced up tournament looks promising.