Australia’s victory in the 1999 World Cup in England was not just a product of their superstar performers. Tom Moody’s key involvement earned a Wisden Cricketer of the Year award.

Many factors contributed to Australia’s triumph in the 1999 World Cup. But the major difference between the team’s early edginess and their supremacy at Lord’s came from a selection decision. In Tests, Australia for years have had enough quality specialists not to worry about having a class all-rounder. But in English one-day conditions, where the need for five front-line bowlers was paramount, this nearly proved disastrous.

Australia changed both their personnel and their attitude. But perhaps the most crucial switch was the inclusion of a player who gave them balance – and perhaps in a psychological sense as well as a cricketing one: Tom Moody. On the face of it, Moody’s contribution was not all that compelling: in seven games, he scored 117 runs and took seven wickets – two of them in the final. But the killer stat is that he scored his runs at 1.3 a ball, faster even than Lance Klusener. In tight games – and, boy, did Australia have some tight games – this was vital.

It was fairly freakish that Moody was in the World Cup at all. He had been injured for much of the Australian summer and had not made the original 19-man preliminary list, so Australia needed special permission to add him to the final 15. In a country that worships cricketing youth, 33-year-old fringe players don’t get much respect.

But Moody is a special case. He had been part of the squad – though not the team – that won the Calcutta World Cup final almost 12 years earlier. Now he was on the field for a reprise that gave pleasure well beyond Australia. Like many Aussies who had not quite hacked it in Test cricket, Moody had gone to England, settled at one of the quieter county grounds and become a local hero, not just because of numbers and trophies, but because of his personal qualities. He is one of the courtly Australians with beautiful manners: not merely a practitioner of the game but an ambassador for it.

Thomas Masson Moody was born in Adelaide on October 2, 1965. When he was 13, his father, a headmaster, took over at Guildford Grammar School in Perth (his old job went to the Test cricketer John Inverarity), and Tom went there too. Having a father as headmaster can be a doubtful blessing for a child, but sporting skill conquers all sorts of prejudice. “Physical presence helped a bit too,” he says – he was heading for 6ft 6in.

Tom was the youngest of four children, and had two older brothers, both good cricketers (Richard made it into the Western Australia state squad), so Tom had to work hard to compete in their driveway games. But the hard schooling paid off. As an 18-year old, he travelled to England to spend a season with Hetton Lyons in the Durham Coast League, a responsibility which helped him think of himself as someone going into professional cricket, rather than playing a bit en route to something else.

By 1985/86, he was in the Western Australia Shield team and, two years later – aged just 22 – he was in the World Cup squad. “I’d had a good season,” Moody recalls, “but they weren’t spoiled for choice.” He was picked in three early games but then tore a muscle and lost his place. 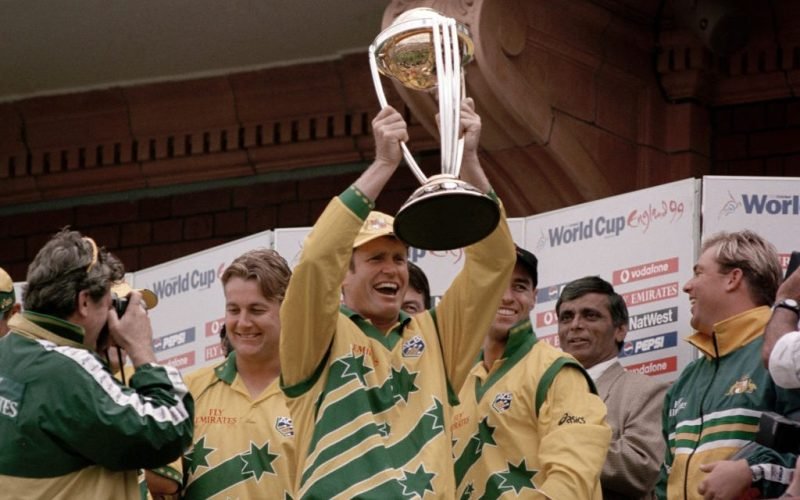 At that stage, he was almost wholly a batsman. But when he came to England for the Ashes tour of 1989, he again had to spend most of the time as a reserve. So he took the chance to learn from the seam bowlers on that trip. “I reckoned I knew how bowlers thought. I didn’t. So I learned to think as a bowler.”

That was to pay rich dividends, especially in one-day cricket: he was an ever-present in Australia’s ill-fated 1992 World Cup campaign. But he never had the pace to be a real Test bowler, so he had to succeed as a batsman. And when he did get into the Test team later in 1989, he started with 61 on debut against New Zealand, and 106 against Sri Lanka at the Gabba a fortnight later.

By now, competition for places was getting intense, and he drifted in and out. Two years later he made another century, against India at the WACA, and finally got a clear run in the side on the 1992/93 Sri Lanka tour. The coach, Bob Simpson, wanted him to open. It was never tight: he scored 71 in six innings, and that was the end of his Test career. 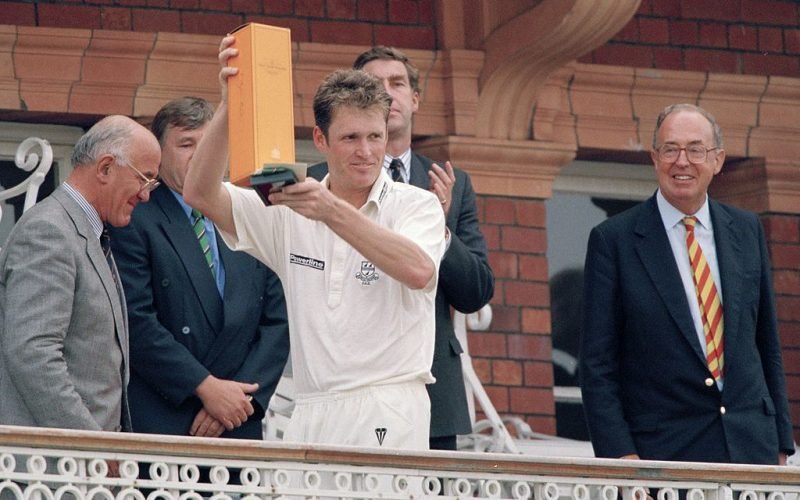 He had already put a toe of two in county cricket, first with Warwickshire then with Worcestershire. After 1994, he settled at New Road. Indeed, there were days when he – even more than Graeme Hick – seemed to be Worcestershire, with both bat and ball. Moody was largely responsible for both their trophies in the 1990’s: the 1991 Benson and Hedges and the 1994 Natwest, when he won the match award in both semi-final and final, batting magnificently and bowling unhittably.

He scored a century to lead Western Australia to victory in the 1998 Shield final and they won again a year later. His figures have been consistently impressive – 64 first-class centuries, an average around 47 with the bat, only just above 30 with the ball. His captaincy of both state and county has been understated, but effective.

By 1999, he was thinking of retirement: “I’ve always wanted to go out with the fire still roaring.” But he also wanted to play in this World Cup. And beneath that placid exterior, as every opponent knows, there is a cricketer of steely determination.