The South African all-rounder Lance Klusener electrified the 1999 World Cup with the power of his hitting. It made him an automatic selection as a Wisden Cricketer of the Year. Simon Wilde writes on his genius.

It was Gary Player who once said, in response to claims that he enjoyed remarkable fortune extricating himself from bunkers: “You know, the funny thing is, the more I practice, the luckier I get.” These words might have been echoed by another South African, Lance Klusener, at the 1999 World Cup. He stalked out to bat, carrying a three-pound weapon, with all the menace of the soldier he once was, crew-cut under his helmet, muscular frame hidden beneath baggy shirt. Klusener already had a reputation as an exceptionally effective tail-end slogger – but prepared by smiting up to 100 balls every day from a bowling machine.

“Of course cricket is about luck,” he says. “Balls go in the air and fall in gaps, but hitting does not just happen. You have to learn to improvise and swipe – and be at peace with what you do.”

He stalked out to bat, carrying a three-pound weapon, with all the menace of the soldier he once was, crew-cut under his helmet, muscular frame hidden beneath baggy shirt

Thus, chance turns into science. He swung match after match South Africa’s way: 52 off 45 balls turned the tables on Sri Lanka at Northampton; 48 off 40 sealed England’s fate at The Oval; 46 off 41 pulled the game with Pakistan at Trent Bridge from the fire. It was hardly his fault Zimbabwe won at Chelmsford. Arguments will continue for ever about his role at the very last gasp when South Africa went out at Edgbaston, but remember had already almost transformed desperation into delight.

In nine matches, the left-handed Klusener smashed 281 runs off 230 balls, only two of which cost him his wicket. When he was finally out, to Gavin Larsen on the 28th day, it brought to an end a one-day international record stretching back to February of 400 runs without dismissal. Almost two-thirds of his World Cup runs came in front of square on the on side.

His main skill was supposedly his aggressive, fast-medium bowling. He claimed 17 wickets [18 had not Herschelle Gibbs dropped Steve Waugh, disastrously, at Headingley], and his fielding was excellent – Klusener stood out as the Player of the Tournament. 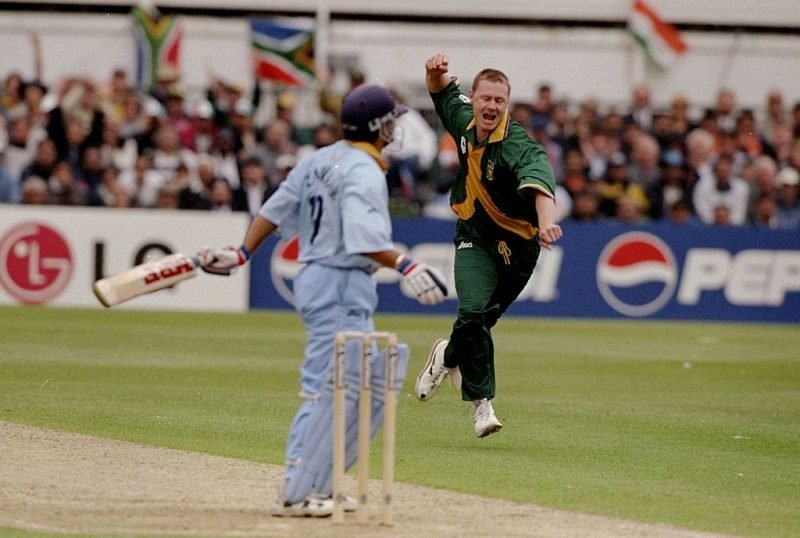 Lance Klusener was born in Durban on September 4, 1971. He grew up on his parents’ sugar-cane farm, and would retain the independence and shyness of a country boy. His companions were largely the children of black farm workers, with whom he talked in Zulu and played garden games of football and cricket. His team-mates still call him “Zulu”.

Though his father played polo, sport did not feature large in the family. As a boarder at Durban High School, he made the first team, as a batsman, only in his final year. It was not until his military service – which he extended from one to three years for want of anything else to do – that he attracted attention.

Denis Carlstein, the manager of Natal, saw potential in his bowling, and recommended that Klusener attend provincial nets. There, he was spotted by the late Malcolm Marshall, Natal’s Barbadian overseas player, and in 1993/94 was drafted into the first eleven, where he flourished under Marshall’s guidance. “Malcolm did not believe in interfering with the way you played,” Klusener recalls. “He liked to hit the ball and so did I. He told me not to stop – and to never stop attacking as a bowler.”

His development was now swift. Three years later, he made his Test debut and immediately established a reputation as a man for a crisis. In his first match, he took eight second-innings wickets on a flat pitch in Calcutta after Allan Donald broke down, and in his fourth he swept to what was then the fastest Test hundred in South Africa’s history – 102 off 100 balls – against India in Cape Town. Only ten Test cricketers had previously scored a hundred and taken eight wickets in an innings; Klusener had achieved the double in five weeks. He saved the next game with cool batting. 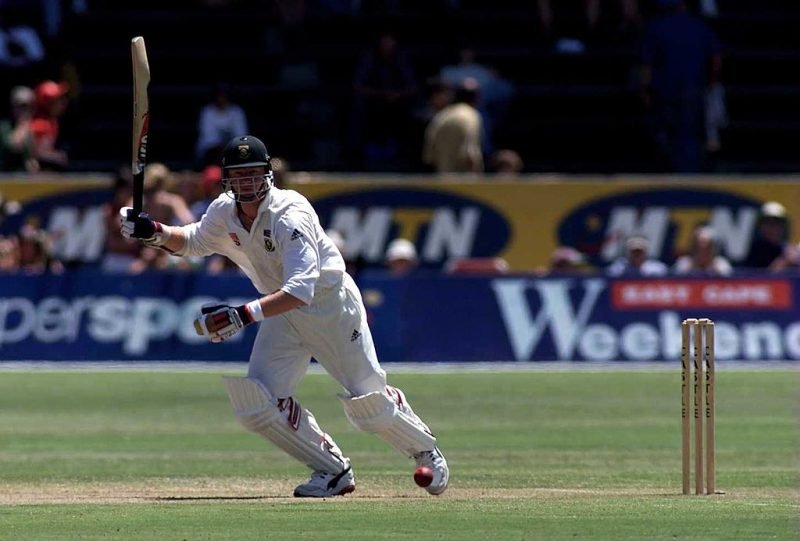 A brilliant Test career beckoned, but by the World Cup he had not come close to repeating these performances. As a lower-order batsman and reluctant stock bowler, he was struggling for a meaningful role, calling himself “a fill-in bowler who can bat a bit”. That description had to be revised after he scored 174 against England in the Port Elizabeth Test in December 1999.

In one-day cricket, though, his fearlessness in tight corners was already considered essential. His six off the last ball, an attempted yorker by Dion Nash, to settle a match in Napier in March 1999 gave warning of the pyrotechnics to come. Klusener believes the turning point for him as a batsman was the ankle injury that cut short his tour of England in 1998. After surgery, he was told not to bowl for several months and focused on fine-tuning his batting.

For all the World Cup games he won, Klusener will probably be best remembered for his part in the game that saw his side eliminated – his two blunderbuss boundaries off the first two balls of Damien Fleming’s last over and Donald missing his call in the melee moments later, when one run would have put them in the final.

“In hindsight, there were ten other ways we could have done it, but when you are out there it’s not easy,” he says. “You forget that you haven’t quite finished the job. We thought we had won it. Maybe we should have communicated more.” Maybe, chance was simply reasserting its hold over one of the most calculating hitters the game has seen.