Zaheer Khan was the key performer in India’s series victory in England in 2007. It earned him a Wisden Cricketer of the Year award.

England = India minus Zaheer: this is the equation that summed up the three-Test series of 2007. Zaheer Khan was adjudged India’s player of the series for his 18 wickets at 20 each. He swung the ball into and away from right-handed batsmen from over and round the wicket, and stopped them pushing forward by using a sharp, accurate bouncer.

His round-the-wicket approach, along with that of Rudra Pratap Singh, took England completely by surprise: they had seen video analysis of the two Indian left-armers bowling round the wicket on their preceding tour of Bangladesh, but nothing in county cricket had prepared them except the occasional old-ball spell by Sussex’s Jason Lewry. Only English batsmen old enough to have faced Wasim Akram were familiar with the ball coming from such an angle.

Open Account Offer. Up to ₹4000 in Bet Credits for new customers at bet365. Min deposit ₹400. Bet Credits available for use upon settlement of bets to value of 12 times qualifying deposit. Min odds, bet and payment method exclusions apply. Returns exclude Bet Credits stake. Time limits and T&Cs apply. The bonus code WISDEN can be used during registration, but does not change the offer amount in any way. Bet on the IPL here. 18+ please gamble responsibly.

Zaheer, moreover, disguised his deliveries masterfully. He swung the ball conventionally far more than he reverse-swung it last summer, but whether the ball was going to come into them or leave them England’s batsmen could not predict.

Andrew Strauss, who made a fifty in England’s second innings of the Trent Bridge Test, said that when he was batting with Michael Vaughan, who made a century, neither the striker nor the non-striker could work out which way Zaheer was going to swing. All the normal cues were unavailable because he ran up and delivered in the same way, with his right hand covering the ball until the last second. It took exceptional skill to deprive England of their six-year unbeaten run of Test series at home.

So how was it that Zaheer clicked after a chequered career, including nine months out of India’s side when Greg Chappell was coach? “County cricket in 2006” is Zaheer’s ready answer. “Playing for Worcestershire meant playing in different conditions, pitch and weather for five months. You had to innovate, use your thinking power. There were some experiments that I couldn’t carry out when playing for India. I carried them out in county cricket. I went through the range of left-arm fast bowling.

“There was help from the county think tank – coach Steve Rhodes, bowling consultant Graham Dilley, whose action I’m told was a picture of rhythm. I am a rhythm bowler. When I get it right, I get into the zone and there’s no stopping me. One of the things I did after coming back from injury was cutting down my run-up. Dilley said balancing was important, for I would be jumping on one leg and landing on one. The functional exercises I did were the key. Above all the Dukes ball was a boon for me. I adapted well to it and claimed 78 wickets.”

After 34 away Tests, to the end of the series in England, Zaheer had taken 123 wickets at 31. After 34 away Tests, Kapil Dev had taken 119 at 32, and Javagal Srinath 124 at 33. Zaheer could therefore claim to be as effective abroad as any pace bowler India have ever had, and their best left-armer by a distance.

Zaheer Khan, often known as Zak, was born on October 7, 1978, in Shrirampur in Maharashtra. His father Bakhtiyar had a photography studio 30 kilometres from town and was content doing passport photos and the odd photo-shoot of VIPs, which meant sugar barons in the area; his mother was a school supervisor. His father played tennis-ball cricket and Zaheer with his two brothers followed suit: Zeeshan took up chemical engineering, while Anees runs the family restaurant named after Zaheer in Pune, ZK’s.

His father Bakhtiyar recalls: “I was also a left-hander. Seeing Zaheer bowling left-hand thrilled me. There was a college near our residence. Zaheer’s love for cricket developed watching the college lads. Soon he was playing with them – a willing young kid happy to just field and retrieve the ball hit by the collegians.”

At 17, Zaheer was taken to Mumbai by his father to play cricket. The fees for the Gymkhana clubs were too high. The father observed net practice at the National Cricket Club on the maidan and was impressed by the discipline. “For the first two seasons I played every tournament there was,” Zaheer says. “In Shrirampur I had played just one match with a cricket ball. On the advice of my coach, Sudhir Naik, I said goodbye to engineering studies – I was getting 85% marks.”

National’s assistant coach, Vidya Paradkar, recalls: “He was regular and sincere. He would be there at seven in the morning, again sharp at 2.30 in the afternoon.” A seven-wicket haul in a final against Shivaji Park Gymkhana had people talking about Zaheer. He got into the Under-19 sides of Mumbai and West Zone in 1998/99. He joined the MRF Pace Foundation in Chennai. The co-ordinator TA Sekhar remembers: “He had most of the things needed for bowling fast, strength and technique and a good build. I called up Dennis Lillee, our coach. Lillee right away made the prognosis that he would bowl for India.” 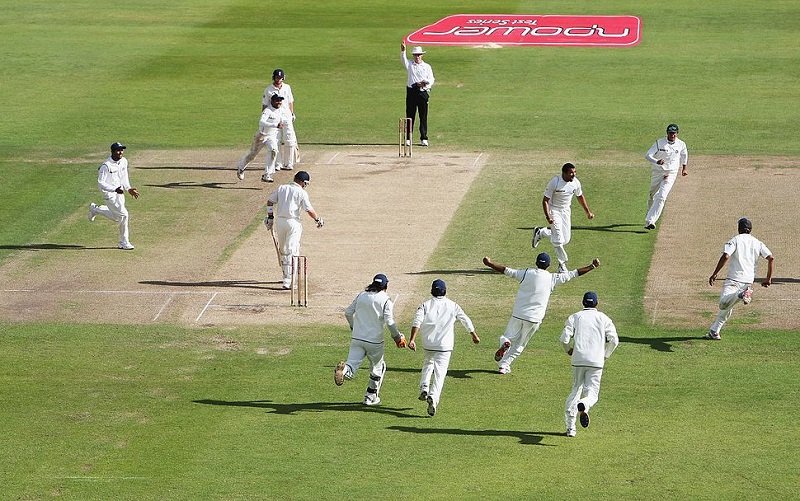 When Zaheer could not get into Mumbai’s Ranji Trophy side, Sekhar arranged for him to join Baroda. He helped them win their first title for 43 years in 2000/01, taking eight wickets in the final against Railways. By then he had made his international debut in the ICC Champions Trophy in Kenya: he was India’s best bowler as they knocked out Australia. But ups and downs followed as he neglected his gym work. Lillee and Sekhar took time to persuade him that his jump before delivery was too high. And he was not one of Chappell’s favourite players.

When Zaheer was picked for the tour of England, there were still doubts. “When I got wickets in the second innings at Lord’s, I got the confidence that I would do well on tour. The best spell was at Trent Bridge in the second innings. The pitch was settling down, both teams had a good score. I got rid of Michael Vaughan and the slide began.”

He says the dressing-room atmosphere contributed to his team’s success. “After a long time the Indian team had dinner together on the eve of a match. We also watched the movie Chak De! India together (a film about the Indian hockey team). It made for integration. The movie’s title song became our team’s theme song.” And the lyrics were that England lost their unbeaten home record as India were bowled to victory by Zaheer.