Johnny Douglas took a while to establish himself in first-class cricket, but he rose to become captain of England and was a Wisden Cricketer of the Year in 1915.

John William Henry Tyler Douglas was born on the 3rd of September, 1882. The position Mr. Douglas now holds in the cricket world has been won by sheer hard work and perseverance. He was not by any means a youthful wonder who, like AG Steel, might fitly have played for England the year he left school.

It is true that he did very well at Felsted, but in first-class cricket his powers were slow to ripen. He was given his first trials for Essex in 1901, playing three times in August. His first match was the memorable one at Leyton, in which George Hirst, who had just developed his deadly swerve, played havoc with the Essex batsmen. No one could look at him, Essex being got rid of for totals of 30 and 41. Douglas was bowled by Hirst in each innings and did not make a run.

This was a disheartening start for a schoolboy, but a week later Douglas made amends by scoring 61 not out against Derbyshire at Chesterfield. In his three matches in 1901 he was not tried as a bowler. Nothing was seen of him in the Essex eleven in the following year and, though he played in eleven matches in 1903, he met with little success either as batsman or bowler.

He remained just a useful all-round cricketer for another season, but in 1905 he made a distinct advance. The Essex bowling was terribly expensive that summer, and though his 31 wickets cost over 26 runs each, he headed the averages. Still he did a wonderful bit of bowling against Yorkshire at Leyton in August, taking five wickets in eight balls. So far, apart from this one performance, his career had been uneventful, and though he went on improving, it was not until the season of 1908 that he revealed his full powers.

At Leyton in May he again bowled with marked success against Yorkshire, and early in June, on the same ground, he was irresistible against Gloucestershire, taking six wickets for 45 runs and 6-29. His position was at last established. He scored 1,010 runs for Essex during the season and took 68 wickets. He had a nasty setback in 1909, when he was out of form both in batting and bowling, but he soon recovered his lost ground. 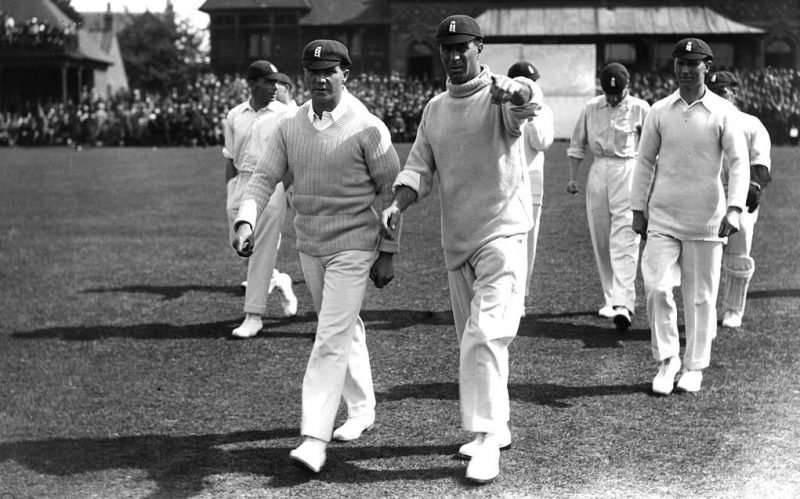 However, it was not till 1911 that he proved himself more than a good county cricketer. The turning point of his career was the Gentlemen and Players’ match at Lord’s. He triumphed both as batsman and bowler, scoring 72 and not out 22, and taking seven wickets – 5-53 and 2-38. It became clear that he was the right man for big matches, and from that time he has never looked back.

He was picked for the MCC’s team in Australia in 1911/12 and, owing to Mr. Warner’s unfortunate illness, the captaincy devolved upon him after the first match of the tour. Under his leadership, as everyone knows, England lost the first Test match at Sydney, but won the other four. At Melbourne, in the match that decided the rubber, he played a great part. As captain, he risked putting his opponents in after he had won the toss, and in Australia’s second innings he took five wickets.

His doings since that memorable tour in Australia will be familiar to all who follow cricket. He might well have played for England in all the matches in the Triangular Tournament in 1912, but for some reason he did not get a chance till the last match – with Australia at the Oval – and then only as a substitute for Hayes. There was no need to call on him as a bowler, but he batted with admirable steadiness, helping Fry to put on 79 runs in the second innings. In the winter of 1913/14 Douglas captained the MCC’s England team in South Africa, and was again a successful leader. England won four of the Test matches, the other one being drawn.

As a batsman, Douglas is essentially a defensive player. Now and then, like all steady bats, he carries caution too far, but times out of number his untiring patience has been invaluable to his side. Watchful to a degree, he is a very hard man to bowl out. As a bowler he has remarkable qualities. Without being abnormally fast, he can keep up a fine pace for hours; his length is very accurate, and just at the end of his flight he has a nasty swerve.

On the testimony of Mr. Warner, it was this swerve that, more than anything else, accounted for his wonderful success against the Players at Lord’s last July. Mr Douglas is even more famous as a boxer than as a cricketer. Like his father before him, he was middleweight amateur champion, and in 1908 he won the Olympic middleweight championship in London.

He has given up public boxing now, but the value of the experience he gained can be seen in his cricket. Having for three or four years known what it was to be thoroughly trained, he always looks fitter than any other man in the field, and nothing shakes his nerve. When the war broke out Mr Douglas joined the Bedford Regiment.

Johnny Douglas took on the unenviable job of England captain in the post-First World War Ashes series. In all, he played in 23 Tests, scoring 962 runs and taking 45 wickets.