Kent leg-spinner Doug Wright had to be patient before succeeding Tich Freeman, but his performances in the last summer before the second World War earned him a Wisden Cricketer of the Year award in 1940.

So long as Freeman remained in action for Kent there were no very extensive opportunities for Douglas Victor Percy Wright, who, during 1934 and the two following seasons, had to content himself with work that was referred to as “promising”.

But when in 1937 the great little magician was no longer there the younger man – Wright was born at Sidcup on August 21, 1914 – sending down more than twice as many overs as in the previous year took 107 wickets for the county, and with his leg-breaks and googlies had several spells of extreme deadliness such as to arouse the keenest hopes for the future, not only because of his obvious talents but, more especially, because no one using the same methods delivered the ball at anything like such a pace. 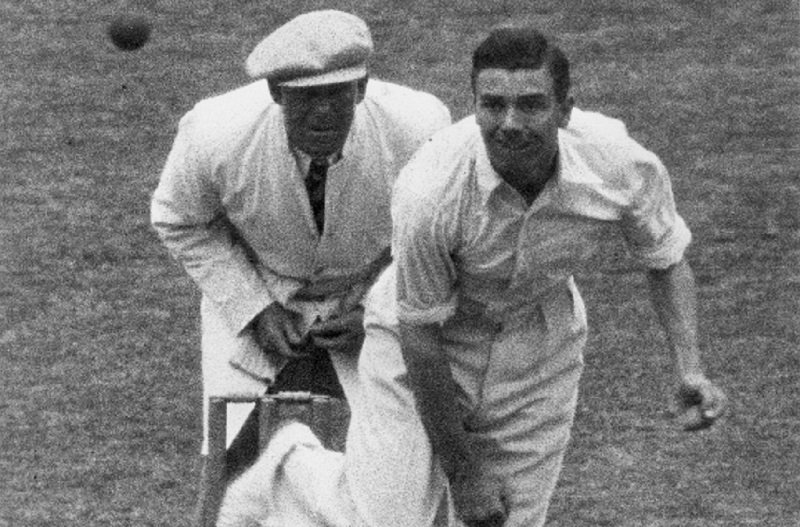 There have been frequent occasions since then when Wright has looked the most unplayable bowler in the world. “I have not, admittedly from the ring, seen more difficult bowling than his against Gloucestershire at Maidstone since the days of SF Barnes,” said Sir Pelham Warner, speaking of the game last July when Wright took 6 for 20 in the second innings. In the previous match at Bristol he had been equally deadly with 9 for 47 in an innings of 284, only WR Hammond who made 153, not out, being able to deal with him, and England’s captain has seldom, on his own admission, had greater need for circumspection.

Fairly tall, with long arms and the proper kind of fingers, Wright has a springy run-up and a lively action, and goes at his work with an obvious gusto that is a pleasure to watch. His chief trouble has been a tendency to overrun the crease, and with a bowler of his type, a no-ball seems to matter more than in the case of others.

Sometimes he has bowled with a shorter run and a slower delivery, but this hardly suits him. After all, his quickness is his greatest asset and those who, in 1938, suggested that the selection committee were responsible for the experiment were very far from the mark.

Against Australia in 1938, and in South Africa the winter before last, he was hardly so successful as his friends had hoped, but no less a judge than Bradman has said that he would always like to have Wright on his side. At Leeds, when Australia won that splendid match by five wickets, if Hammond had chosen to take the risk of putting him on earlier there might perhaps have been a different result. As it was there were not very many runs to play with when he was given the ball, and dismissed Bradman and McCabe in rapid succession. His three for 26 in five overs might have turned into an historic analysis. 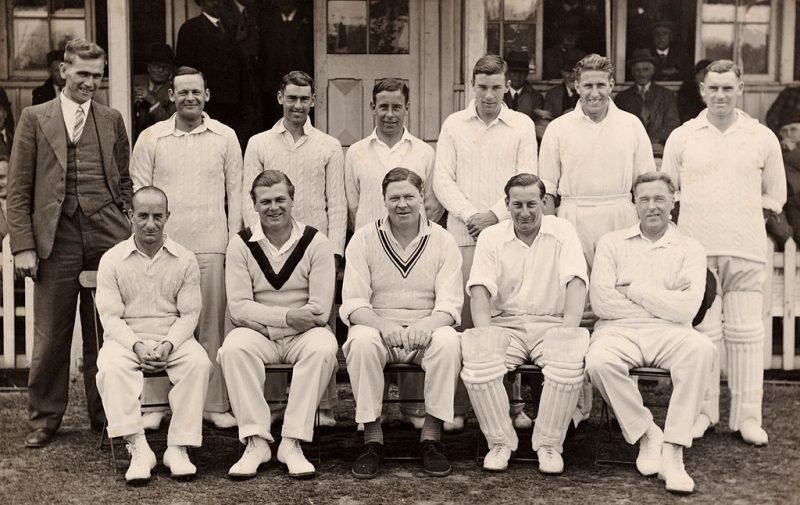 The Kent county team, pictured in June 1936. Wright is standing third from right

Last summer when he played in all three Tests against the West Indies, Wright was not without his critics, but the fact remains that he finished fifth among the season’s regular bowlers, with 141 wickets for under 17 runs each in as few as 571 overs. Had things gone otherwise, the season which was not destined to be would have found him with even more fully developed powers and every prospect of being universally recognised as a necessity in a representative team, instead of being regarded by some as an experiment.

Incidentally, he has done the hat-trick five times in his not very long career. He is a useful batsman and a quick and accurate fielder near the wicket on the leg-side. He is now serving in the same unit of the H.A.C as the two Kent amateurs, FGH Chalk and BH Valentine.

At the end of the second World War, Doug Wright had become England’s leading spinner. He played in 34 Tests, taking 108 wickets at 39.11 In all first-class cricket, he took 2,056 wickets