The Kent leg-spinner Tich Freeman was one of cricket’s great slow bowlers between the First and Second World War. In 1923, he was a named a Wisden Cricketer of the Year.

A.P. Freeman, a brother of the Essex player, is one of the best of the bowlers who have come to the front since the resumption of first-class cricket in 1919. He was just starting his career when the war broke out and no one could guess what the future had in store for him.

Promoted from the second eleven, he played in seven matches for Kent in 1914 but met with on marked success. Still there was something about him that suggested the slow bowler of real class. I remember being much struck by what he did in the match with Surrey that was transferred from The Oval to Lord’s. When Surrey went in with only 47 runs required he sadly puzzled Tom Hayward and bowled him – no small feat for a colt.

It was a modest beginning and as he had no other opportunity till 1919 he may be described as wholly a post-war product of English cricket. Not all at once did he jump into his present position. Lord Harris took the view, fully borne out by results, that one season’s experience would expose the utter folly of the two-day scheme and Kent in 1919 arranged a modest programme, meeting only seven opponents in county matches. Freeman got on very well, taking 55 wickets for less than 19.5 runs apiece, but caused no sensation.

It was in 1920 that he took his place among the best slow bowlers of the day, revealing in striking fashion his power of mixing googlies with his ordinary leg breaks. I doubt whether before or since he has ever bowled quite so finely as in the closing stage of the match with Surrey at the Oval. His figures – three wickets for 60 runs – look nothing on paper but, with Woolley’s help, he nearly snatched a victory after Surrey had seemed to be walking home. Set to get 290 Surrey, thanks to a wonderful start by Hobbs and Sandham, had 257 on the board with two wickets down. They won by three wickets, but it was an inglorious scramble. Freeman paralysed the batsmen. Whether bowling his leg break or the googly he found the exact length.

In 1921 Freeman had a great season in county matches, but there is no getting away from the fact that when the chance came to prove himself something more than a county bowler he failed. He was quite harmless against the Australians at Canterbury and had no length against the Gentlemen at the Oval. Last year, when of course the soft grounds were in his favour, he had, so far, his best season, taking 194 wickets for Kent for just over 14.5 runs apiece. 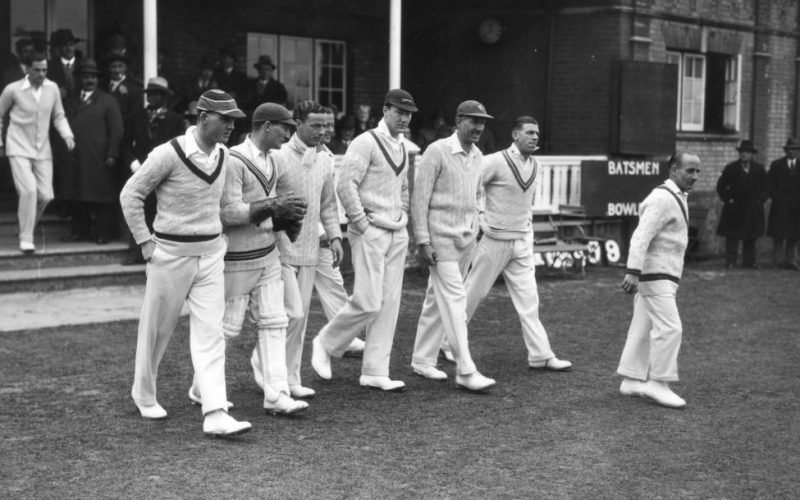 Freeman leads out the A P Freeman XI onto the pitch at Gravesend, Kent, for their match against the West Indies, circa April 1933

Comparing him with his only rival, a famous cricketer told me in the autumn that Richmond had more spin, but that Freeman made the batsman wait a great deal longer for the ball he could not help hitting to the boundary. Freeman was born at Lewisham on the 17th of May, 1888. In his early days as a cricketer he played in several Club and Ground matches for Essex. He was with the Upper Tooting Club from 1909 to 1911, and went to Tonbridge in 1912.

This turned out to be a prescient selection by the Almanack. ‘Tich’ Freeman went on to become one of the most prolific bowlers in history, with 3,776 wickets – the second highest in history – at 18.42. In 1928, he took 304 wickets, a record.