Cyril Washbrook was an accomplished opening batsman for England and Lancashire during the pre and post World War II era. He was a Wisden Cricketer of the Year in 1947.

Ever since the glorious days of Hobbs and Sutcliffe, England have been searching for a match-winning opening pair. Yorkshire supplied one in Hutton, of 364 fame, and in the new era of cricket which began on the cessation of hostilities all eyes turned on Cyril Washbrook as the answer to the other half of the problem. To see this young Lancastrian on the cricket field, one would imagine that he treats cricket solely as a serious business because he never allows his stern face to relax – the crowd calls him “smiler”.

As cricket is his profession, Washbrook maintains that he is right to approach the game cautiously, but he says he enjoys every minute of first-class cricket, which he considers the only game worth playing.

Washbrook was born on December 6, 1914, at the village of Barrow, near Blackburn, so that he is a native of Lancashire. He cannot remember his infantile efforts, but he recalls that at the age of 11 he played his first serious cricket for Barrow (Paynter’s club) in the Ribblesdale league. In those days, he went to Clitheroe Grammar School, but on his parents moving to Shropshire Washbrook attended Bridgnorth Grammar School, and the secretary of the Bridgnorth club, Captain Phillips, told Lancashire in 1931 they would be advised to watch this lad who was hitting heaps of centuries for his school and club. In May of that year, Washbrook was never dismissed. Warwickshire and Worcestershire became interested in him, and two professional football clubs, Wolverhampton Wanderers and West Bromwich Albion, also noted his ability as an inside forward.

But cricket was his destiny, and in March 1933, he signed for Lancashire as a professional. Before reaching Old Trafford, Washbrook was never coached. He is a natural cricketer, but admits that he owes much to the valuable advice received in his early days from Harry Makepeace, the county coach. Only 16 when he appeared for Lancashire second eleven against Cheshire, he made his entry into championship cricket against Sussex at Old Trafford in June 1933. Wisden described his 40 in the second innings as admirable, and in the very next match, against Surrey, he opened the batting with Hopwood and scored 152 – a great achievement for so young a player.

Two years passed before he obtained a regular place in the Lancashire XI, but from that time he never missed scoring his 1,000 runs a season until the outbreak of war. England recognised his talent in 1937, when he was chosen for the Third Test against New Zealand at The Oval in place of Paynter, who withdrew through injury.

In that match, Washbrook did little with the bat, but he dealt New Zealand a severe blow by throwing out Wallace, their most dangerous batsman; and here is the appropriate moment to pay tribute to Washbrook’s brilliant fielding. He is a cover-point worthy to be mentioned in the same breath as Hobbs and other great men who have occupied that position. 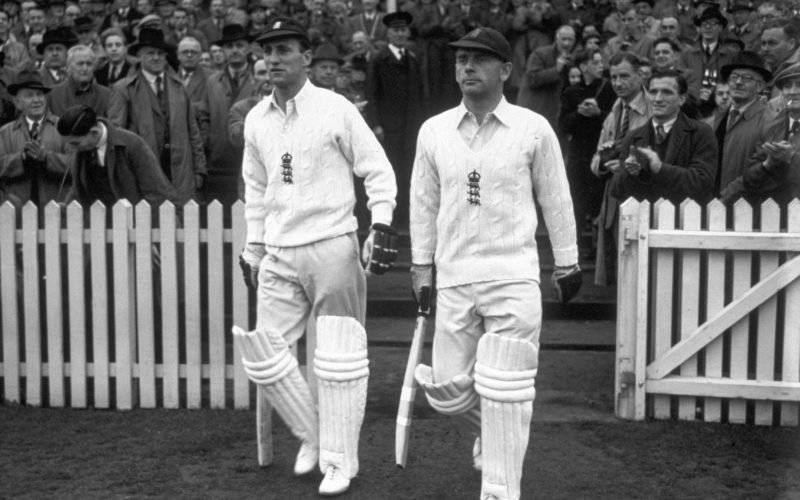 Washbrook and Hutton aggregated 2,880 runs as an opening pair at an average of 60, with eight century stands

During the war, Washbrook became a Flight Sergeant with the RAF, serving for six years in England as a Physical Training Instructor. He provided a good deal of pleasure in some of the one-day games at Lord’s, and when the Victory matches against Australian services took place in 1945, he firmly established himself, being picked for all five games.

Last summer found Washbrook a better player than ever. Chiefly because of his devastating form in July, when he made over 1,000 runs, he was the first to complete 2,000, and he earned the distinction of being the third professional – JT and E Tyldesley were the others – to captain Lancashire.

On the short side, Washbrook is at heart an attractive stroke player, though when the occasion demands he can restrict himself solely to defensive measures. He hits all round the wicket, but his favourite strokes are the crisp square cut and the powerful drive off the half volley in a direction wide of mid-on. As a cricketer, he is still young and provided he escapes any serious injury, he should remain at the forefront of English cricket for many years.