Bob Taylor was one of the finest wicketkeepers the game has seen, but he spent much of his career on the margins of the international game. Wisden recognised his excellence in 1977.

Wicketkeepers the world over will rejoice in the news that the Editor of Wisden has stepped in where England’s selectors have so often feared to tread and recognised the skill of Bob Taylor, whose artistry – there is no other word for it – behind the stumps has long illumined even the darkest hours of Derbyshire cricket.

Appropriately, the honour comes after the season in which he joined the small band of wicketkeepers who have captured 1,000 victims, but one likes to think that it is as much an acknowledgement of Taylor’s self-imposed high standards, discipline and courteous attitude down the years. Indeed, it is a measure of his consistency that Taylor could be regarded as a cricketer of any year, not just the last one.

Like many a true craftsman, he has plied his trade quietly and honestly, rarely showing extreme flashes of temperament or histrionics, making some catches or stumpings look deceptively easy, earning the admiration of teammate and opponent alike with the sheer brilliance of others and shunning acrobatics and showmanship for the sake of it.

For day in, day out diligence and efficiency, he has been without peer in the world for some years and would clearly have graced the England team but for Alan Knott, whose ability with the bat has often swayed the selectors, not least when his performances behind the stumps have fallen short of his own high standards.

Robert William Taylor was born in Stoke-on-Trent on July 17, 1941 and first appeared for Derbyshire 20 years later. Having followed George Dawkes and Harry Elliott, who also had 1,000 victims in first-class cricket, he is only the county’s third post-war wicketkeeper. As a schoolboy, he kept wicket on the cinder car park adjoining Stoke City FC’s ground near his home. He was in the school under-15 XI at the age of 12; at 15 he was playing for Bignall End in the North Staffs and South Cheshire League and he played for Staffordshire in the Minor Counties before he was 16. 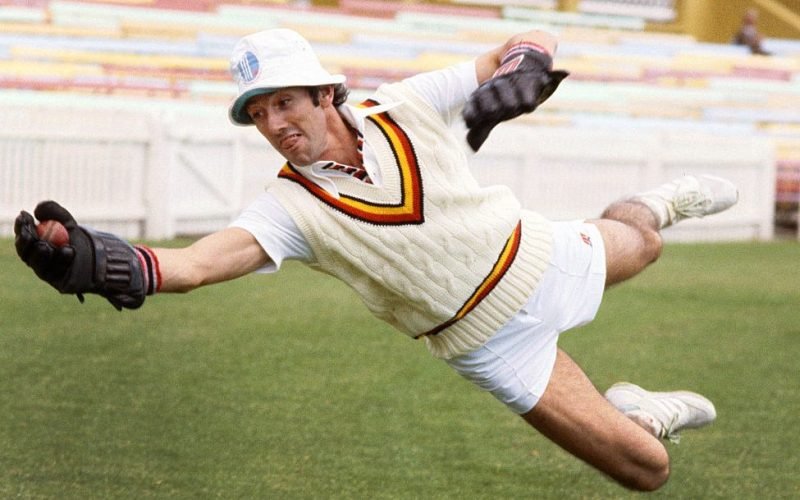 In fact, when he arrived at Norton for his debut, against Shropshire, an over-zealous gateman would not allow the young Taylor into the ground although he was carrying a cricket bag, until another player vouched for him. In an early league game, walking to the wicket in black plimsolls, grey trousers and pads which came up to his chest, he was asked by the groundsman: “Have you got a box on, lad?” Taylor had to admit he had not – he did not even know what a “box” was!

His first Championship victim was Sussex’s Ken Suttle in a game which Taylor helped to save for Derbyshire, playing out time with Harold Rhodes, who was batting in suede shoes because of an injured foot. He broke Derbyshire’s wicketkeeping record with 77 catches in 1962, his first full season, and since then only injury and occasional representative honours have kept him out of the side. His attention to fitness and ultra-professional approach probably stem from his experience in 1964 when he damaged an ankle playing football (he was with Port Vale for a time) and, having told Derbyshire he had slipped on the escalator at Lewis’s in Hanley, missed the first seven matches of the season.

Laurie Johnson, his replacement, did so well that Derbyshire were tempted to leave Taylor out indefinitely and play an extra batsman. Ruefully telling the story against himself, Taylor now recalls that he might have quit there and then if they had gone ahead. Fortunately, after this writer and others had taken up their pens, the club realised their folly. Taylor was reinstated and his only other lengthy absence came in 1967 when he edged a ball from Jack Birkenshaw into his eye, suffered a detached retina and had to lie on his back for three weeks, wondering if his career was over.

Happily, it was anything but over. Taylor continued to embellish his outstanding natural ability with hard work and a willingness to learn. He had ten dismissals in the match (all caught) against Hampshire in 1963 and he has twice had seven in an innings (all caught), the only wicketkeeper in history to achieve this feat more than once.

These statistics give a correct indication of Taylor’s ability to accept a remarkably large percentage of chances that go his way, but he gives pleasure to the spectator to a wider degree. It is a joy to see a difficult legside “take” or to watch a throw from the deep disappear into his gloves with scarcely a sound. He is a great believer, too, in “tidying up” inaccurate returns. You do not see him glaring, hands on hips and motionless, like some less talented practitioners of the art. 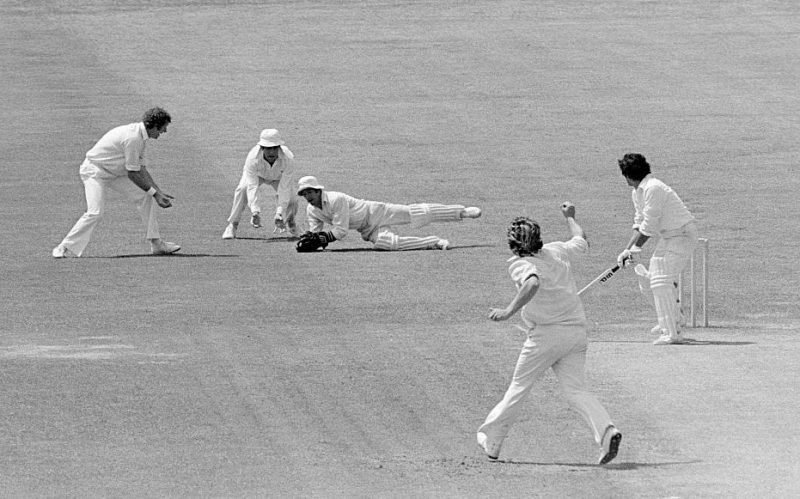 When he joined Derbyshire (on the recommendation of Cliff Gladwin), Taylor was regarded as a “natural” but he knew he had much to learn, especially standing up. He persisted in standing up to medium pacers like Derrick Morgan and Ian Buxton, even though the odd nick would go astray and they, like many bowlers badgered him to stand back and catch them. He became increasingly proficient keeping to spin, too, even though in those days it was a luxury for Derbyshire.

He will discuss wicketkeeping only in terms of standing up. “Any decent slip catcher could do it standing back,” he says, while conceding that widespread one-day fields have complicated that job. Indeed, for a long time Derbyshire’s bowlers could not recall Taylor dropping other than a diving half-chance while standing back. One day, he dropped a comfortable one off Alan Ward and the bowler refused to believe it until he checked with both batsman and wicketkeeper later!

Standing up, Taylor gets as close to the stumps as possible, even though this gives him even less margin for error. Like all cricketers, he has bad patches but is quick to analyse why. “If I am keeping badly, it is usually because of one of three things – lack of concentration, standing up too soon or snatching at the ball,” he says. “You must stay down that thousandth of a second longer because it means the difference between the ball hitting the middle of your glove or your fingertips”.

He does not find concentration easy in front of small crowds, “But I am a professional and others rely on me and it is a crime to let them down. I once dropped Roy Fredericks three times in one innings, standing up. Possibly not many spectators realised it but I knew I was at fault and I knew my concentration was not right because it was a Sunday game in the middle of a match I was playing for MCC and I had allowed myself to become too casual about it.”

Related Story: Why Brendan Taylor shouldn’t have been given out hit wicket against Bangladesh, despite hitting the stumps with his bat

Such is Taylor’s honest approach to the game, on and off the field. He believes too many players today want the glamour without the hard work. By the same token, he tries to be philosophical about the fact that his skill and dedication have brought him but one Test appearance, and that on an uneven pitch in New Zealand.

“There are about 300 county cricketers and we can’t all play for England. Cricket has taken me to many places I would not otherwise have seen and I’m grateful for that. I am a pro and try to behave like one, but I will admit that I don’t enjoy people coming up to me on tour and asking who I am. That’s when it really hurts.”

Bob Taylor finally got his chance of an extended run in the England team after Alan Knott’s defection to World Series Cricket in 1977. He made 57 Test appearances, making 174 dismissals. In all first-class matches, he made 1,473 catches and 176 stumpings.