Alan Knott remains perhaps England’s greatest wicketkeeper. He was named a Wisden Cricketer of the Year three years into his Test career in 1970.

Kent have produced a long line of talented wicketkeepers – Huish, Hubble, Ames, Levett and Evans – the names trip lightly off the tongue. Now has been added that of Alan Philip Eric Knott who, since he made his debut in the Kent XI six years ago, has shown at county and Test level that he has the flair and ability to rank with his illustrious predecessors. Yet Knott, who at 23 must rank as one of the finest wicketkeepers in the world, very nearly did not become a ‘keeper. He began his cricket career at school as a fast bowler and was not allowed to keep wicket because his team needed him in their attack.

Born at Belvedere on April 9, 1946, he was taken as a small boy by his cricket master, Mr Jack Morris, to the Kent indoor cricket school at Eltham. There he was advised by the county’s coach, Claude Lewis, to concentrate on spin bowling and he soon developed a talent for bowling leg and off-breaks. Still he had to bowl fast for his school but in the background was a family wicketkeeping tradition. His father Eric Knott was a very good club wicketkeeper, and young Alan had seen him in action since he was a boy of four, first as a spectator and subsequently as scorer.

Young Knott’s first wicketkeeping experience was in the hall of his home. Father and son used to take it in turn to stand behind the other and throw the ball against the wall. Then one kept wicket while the other played at the ball with a stump. This method provided deflections that wicketkeepers must gather.

Eventually Kent Schools picked him as a wicketkeeper and he was selected for the Southern Counties against the Midland Counties. In that team was his Kent colleague, Derek Underwood, the Surrey pace bowler Geoff Arnold and the Manchester United footballer David Sadler. Knott tells how as a small 14-year-old he arrived at the ground in short trousers and ventured into the dressing-room. The team manager asked, ‘What do you want, son?’ Replied Knott: “I have come to play.” The next season he captained the Kent Schools and played for Southern Schools and England Schools. 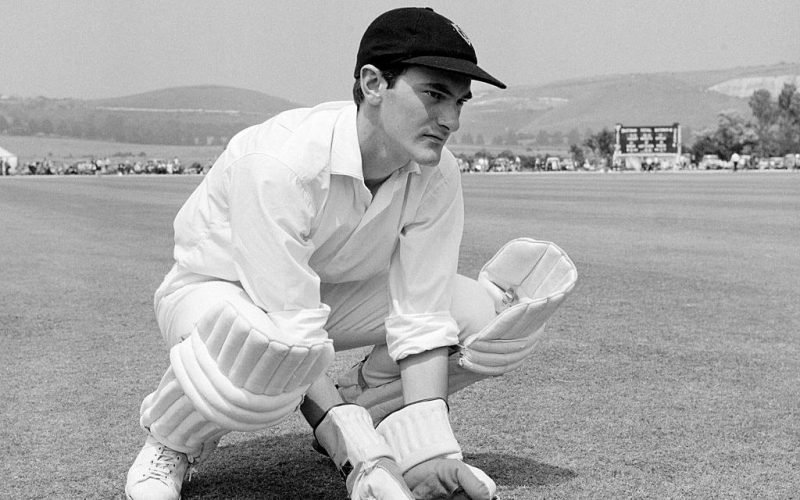 Meanwhile at the end of one winter session at Eltham, Knott had discussed his cricket future with the Kent secretary-manager, Leslie Ames, who was impressed with his batting and bowling.

Ames told the boy not to let his bowling go just for his batting and said that he had got a wonderful chance of being a very good all-rounder. Young Knott replied: “I am really a wicketkeeper,” but Ames said: “I would not worry about the wicketkeeping too much, you stick to your bowling.” Said Ames, “The next year I saw him at Canterbury in the Kent Schools side and noted that he kept wicket beautifully. He stumped three people very smartly on the leg side and I somewhat changed my mind. I really did not know what to advise him but he seemed to be more dedicated to keeping wicket so I did not persuade him anymore.”

Knott played his first Second Eleven game for Kent in 1962. He then went back to school before joining the staff in 1963 for his first full season with the county. At that time he still bowled because Derek Ufton was Kent’s reserve wicketkeeper and they used to share the duties. He began the 1964 season as the Second Eleven wicketkeeper and during that season, at Folkestone against Cambridge University, he received his county chance. He stayed for two or three games, was then left out, but ended the season in residence. In the winter Tony Catt went to South Africa and in 1965, Knott began what could be a very long reign behind the stumps.

He was awarded his county cap in 1965 and three times he has already equalled the Kent record of six wicketkeeping victims in an innings – twice in one season in 1966. In the late winter of 1965 he went on a Cavaliers tour to the West Indies and in the following winter toured Pakistan with the MCC Under-25 side. Talk of an England cap was now seriously considered. It came in 1967 at Nottingham when on his debut against Pakistan, he dismissed seven batsmen. Since then, in three seasons of Test cricket, he has claimed 58 Test victims and scored 666 runs. 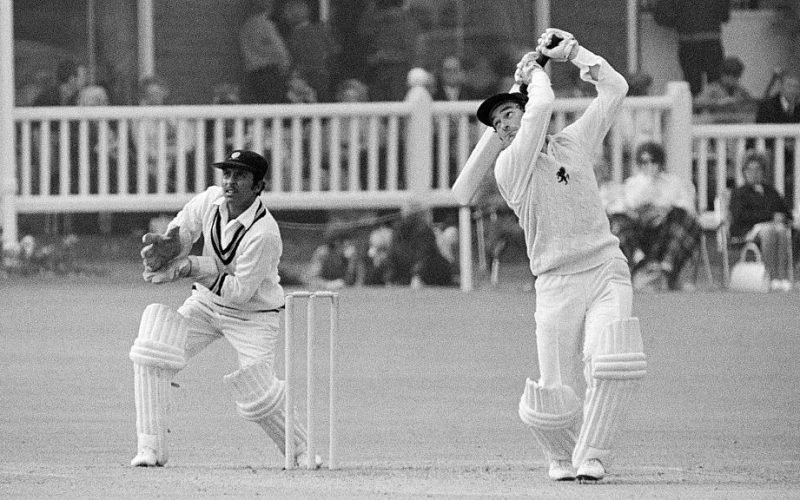 Knott takes his wicketkeeping duties very seriously – believing in being at the peak of physical fitness and showing complete and continual concentration. Always an active player whether behind the stumps or batting, he provides wonderful entertainment for the spectators. As a batsman he will go for his shots – he has developed an intense liking for the cut – and he demonstrates the pleasurable policy of using his feet to get to the pitch of the ball. There is little doubt that the full potential of Knott, the batsman, is still to be revealed, although he has already played some fine innings both for his county and his country. When at home in the winter he trains regularly with Charlton Athletic FC and plays table tennis keenly, finding it particularly helpful for his footwork, reflexes and reaction.

Without being superstitious, he has his own trademarks, developed over the years. He always keeps his shirt collar turned up to protect him from the sun, his sleeves rolled down to safeguard his elbows when he dives, and, on a tip from the former Northamptonshire and England wicketkeeper Keith Andrew, whom he greatly respects, he never forgets to warm his hands with hot water before going on the field.

His county captain, Colin Cowdrey, has said: “I think he is the most gifted and dedicated cricketer one could ever wish to play with, never satisfied with his performance and always seeking for a little more perfection.” Knott, a thoroughly likeable young man and a highly talented performer, admits that he rarely feels satisfied with his wicketkeeping or his batting.