Karunya Keshav celebrates a special hundred that marked another milestone in the progress of the women’s T20 game.

Harmanpreet Kaur, it would appear from her feats in the last couple of years, doesn’t just make hundreds: She smashes centuries that define moments.

Her latest was a remarkable 103 off 51 balls that was the curtain raiser to the first standalone Women’s World T20.

There in the West Indies, oceans away from the audiences that broadcasters and advertisers are so interested in, in a tournament that for the first time was attempting to step out of the shadow of the men, her pyrotechnics were a victory for all stakeholders of the women’s game. “Watch this!” pleaded the tournament’s slogan, and Kaur gave everybody a reason to. 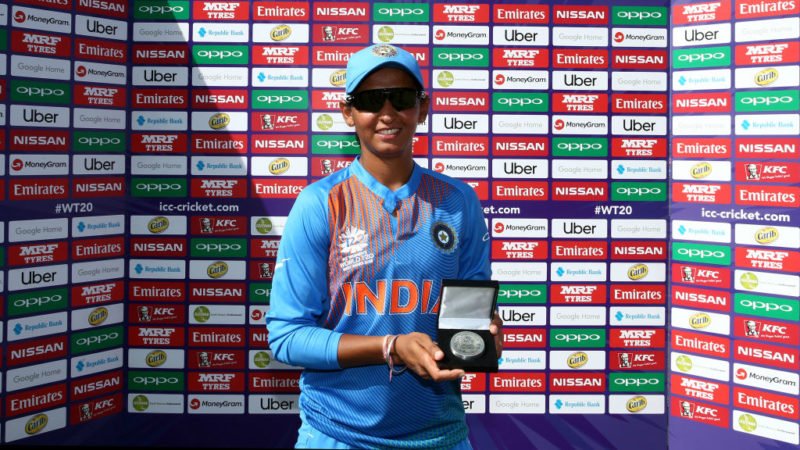 For Kaur, the pressure of the innings began before she padded up. Though only the first game of the tournament, it felt a virtual quarter-final with pre-tournament favourites and eventual winners Australia also in the group. Plus she had a back ache and, as captain, she’d gone with a high-risk strategy of pushing Mithali Raj, their most reliable batter, down the order. She had no choice but to score big.

Coming in at 22-2, Kaur, as ever, took her time to get started. Just five runs off the first 13 balls. Then, as ever, she exploded. The first six of the tournament soared over mid-wicket. Twice in that Jess Waktin over she danced down the track.

If New Zealand expected the break when she was tended to by the physio for cramps to hold her back, they had evidently never watched her before. Kaur only gets spurred on by such grievances and with Jemimah Rodrigues, on WT20 debut, adept at rotating strike, the runs flowed freely.

? Second highest T20I score of all-time@Ben_Wisden on the innings that confirmed her status as a star of the world game.https://t.co/VBN8ytqws9

A single to backward point brought up fifty, off 33 balls. Of course there was no celebration; the job wasn’t done yet. Perhaps the best of her eight sixes that day was when she got down on one knee and slog-swept it into the stands. All shape, power and attitude.

The hundred, which had an inevitability to it, came with a brace. She did some gardening back at her crease before she finally raised her bat and embraced her partner. It had taken 49 balls.

Only two Indian women had made T20 centuries before – Mithali Raj, who had two, and Smriti Mandhana – but never in a T20 international. And never had anyone, from any country, done it coming in at No.5.

India’s 195-4 was the highest total in the Women’s WT20. The standalone women’s game had nothing to worry about.