Ben Gardner on a knock that sealed a world record T20I chase, and confirmed its maker as a batsman like no other.

As Oscar Wilde would surely have said, had he lived to see Danni Wyatt bat: “To score one blistering century in a world record T20I chase might be regarded as fortune; to do so twice in the space of four months looks like genius.”

That first hundred, helping England recover from 30-3 to chase down 179 against Australia, was somehow simultaneously a bolt from the blue and a deliverance on years of unfulfilled promise. But while that innings will always be Wyatt’s calling card, without something to follow it up, it wouldn’t be long until that era in the wilderness – eight years and 123 games without a half-century from the start of her career – reared its head again. Another fallow period would have seen Wyatt labelled a one-innings wonder and nothing more. 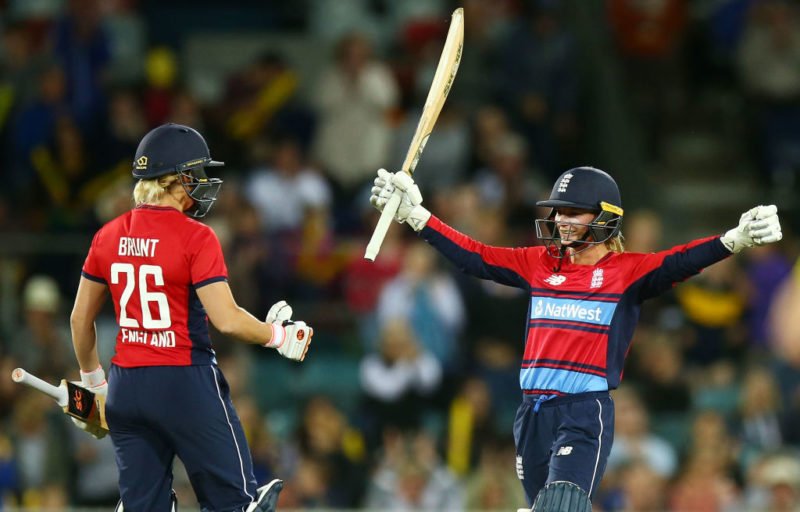 Her 124 against India – the second highest individual T20I score of all time – put all that talk to rest, with Wyatt emulating her knock from a third of a year hence almost to the letter. Perhaps she even exceeded it.

Certainly statistically there’s no argument which of the two comes out on top. Against India Wyatt’s task was taller and her contribution greater – 62 per cent of 199 compared to 55 per cent of 181. While England’s position was never as perilous against India as against Australia, Wyatt received less support, with the next highest score a mere 35 – against Australia Heather Knight chipped in with a half-century.

The conditions were tougher in India too, more alien, with Wyatt forced to take down the spinners – she usually favours pace – and having to deal with oppressive heat rather than the cool Canberra evening air. 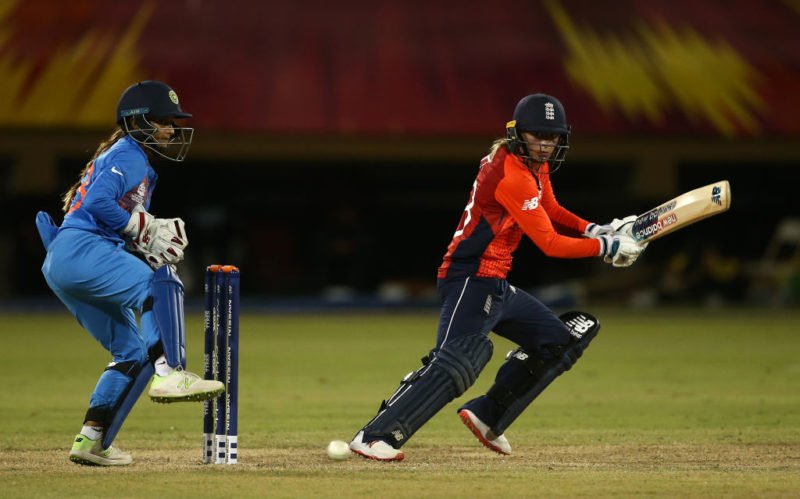 The stakes were perhaps even. While the India knock came in a live tri-series involving the two other best teams in the world, the game against Australia was a dead rubber in name only, with the Ashes forfeited but a share of the series and the T20 honours up for grabs. But while comparing might be fun, the knocks really are two of a kind, and the type only Wyatt could pull off.

Like all the best Wyatt knocks, both came with a sense of freewheeling certainty that made it feel inevitable that the ball would always elude fielder’s hands, false shots would be missed rather than edged, and that whatever happened the previous ball, Wyatt had a good chance of smashing the next one. Maybe it’s the sureity of her sixes, few of which just clear the ropes, or her unfussedness at a near-miss – if it doesn’t bother her, why should it you? – but the end of each of her innings feels surprising, even if the signs were there all along.

There’s magic in Wyatt, a confidence that borders on mysticism. Before heading out to India she told Wisden Cricket Monthly, “I’m ready to go out there and score another hundred,” while even as England took the field in the wake of New Zealand breaking the world record for the highest T20I score hours previously later in the year, Wyatt knew what was coming, texting her dad that another world record was on the cards. She duly smashed fifty as England racked up 250-3.

Perhaps the scariest thing about her century against India is that there’s nothing stopping her doing it again and again, proving herself right and her doubters wrong all the while.