The talking was over, the phoney war done. The No.1 team against the impregnable home force. Root and Kohli, old worlds and new. World cricket’s glamour tie.

That 2014 series, and its murmurs of Jimmy-phobia, may have occurred several lifetimes ago, but still there was no way around it: He’d never made a fifty in England. The summer of Virat was upon us.

Edgbaston, early August. First Test of five. A dry summer had given rise to hazy theories that it would grip and rip. Did it? Not really. Certainly not much. But it seamed; of course it seamed. 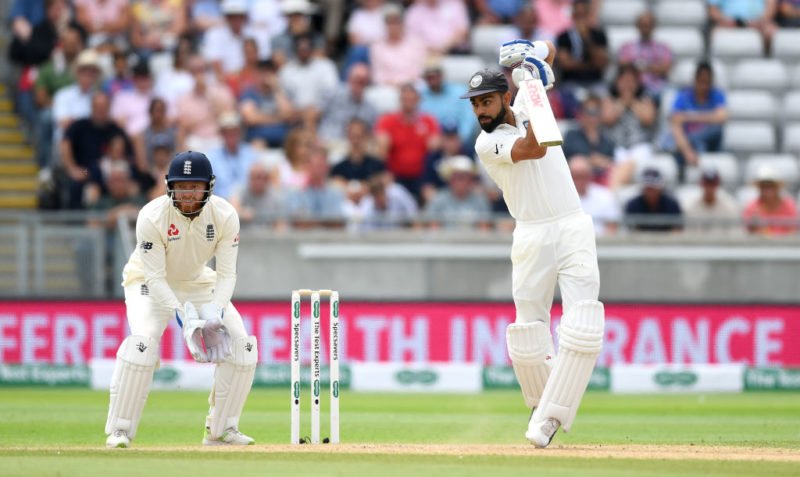 No other Indian batsman passed 30

England had first go. Root cruising, England building, when Kohli gathers at mid-wicket, turns on a dime and throws down the stumps, mocking the ‘bat-drop’ as Root trudges off. The rest just fall away. All out for 287.

India’s openers ease into their work. The half-century stand an unperturbable stroll. Sam Curran is thrown the ball. He hitches his shirt sleeves up, plumps up his floppy fringe, and cleans up the top order. From 50-0 India are 59-3. Kohli is in the building.

To begin with he’s almost comically circumspect, blocking and then shadow-blocking, leaving and leaving and leaving again, growling at the suggestion of a false move. To Anderson he is deferentially cautious, exaggerating his defence to the moving ball, swerving the bumps and riding his luck. 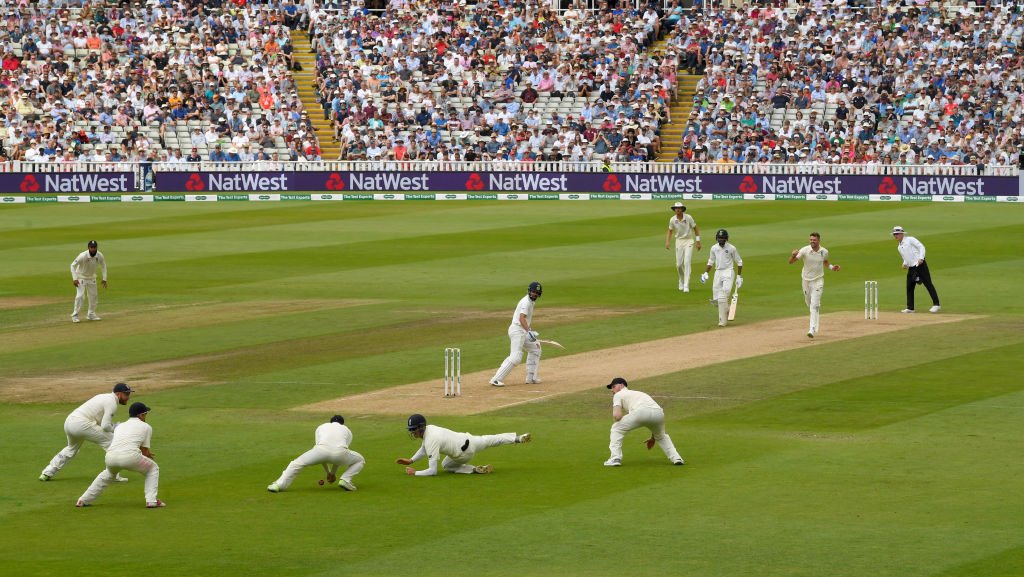 Kohli was dropped by Dawid Malan early in his innings

And luck there was. On 21, in the midst of one of those Test-match passages that tend to stay with the watcher longer than the contents of entire world tournaments, he edges Anderson to second slip, where Dawid Malan, struggling for runs, the mind cluttered, stares at his hands, and then at the floor.

Anderson would spend a whole summer trying in vain to get him out.

Suddenly he kicks into gear. The checked-checked drive his signature. Another half-chance at 59, again to Malan; but thereafter it’s magisterial.

No one could stay with him. No one else could get to 30, so Kohli did the lot. He is in the eighties when the No.11, Umesh Yadav, joins him. India still 70 runs behind.

Nobody runs harder than Kohli. Nobody bats with the tail like Kohli. No one dominates an arena like Kohli – not since Lara, not since Viv – and only maniacs desire it more. The balance of power shifts in minutes. Even the hundred itself, sealed with a kiss on his wedding finger and blown along the blade of his bat to his wife, the Bollywood actress Anushka Sharma, is an alpha masterclass.

Then he cuts real loose. With the field scattered, he scampers and plots his way towards England’s score. A joke shot to bring up his first six, pull-driving a respectable leg-break over long-on off the back foot, precedes his final act, a skewed cut shot one shy of his 150. One of the knocks of the century, by the century’s best. And he knows it.

No.2 on our list of Test innings of the year