Next in our series profiling colossuses of club cricket, Scott Oliver speaks to a prolific seamer who has bagged five England captains.

When Ajaz Akhtar, then aged 33, ran in to bowl the first of 422.5 overs he sent down in Peterborough Town’s 2001 campaign, the highest number of wickets taken in a single season in the top flight of Northamptonshire league cricket was the 81 bagged by John Dennis and John Dale, both in 1965. In the 16 seasons since, it’s 73. Akhtar would go way beyond those numbers, helped by not once coming out of the attack, which in turn was assisted by him being skipper. “We had quite a weak bowling attack that year,” he deadpans.

Surely only weather, abduction or amputation could deny him.

Tall and accurate, bowling tight to the stumps and swinging it away about 25mph slower than his namesake Shoaib – “I had the keeper up for the last two-thirds of my career” – ‘Jazza’ snared 6-45 on the opening day of the ’01 season. Ten matches in, he had seven five-fors and 53 wickets in total – just 13 shy of his best-ever haul in 1996, when he also contributed 800 runs to Peterborough’s title victory. 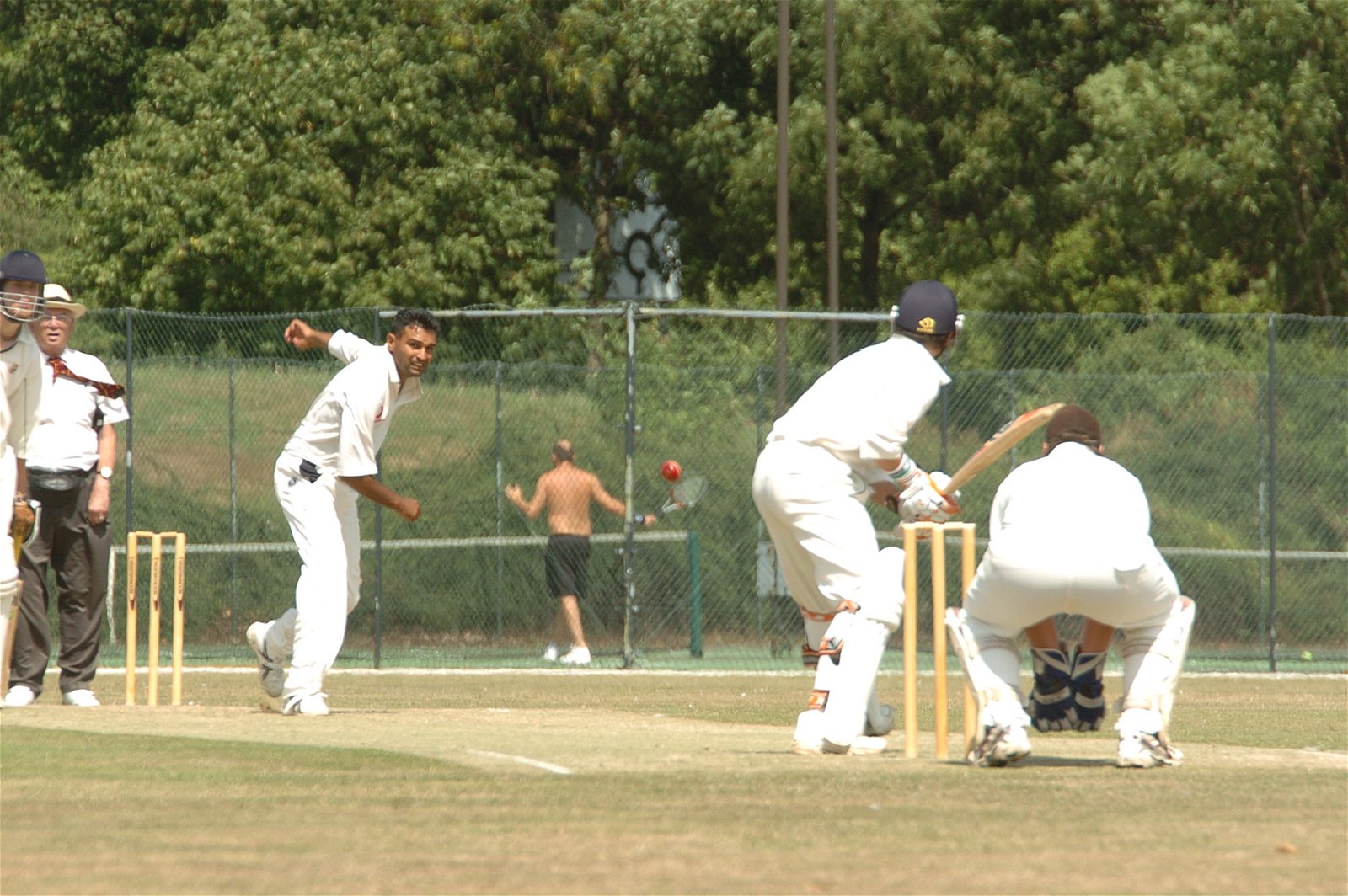 Akhtar arrived in the Fens from Pakistani Punjab aged three, and the only senior cricket he missed for his beloved Peterborough between his debut in 1986 and departing top-level club cricket in 2013 were the two half-seasons he spent as a student and four when being club pro elsewhere in the country: at Stockport (where his 92 wickets included Andy Flower and Stuart Law), Gateshead Fell, Dareham in Norfolk and Dennington in Yorkshire. “It was a lot of commitment,” he says. “I only missed three Saturdays across all those years.”

He enjoyed a 20-year career for Cambridgeshire, too, twice winning knockout finals at Lord’s: once as skipper, and once with a late-order cameo in an arse-nipper. He started with a 35-over spell on debut and finished with the second-most wickets for the county: 536 in total – 430 in the Championship, including a young Alastair Cook, caught and bowled in the future England captain’s only game for Bedfordshire. In fact, Akhtar dismissed five England skippers in all, including Michael Vaughan for 10 – also caught-and-bowled, in the C&G Trophy – when the Yorkshireman was ranked the top batsman in the world after his golden Ashes trip of 2002/03.

I had bowling miles in me by then, and knew my game inside out

Akhtar is one of only four Minor Counties players to win two Man of the Match awards in the NatWest Trophy (and variants); once for a better than run-a-ball 78 against Somerset, the other for knocking over Kent’s top four in a spell of 12-6-28-4 that briefly threatened a giant-killing. He had taken 4-7 when the keeper spilled a steepler from Matthew ‘Jazzer’ Fleming, who then smote his nickname-namesake for a couple of sixes to dent his figures and swerve the banana skin.

Yet for all the fun with Cambridgeshire, 2001 was the undoubted pinnacle of his club career.“ I had bowling miles in me by then, and knew my game inside out.” 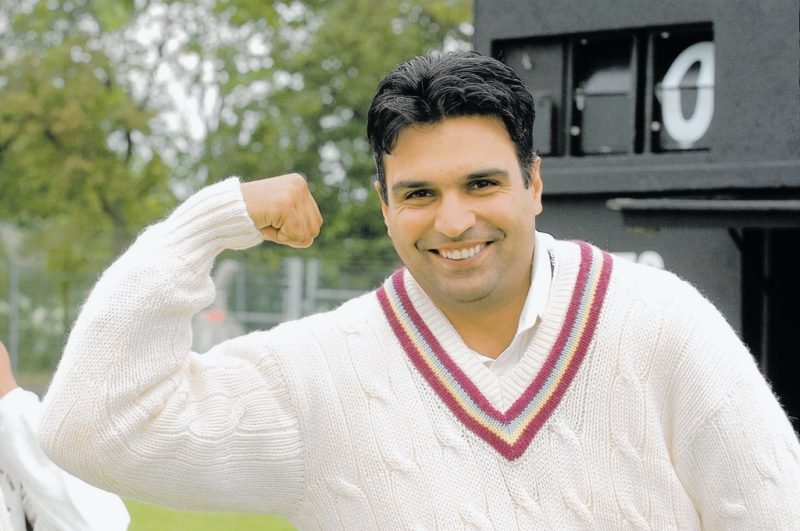 Ajaz Akhtar posing after a game for Peterborough Town against Northampton

With the middle two games of the campaign washed out, 10 fixtures remained to achieve the highly improbable century of wickets. A career-best 9-21 against Bedford Town made him odds-on, and with three matches left he had 90 wickets. Surely only weather, abduction or amputation could deny him.

However, a relatively meagre two weeks left him needing a ‘Michelle’ on that final afternoon. “I got four really quickly, in about seven or eight overs,” he recalls, “but the Northampton Saints guys had had a bet: whoever was my 100th wicket had to pay £100, so they just blocked and blocked me for the rest of my spell.”

With one ball left to bowl that season, he was still sat on 99 victims. “I said to their batter, ‘Come on mate, you can be part of history here’, and pitched it up, full and straight. He absolutely smashed it back. It was going to hit me in the forehead and I somehow stuck up my hands and caught it. Then everyone just went mad!”

With shorter matches and restricted overs now in the Northamptonshire Cricket League, it’s inconceivable anyone will again scale Jazza’s Peak.

Do you know someone deserving of a place in the Wisden Club Cricket Hall of Fame? Let us know on Twitter @WisdenCricket or email editorial@wisden.com.