England’s limited-overs captain shares his tips on how to get good value for your shots all around the wicket.

Speaking as a captain, it’s a nightmare when a batsman plays the sweep because it throws open so many different areas for them to score. You normally have to bring mid-off and mid-on up, and drop third-man and fine-leg. It’s an extremely valuable shot. 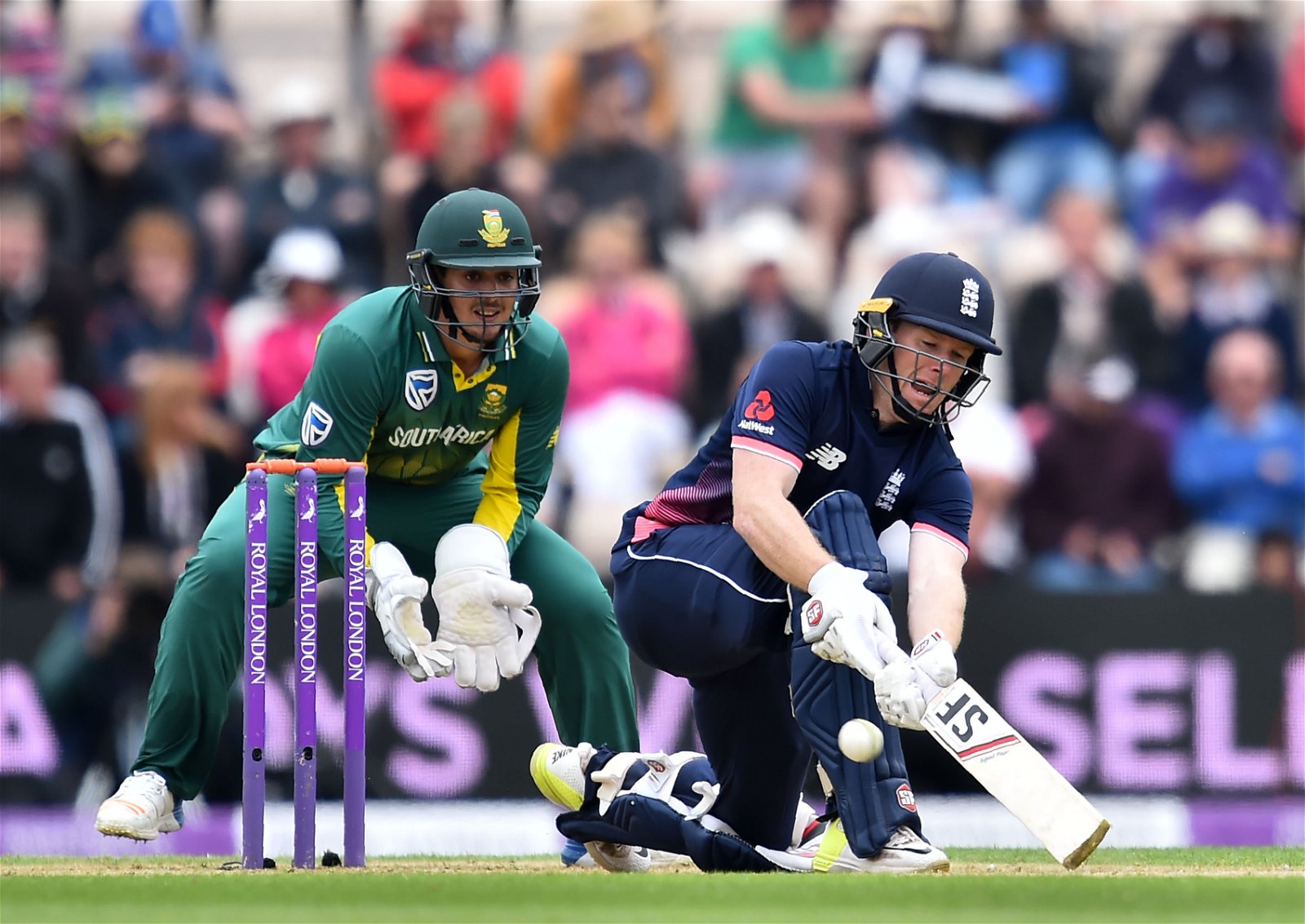 The sweep is a nightmare for captains

The basics of it are just backing your hand-eye coordination and staying balanced. You don’t really need to adjust your grip.

If the bowler is predominantly bowling slower balls and you have no pace to work with that means you have to generate it with your hands or body to get it past the keeper. You’re better off putting the sweep away, sitting back in your crease and waiting for the bowler to miss their length and take on a boundary option elsewhere.

Hitting over long-on is something I’ve worked at for a long time. When I first started playing T20 cricket for Middlesex the boundaries at Lord’s were too big for me so I would play a lot more paddles and reverse-sweeps. As I became bigger and stronger I found it a lot easier to get under the ball and get enough power to clear the ropes. I see it as low risk and an imposing way to put the bowler under pressure. If you can get one of your first two balls away for four or six, it normally ends up being quite a big over. 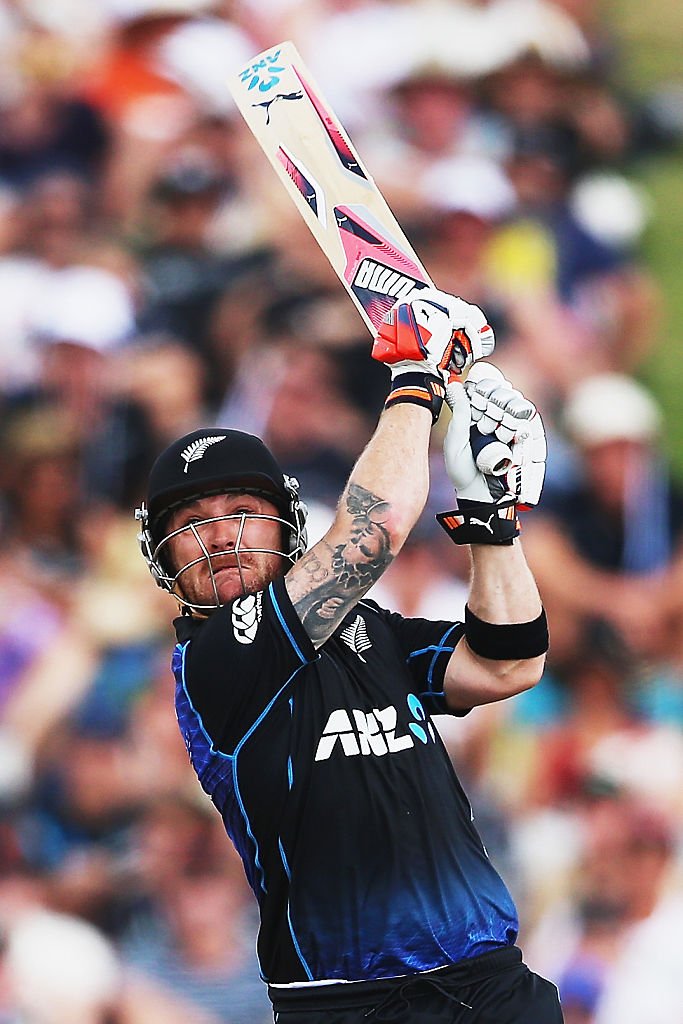 Footwork is key when you’re coming down the wicket. When I’m coming down the wicket I try not to get too close to the ball. We’re taught from a very young age to get as close as you can to the ball in order to try and be in a good defensive position, but I want to free up my hands as much as possible so I can go aerial or along the ground. I like to run a little bit leg-side to open up the off-side.

Someone like Brendon McCullum runs at guys bowling 90mph. If you watch him, he never gets too close to the ball so his hands are always free.

There’s generally a fielder on the reverse-sweep when I’m batting so I’ve started hitting through the off-side a lot more. If I beat cover it’s great value. I get either two or four.

The fundamental of the cover drive is that you want to hit it with really strong pace. Graham Gooch always used to say you should point the toe of your bat to where you want to hit the ball, and that’s a perfect description.

The cut stroke is a productive shot for a left-hander because of the angle you have to work with, but it’s crucial that you let the ball come to you and don’t try and hit it too hard. Play it under your eyes so it’s more likely to go along the ground and you can get better timing on it. Just use the angle and the pace of the ball. 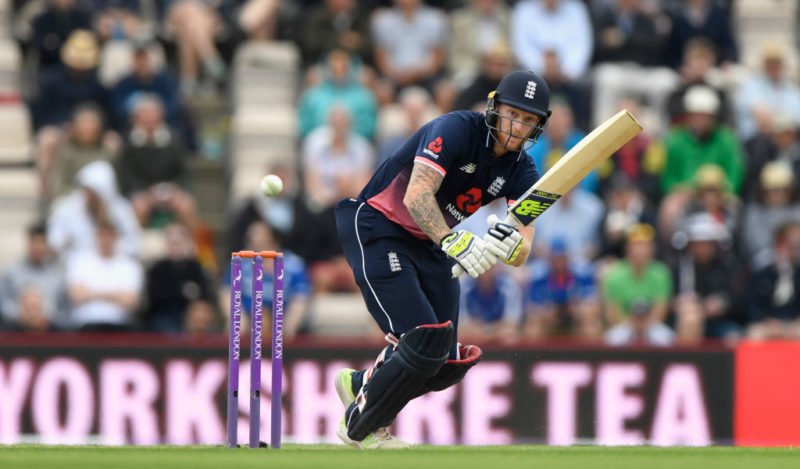 I’m not a big leg-side player – only when I’m slogging it! Hitting big through mid-wicket has become one of my strong areas. It can be premeditated, it just depends on the situation. The key is to clear your front leg and still have a stable base in order to hit in that direction. If you don’t clear that front leg you can sometimes cut yourself off and hit the ball too square, where the fielder normally is.

If you want to work the ball into the leg-side, you might want to take an off-stump guard. If you’re struggling, it’s a good way to get off strike. Coming across your stumps allows you to either let the ball hit your thigh pad or clip it down to fine-leg or through mid-wicket.

Eoin Morgan was speaking at the NatWest Outstanding Service to Cricket Awards (OSCAs), which aim to recognise the contribution that volunteers make to the game. To find out more about NatWest’s continuation of its longstanding involvement in community and grassroots cricket through the Cricket has no boundaries campaign, visit natwest.com/noboundaries #NoBoundaries