From an epiphany in the middle of the night to MS Dhoni walking out in a pair of your spikes in an ODI for India. It’s been a rollercoaster couple of years for Dave Paynter and his Payntr brand – but this is just the beginning.

“I used to get trainers spiked as a player and a lot of others did too, there was an obvious trend that players just didn’t like what was out there,” says the former pro. “Everyone wants to look good, whether you’re on a night out or you’re playing cricket – footwear defines a person.”

Cricket runs in the family for the Paynters. Dave’s great grandfather played for England during the infamous bodyline series and scored over 20,000 first-class runs.

“Cricket is in my blood. My great grandad played for England in the bodyline series, and my dad played, so I was always in and around it, watching it. It was just the road I decided to go down and I was lucky to end up being a professional.” 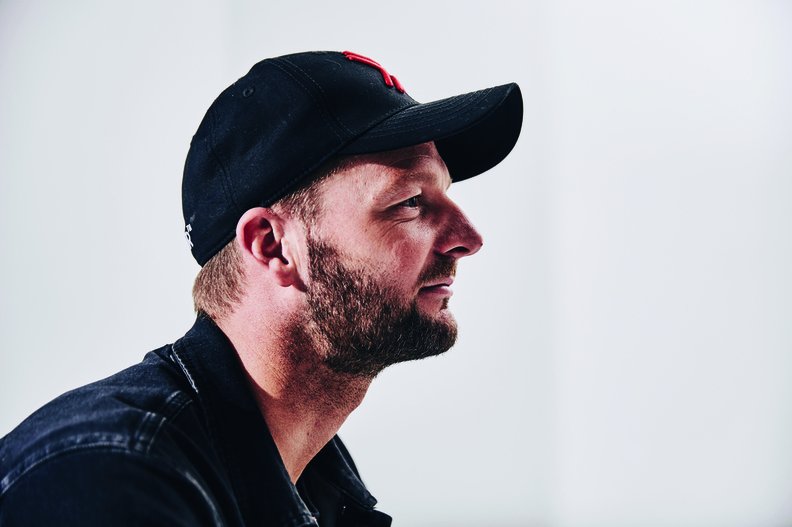 Dave was a professional cricketer in his early twenties and made his first-class debut in 2002 but, as can happen in professional sport, it just didn’t work out. “When I finished playing I was only 25. I went into the family flooring business and it was just something I didn’t want to be doing.

“I remember having the brainwave. It was midnight one night and I got up and I just thought that’s it, this is what I want to do. I thought ‘I want to create a running-style performance shoe for cricket, so you’ve got the best of both worlds.’”

The footwear market always seems like it’s rather saturated. There are a lot of brands all fighting for the same market share, even in the cricketing world. Adidas, New Balance and PUMA all have a strong foothold in the game, with plenty of brand, market and player power behind them.

“It never really crossed my mind too much, but it did with other people that I knew, saying ‘How are you going to compete with them?’ For me it became an obsession. As an entrepreneur you take risks and chances, but they’re calculated risks. You’ve got to have that passion and drive to understand it won’t work first time, and you will get knocked back, but you just have to keep going, that’s the hard part. The daft thing is you’re competing with billion-dollar brands!” 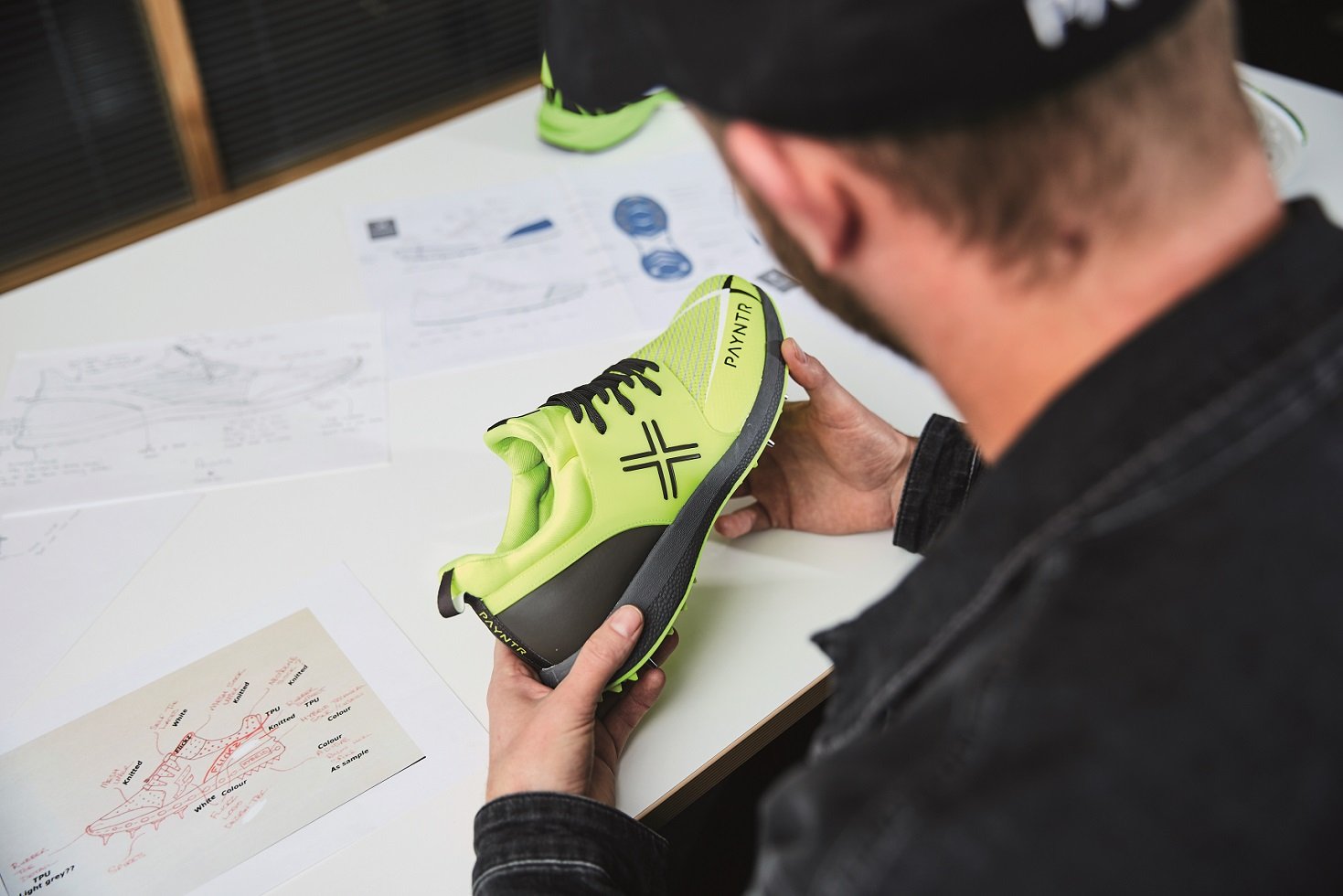 “Everyone wants to look good, whether you’re on a night out or you’re playing cricket”

When it comes to developing and launching a new product, it takes a lot of time, effort, and thought. You get a sense of true Yorkshire grit from Dave – he’s incredibly determined to make a success of his vision.

“I was working on it alone for a year and a half, funded with my life savings, and I thought, no, I’ve got to make this work. My partner was very supportive, telling me I had to get on that plane to China to get the ball rolling.

“I knew it was going to be a success because there was a gap in the market there for something like these if I got it right. But really early on I had to source it all, travel to China all the time, and design it all before any investment.

Investors and designers got on board after those tricky first 18 months, and things really started moving on for Payntr the brand and everything started to become more of a reality. 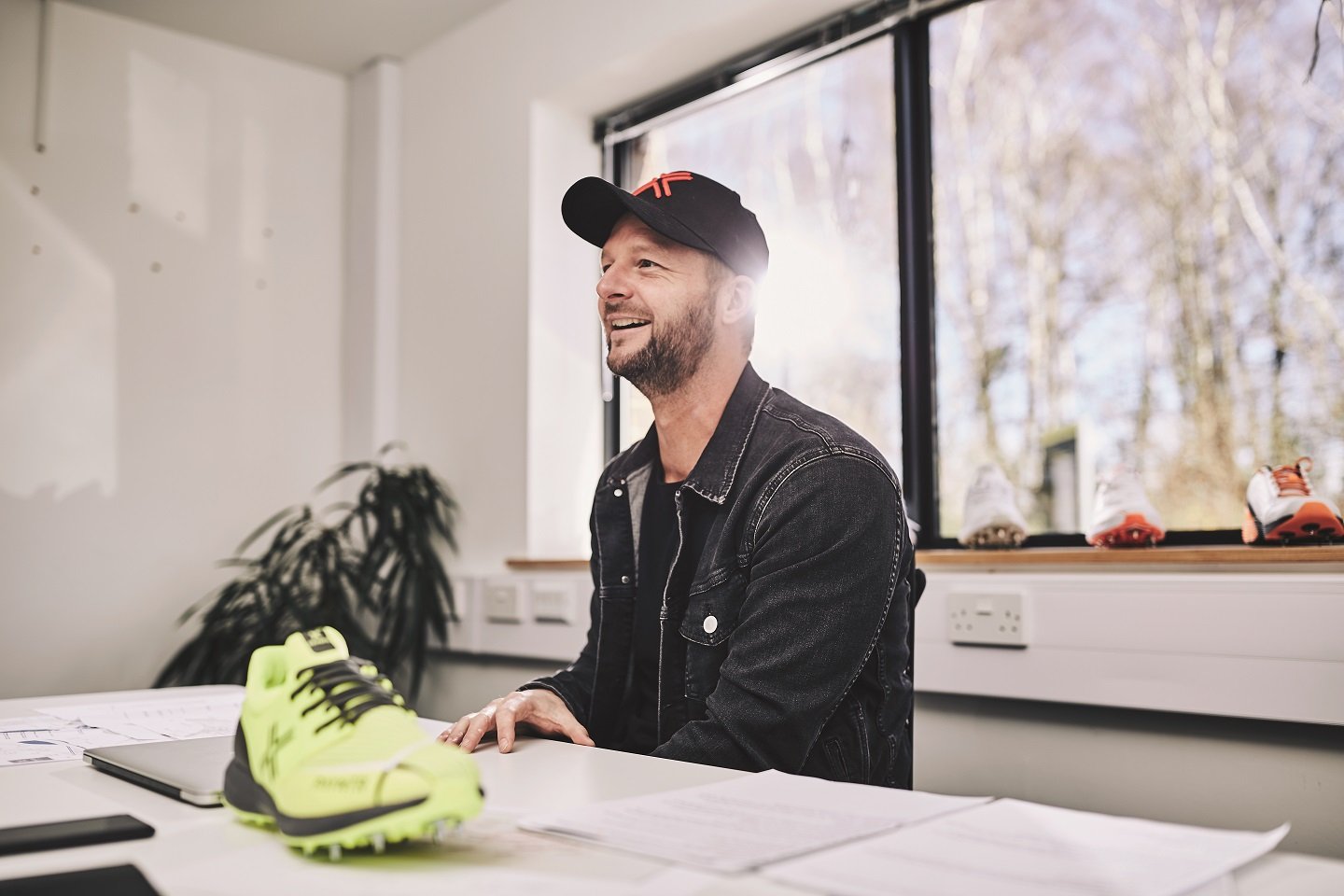 “It became an obsession. As an entrepreneur you take risks and chances, but they’re calculated risks”

“The problem is the factories in China haven’t got a clue about cricket, so I spent a lot of time going back and forth saying ‘This isn’t going to work’ and it involved a lot more downs than ups! It’s a long, drawn-out process.

“We got to a point where we were going to launch a shoe which was very different to the one we have today, and one of our investors knew I wasn’t 100 per cent and said if you’re not happy, don’t launch it. It was very hard after spending a lot of money getting to the point we were at and going back to square one, but it was the best decision we could have made and that’s where Payntr stemmed from.”

Adidas is one of the most famous sportswear brands to be named after its founder, but that wasn’t something that Dave had ever really envisaged for his company.

“When it’s your own name it’s a bit weird to get used to. When we started to work with the designer we went through so many names. He’d created a few presentations and he said ‘I know which name I like the best and I know the one that you will choose,’ and he pulled out Paynter. Eventually we dropped the ‘e’ to go for Payntr, and we loved it straight away. 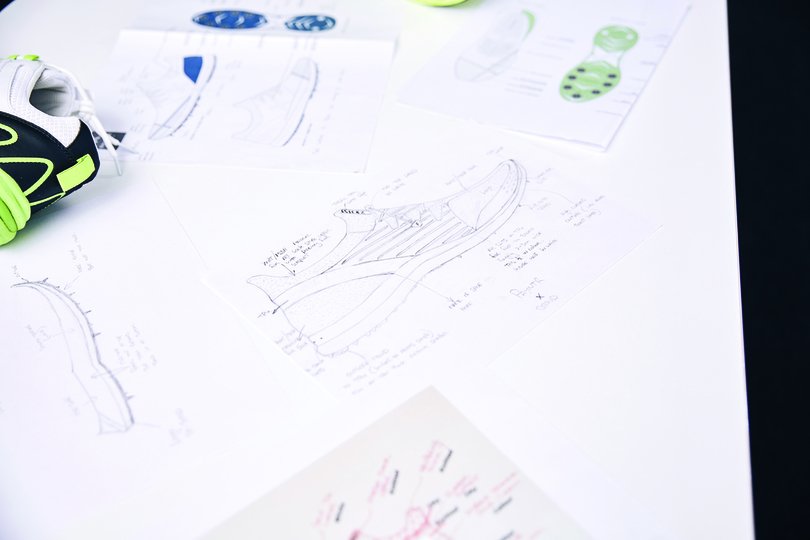 “We’re lucky with the family name, because you obviously can’t buy heritage, but with my great grandfather and me it felt like a great platform.”

When Payntr finally launched there was an incredible hype within cricketing circles, with the likes of Graeme Swann and Michael Vaughan raving about a brand new cricket shoe that seemingly no one knew anything about.

“The reaction was fantastic. Originally we were just going to launch it ourselves through our website, but after four or five days of the products being out there the phone was ringing off the hook with retailers that were willing to stock the product, so we had to have a big rethink.

“We’re now in 12 or 13 countries worldwide and it’s crazy how fast it’s grown. It’s all rather surreal having the likes of Darren Sammy and Michael Vaughan getting in touch for pairs, and it’s flattering that people at all levels of cricket want to wear our shoes. It’s a great feeling.”

Payntr quickly launched their new and improved X MK2 shoe at the start of 2018. It was another huge leap for the brand, showing they’re not willing to sit on their hands and stick with what they had. 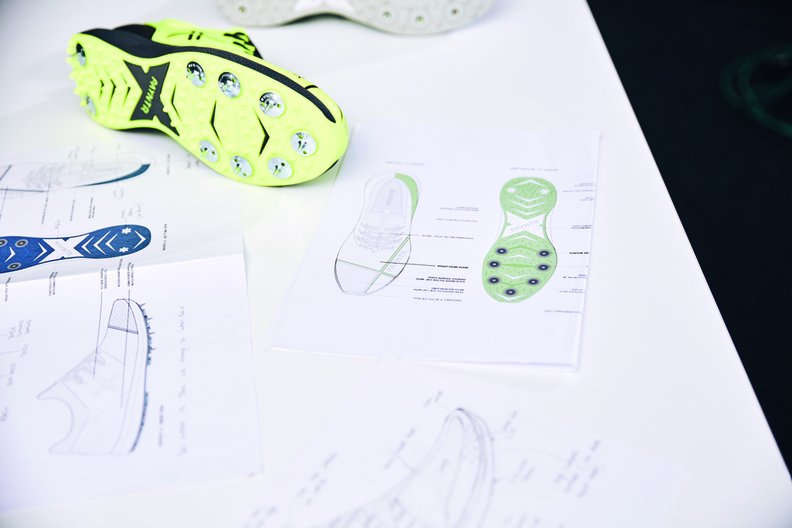 Graeme Swann, Michael Vaughan and Darren Sammy are all fans

“We listened to feedback from retailers, and especially pro players, because at the end of the day these are the guys that wear the shoes day in, day out, and we want to get that feedback because we want to constantly improve our product. You’re never going to make the perfect product, even Nike and Adidas don’t do that, so constructive feedback is always welcome.”

You get the feeling that the sky is the limit for Dave and Payntr. His passion and hunger that is driving the brand shows no signs that it’s going to let up.

“We’ve got some big plans brewing within cricket and in other sports, but for us the end goal is actually, where do we stop? The surreal and scary thing is it’s only been a year, so it’s incredibly exciting to see what’s next.”

One year, and they’ve already produced one of the best cricket shoes on the market – Payntr are certainly a brand to watch.