The renowned fielding coach on his lifelong love of the game’s ‘third’ skill, and creating better fielders. Originally published in Wisden Cricket Monthly.

I started playing for Gloucester when we were a very successful one-day side, with Jack Russell behind the stumps, and we won a lot of trophies. In my first year on the staff, I was picked for my fielding, because the make-up of the team meant there was always a spare spot. I spent the first two years playing as a specialist fielder.

In my last two years at Gloucester, I was the team’s fielding coach while still a player. I had always taken the players aside with suggestions to do some extra fielding and specific drills. I was always looking for ways to improve and investigating any new trends. 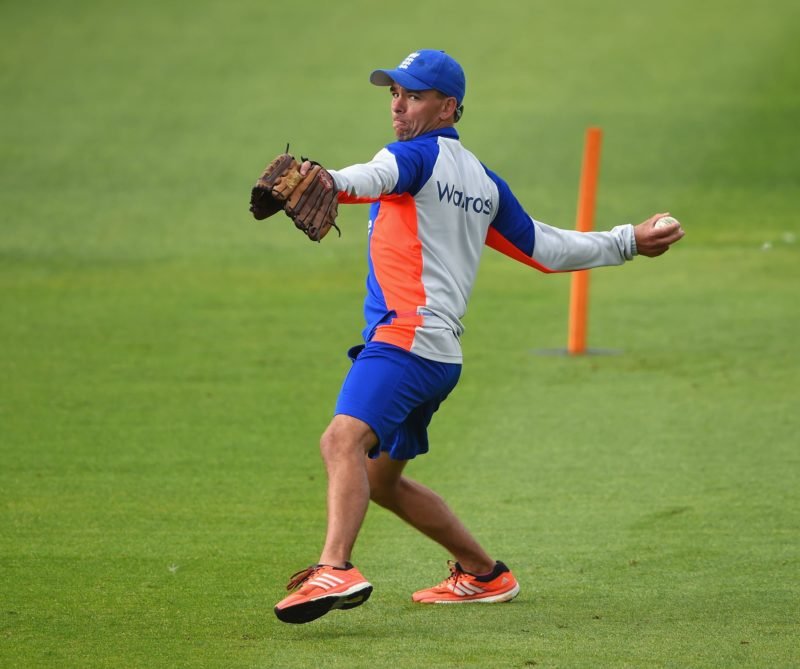 The majority of coaches take notes, carrying around pen and paper as they go and I was the coach who collected information so I could use it for reviews and debriefs after the game, and also in order to shape the way we practice. I had a little black book when I was still a player where I would record instances where I misfielded or dropped a catch.

Good fielders are generally good all-round sportsmen. The skills that you require to be a good rugby player or footballer – peripheral vision, changing direction, hitting the ground – are generally transferrable. Jos Buttler is a good example of someone who’s brilliant at all sports. And attitude is key. Great fielders have great attitudes. They don’t just want the ball to come to them, they want to actively change the game. 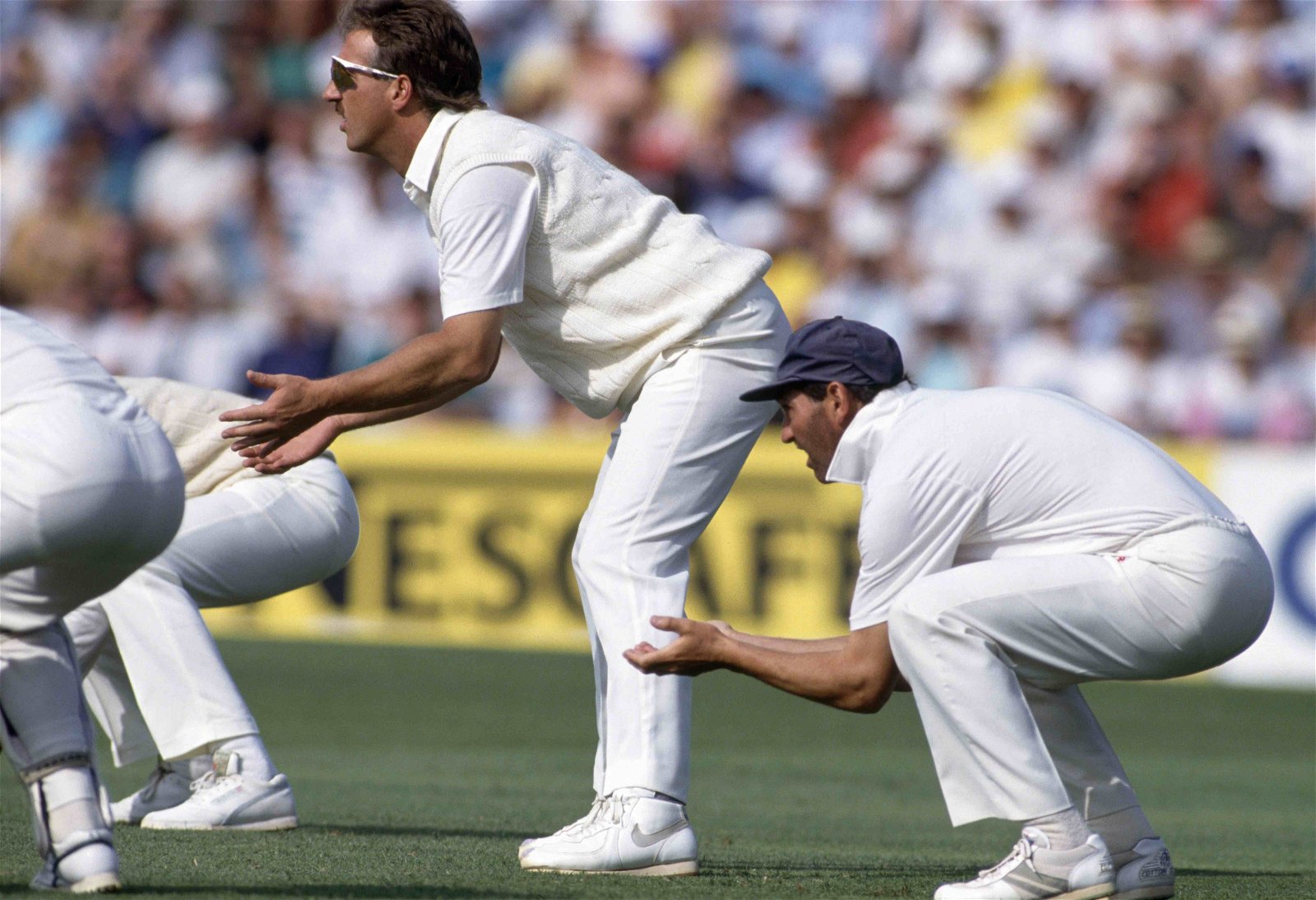 According to Taylor, this is an example of poor posture in the slips

I find that it’s hard to coach things like anticipation and awareness, because they are generally innate. But every fielder can become a better fielder. You can’t turn a shocking fielder into Jonty Rhodes, because there is an innate skill level required. There’s no turning Monty into Jonty, but Monty could become a better version of Monty.

Stokes is the embodiment of the modern fielder, in that he can field anywhere. Each position has its own skill set, and he’s got them all.

Posture is so important to a slip catcher. Because you have so little time to react, half a second in some cases, you need to be able to move freely and quickly

To be a great boundary rider you need to have a rocket arm. Stokes has an arm that’s not quite comparable to baseball, but it’s not far off. You need to be able to cover the ground quickly, and to be able to hit the ground from a running start, often running 20 yards before launching into a full-length dive.

He has that ability to field anywhere in the ground, which makes him unique. In the one-day team, he fields where he wants. Wherever he thinks the ball is likely to go, he will head off there. 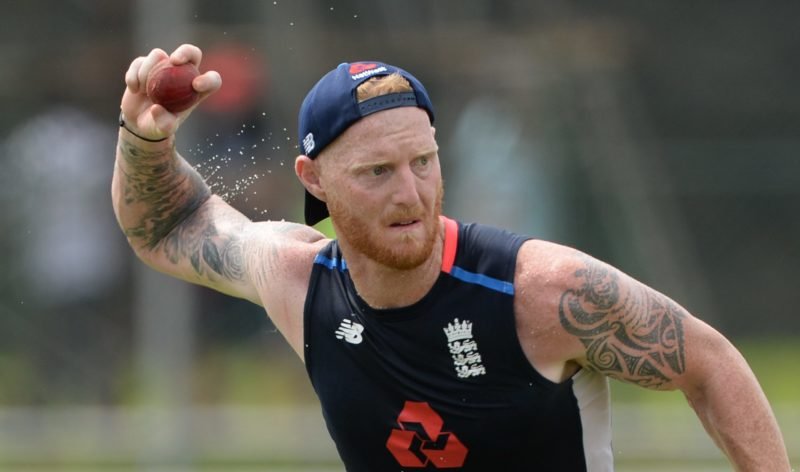 Stokes, although brilliant in the slips, is reluctant to field there

Stokes is a great fielder in the slips but he hates it in there because he gets bored. I was with the England team in the Ashes in 2015, when he took that incredible catch at Trent Bridge, and we’d just managed to persuade him to go into the slips, but he was forever trying to get himself back out of there, because he doesn’t like standing still, not doing anything. He wants to be moving and running around.

Take Maxwell during last year’s Big Bash: as a ground fielder, I recorded him touching the ball 94 times and making 60 throws. Within that, I recorded the quality of his throwing, the times he threw at the stumps, and his conversion rate – so of nine chances he converted eight of them. From all this I can ascertain his ‘hotspot’ – the best place for him to field based on the data I’ve recorded. In Maxwell’s case, it’s ‘long on’.

Posture is so important to a slip catcher. Because you have so little time to react, half a second in some cases, you need to be able to move freely and quickly. 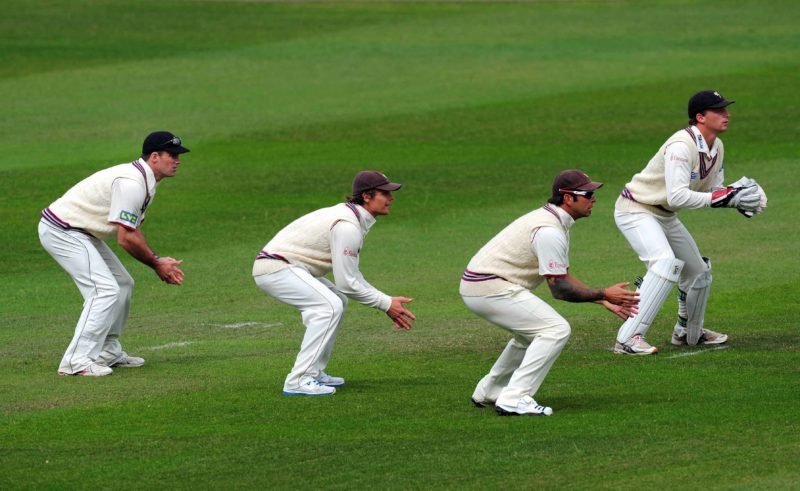 A good example of how to stand in the slips

Taylor has devised a new app to help professional teams refine and upskill their fielding units.

After manually keeping notes on a spreadsheet of where the ball goes and who fields it, I began to realise there must be a better way of recording the data! I developed this app with a tech-guy friend and some researchers at Gloucester University, and I now use it for all the coaching I do. 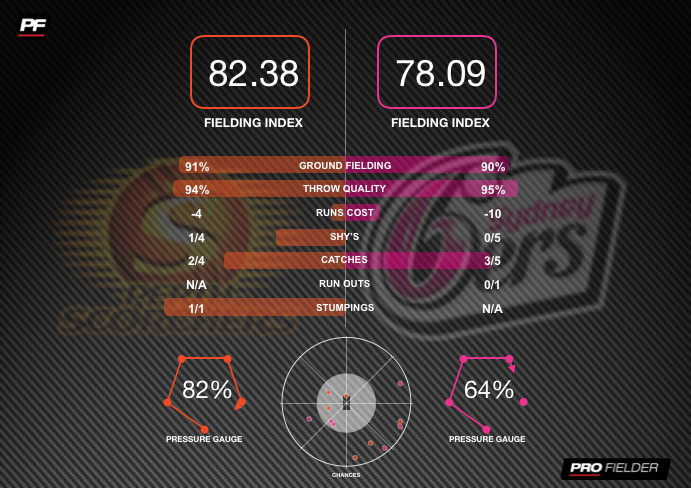 The app records a cricket match ball-by-ball – everything from a direct hit from the boundary, to a mid-on fielder picking it up and throwing it in the keeper.

I’ve been a fielding coach in the IPL and the Big Bash, and I have data for both of the previous tournaments – I wanted to capture data from every piece of fielding at these tournaments because they’re the best competitions out there.

I’ve personally inputted every piece of data so far – at the end of each game it’s uploaded to a server and it then comes out into a spreadsheet.

I can see stats for diving, tumbling, throwing at stumps – in the most recent Big Bash, for example, Melbourne Stars hit the stumps 24 percent of the time with direct hit throws I use this data to show players what skills to work on and, from a coach’s point of view, how the player can work on it.