It’s one of the signature shots of England’s most stylish batsman, and it’s one that’s more than useful against the spinners. Here, Moeen Ali talks us through how to play the lofted sweep shot.

This is a shot that’s come quite naturally to me but it’s an important one. It’s hitting in the air, but actually  it’s quite a safe shot if there’s no one out on  the boundary – and an important option against a spinner. You can’t just let spinners bowl. I know as a spinner myself that it’s easy when guys aren’t playing with intent. So I don’t allow them to just lob it into an area.

For me it will usually be to a left-arm spinner [spinning in towards left-handed Moeen] trying to bowl into the rough, with no man out at deep mid-wicket. This shot is a counter to that: to try and stop him throwing the ball up into the rough.

Otherwise, it will be to an off-spinner who’s not getting much turn. If he’s not spinning it and is trying to hit off stump then it’s normally coming in from outside off stump, and if there’s no fielder out there and he’s bowling outside off stump, this shot will always be in the back of my mind.

It’s a ball that’s slightly outside of off stump, allowing you to free your hands without the risk of being bowled. If there’s no one out in the deep I just try and get it over the in-field and it seems to go further that I expect it to. 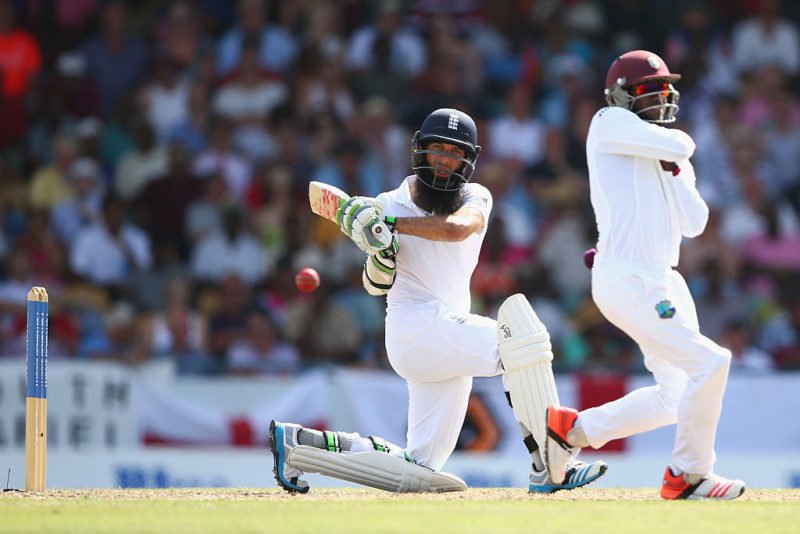 Your head is fairly neutral: not too far forward (or you won’t be able to get under the ball), not too far back (or you’ll take your eye off it).

The ones I try to hit hard I end up not hitting as hard but the ones I just get my hands through quickly are the ones that go further. So it’s not trying to smash it for a massive six, it’s just a nice, natural swing. Let it hit the middle of the bat and that will do the work. It’s a shot you don’t have to put too much in to. 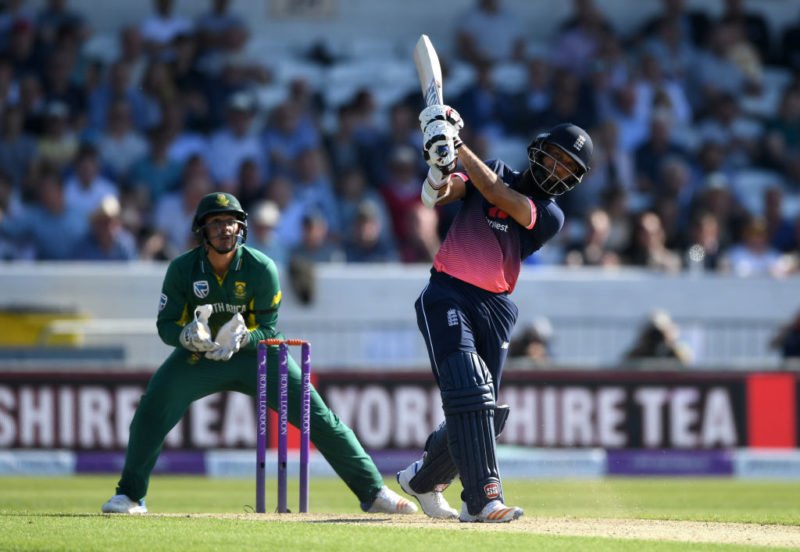 You’re not trying to keep it down, you’re hitting up, over the fielders. And I hit it quite straight. It’s one of those shots where, if you try and hit straighter you will naturally drag  it slightly. It’s certainly more cow-corner than square-leg. Sometimes I’ll even aim more towards mid-on. Then if it’s turning into you it will naturally go a bit squarer anyway.

Particularly to an off-spinner, the danger is trying to hit too square. There’s less chance of getting a top edge or missing it if you’re initially looking to hit that bit straighter.

From there you can adjust: if it’s a little bit shorter than you would have liked then you can go a bit harder and squarer – hitting fairly flat. When it’s fuller you need to aim a bit straighter.

WHAT IF THEY PUT A FIELDER BACK?

Naturally when you do play that shot, the mid-on drops a little bit deeper,  a fielder goes out to cow-corner, and then you can use your feet to come down the wicket or just knock it to mid-on or mid-wicket for a single. It just opens up areas for you. The other bonus is: a lot of the time if they do put a man out it means they’ve taken a short-leg or a leg-slip out – which is perfect. You want them to take out those attacking catchers.

That’s a basic tenet of playing spin: push them back and then just knock it around, make it easy for yourself. 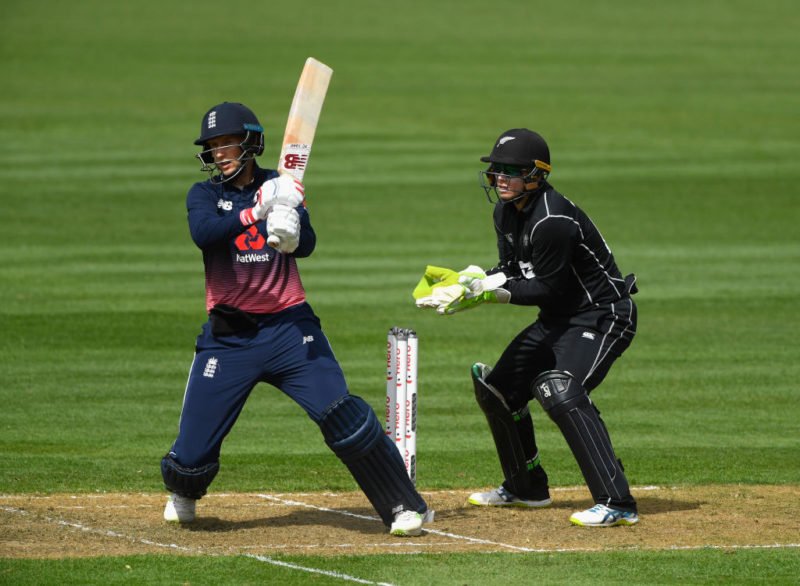 You’ve got to be busy against spinners. Either coming down the wicket or going back into the crease. The key with that is to pair your aggressive intent with a really solid defence, so when you do get that perfect ball then you’re good enough to keep it out. Once you’ve got a good defence you can build into hitting them a bit more and using your feet.

If it’s spinning big away from the bat then using your feet is dangerous, but if it’s not a spinning pitch I would use my feet quite a lot and hit straight, because I know if it’s not spinning then the bowler’s trying to get you bowled or lbw. So you can take those things out of the equation.

For me Joe Root is one of the best players of spin I have played with. He uses his feet up and down, and he doesn’t let bowlers settle.