Alex Tudor, the former England and Surrey fast bowler, answers a reader’s question on how to find away-swing when it deserts you.

This is a great question because I also had this problem in my career, and Stuart Broad had it too. When we began our careers, we were both naturally able to bowl an away-swinger to the right-hander, but as you go on, you start to produce this in-swinger. Then you train the brain to bowl it one way and you almost forget to bowl your stock delivery. It took me a long time to get it back.

The wrist is the key to everything. If Callum had an away-swinger and lost it, but is now getting shape into the right-hander, then it’s likely because his wrist has got behind the left-side of the ball, and he’s pushing it, ever so slightly, towards the pads and the leg-side. He may have developed a ‘sloppy wrist’, so he needs to work on his wrist position, getting it right behind the ball.

I had to train my wrist to get back that away-shape. Callum needs to do the same, focusing on keeping his wrist really still, putting more pressure on the index finger of his bowling hand, and ever so slightly tilting the seam to first slip.

The position of your thumb is so important. I found when bowling in-swingers, I’d keep my thumb flat on the seam, because automatically when you’ve got a ball, it cocks your wrist towards fine-leg, just on the wrist position. But if you rest your thumb on its side against the ball, and you can manoeuvre it around the outer edge of the seam, that alters the angle of the seam a little bit and helps to tilt your fingers and hands towards the slip region. My old coach at Surrey, Geoff Arnold, was a great seam bowler, and he sometimes encouraged us to not even put our thumb on the seam at all, but on the side of it instead.

Use the crease. When you’re looking to bowl an away-swinger you’re probably going quite wide on the return crease and looking to bowl in that corridor on or around off stump. The danger is that we bowlers get greedy, and we try and hit the stumps from that angle and the ball goes down the leg-side. Don’t force it, it will happen naturally, often when you least expect it. Keep your discipline.

James Anderson is the master of using the crease. Watch how he does it. It’s subtle differences, but it shifts the angle a little and plays with the batter’s mind. Some of it is about creating the illusion of swing. The ball could even be going gun-barrel straight but because you’re using the crease it creates a new angle for the batter to think about.

DRILL IT!
A tape-ball is a good training tool. Tape up one side of a tennis ball – or you can even purchase a Swinga ball – and stand 10 yards away from a partner. Then put your left hand around your right wrist so it locks your wrist in position, and then practise flicking the ball out towards your partner to see if the ball can go down straight. Gravity will be imparted on the heavy taped-up side of the ball to pull it in that direction – on the left side for an away-swinger, and the opposite for an in-swinger. Keep training the brain to get that feel. You’re looking for the right seam presentation. Then take a few more steps back until you’re in a position to start bowling properly. 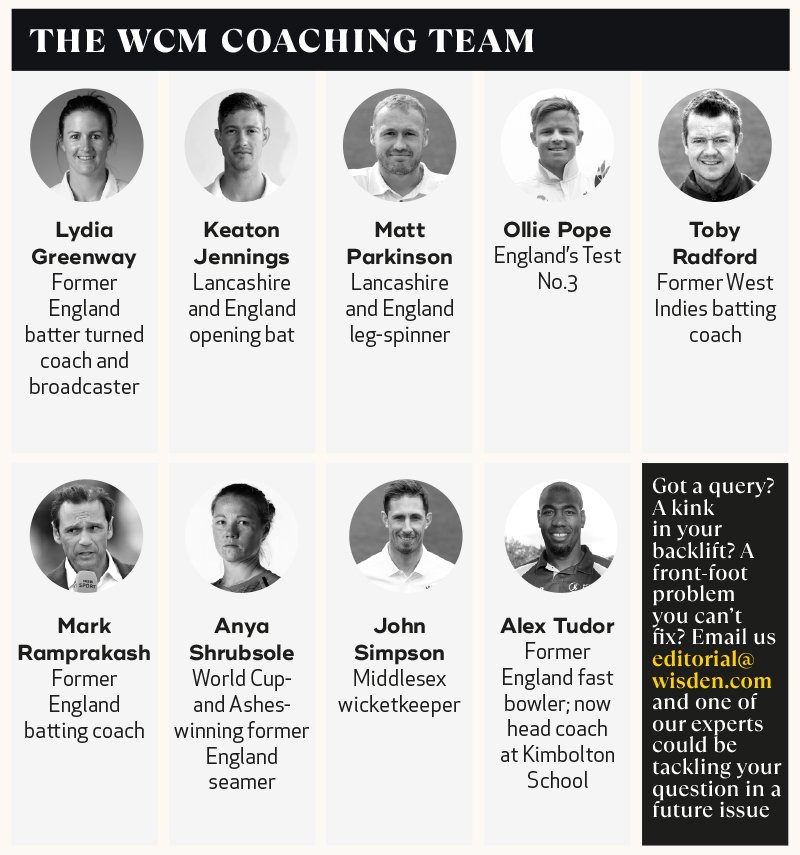