Rated by Adam Gilchrist as the “best in the world”, Sarah Taylor holds the record for stumpings in women’s limited-overs cricket. Here, England’s brilliant wicketkeeper and stumping specialist shares her secrets on standing out behind the sticks.

You want to be in a very solid and strong position so that it doesn’t matter how quick the bowler is, but also in a strong position to get back to the stumps. It’s effectively a squat, on your toes, leaning forward with your hands on the floor – that’s the best position to be in whether it’s fielding or keeping, just to be able to withstand the ball coming at you whatever speed, and then to be able to get it back to the stumps. 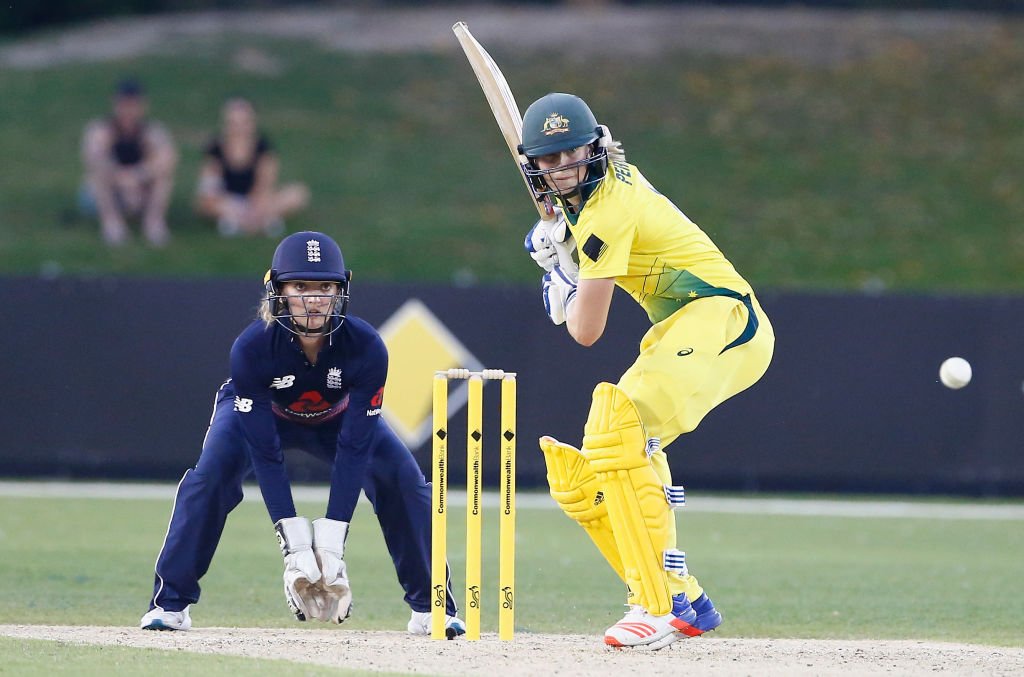 I always try and stay down as long as I can because you never know  what the bounce is going to do. You don’t want to assume that it’s going  to come at a nice height every time because sometimes it does roll along the floor. You want to stay down as long as possible, especially before the bounce; the bounce will basically tell you everything, and then you’ll go from there. You follow the line with your head and your hands, and then as soon as it bounces you come up with it.

I’m not one to set off sideways. Crabbing has never really been for me. I might deliberately overdo it a bit at the start to get my legs moving but I’ll always try if I can to get my head in line with it. It doesn’t matter where my body is, but I’ll get my head in line, fingers pointing down. I used to always try and catch it in the middle of my body, but I have started to catch it slightly on my left leg if I’m keeping to a right hander so that my movement’s already going in the right direction. 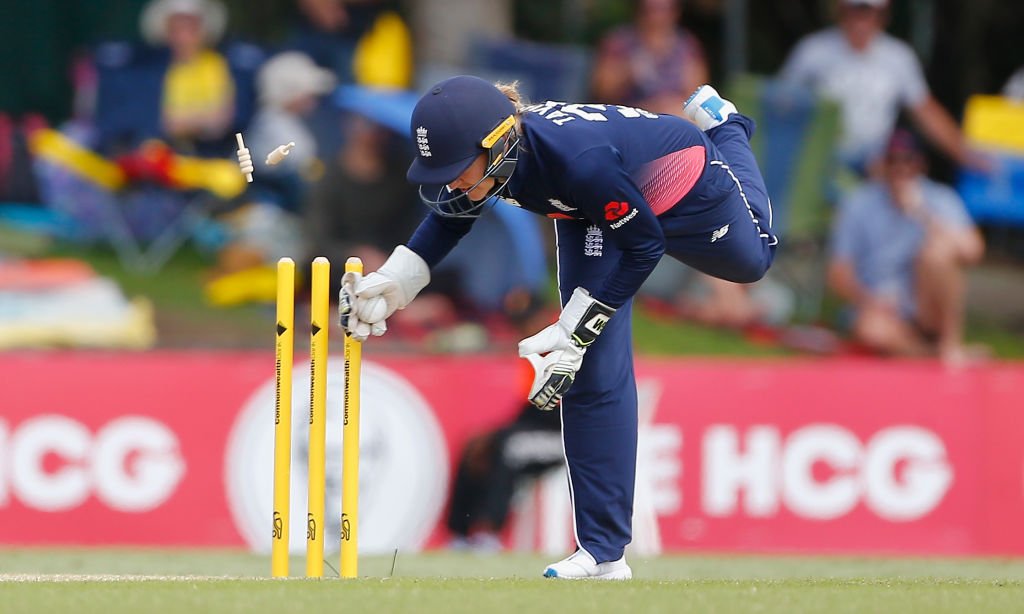 Stand up to make a difference

You’ve got to be more adventurous now and stand up to quicker bowling. You used to be able to get away with it – you’d get maybe one or two keepers doing it a few years ago. Now if you’re not good standing up you’re probably not going to be in the team.

Anya has had a lot of lbws or people caught at square-leg because I’m standing up. It stops the batsman doing what they want to do

If you look at someone like Anya Shrubsole who attacks the stumps, most people will stand out of their crease to try and negate the lbw because of the swing. As a batter you want to come out of the crease and meet it on the full, but by me standing up they are caught on the crease, they’re not going anywhere. They are hitting the swing when it’s swinging the most. She’s had a lot of lbws or people caught at square-leg because I’m standing up. It stops the batsman doing what they want to do.

You’re always trying to be loud, almost louder than you need to be, just to create that atmosphere around them. They know that once they miss it you’ve got it. You always say to the batsman just by being there that they can’t make a mistake otherwise they’re gone.

You should be thinking all the time. ‘Is the pitch doing something? Is the ball swinging? Do we need to bounce it in? Do we need to throw it in on the full?’ All of that should come into it. You don’t get to switch off, and by the end of the innings you should probably be about as drained as the captain is. 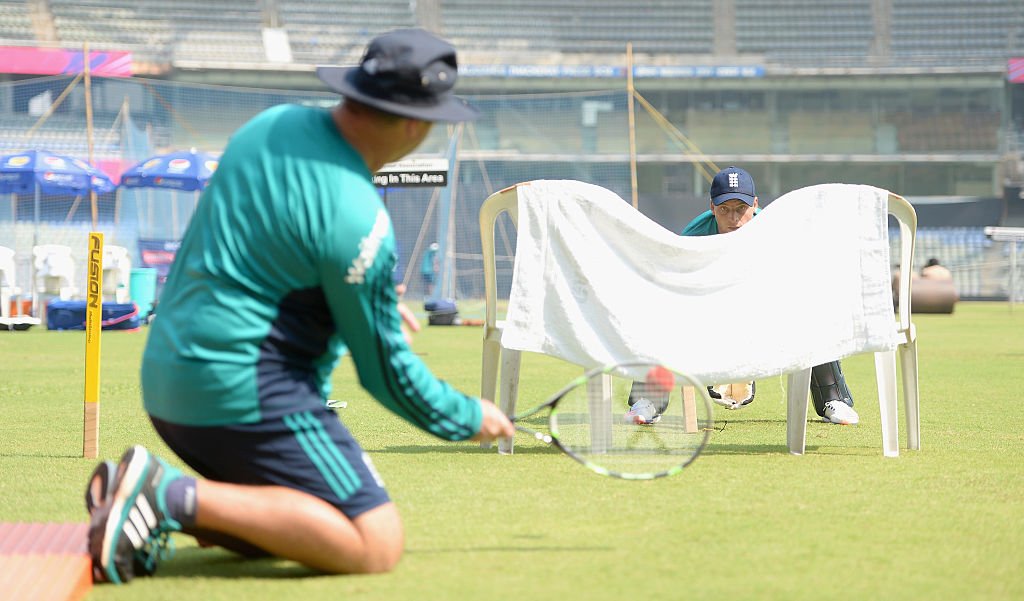 I do a lot of tennis-ball drills because they find your faults. If you’re slightly off-target or your hands are slightly where they shouldn’t be, you won’t catch a tennis ball because it’s bouncier than a cricket ball.

You can put a big cricket bag in the way, or you can put some pads on three or four of those tall poles that  the bowlers use to run through, and position them where the batsman would stand. Alternatively you can put some of those polystyrene stumps on a good length. Put five or six things in the way outside off stump and just make your life a living hell!