Cricket Captain 2020 is here, and it will immediately provoke a warm feeling of familiarity among fans of the longstanding series. The same sleek interface remains, with the same options for setting a target line and length for your bowlers, and the aggression of your batsmen.

The first notable change to mention is that weather now plays a more important role than in previous editions. Now you can manage your favourite side not only to victory in glorious sunshine, but to crushing defeat as the storm clouds come rolling in. With the Duckworth- Lewis-Stern method featured in the game for the first time, an understanding of how quickly your batsmen are trying to score is more crucial than ever. As such, arguably last year’s most helpful addition – an indicator showing each batsman’s ‘target runs per over’ – has gone from being extremely useful to virtually indispensable. 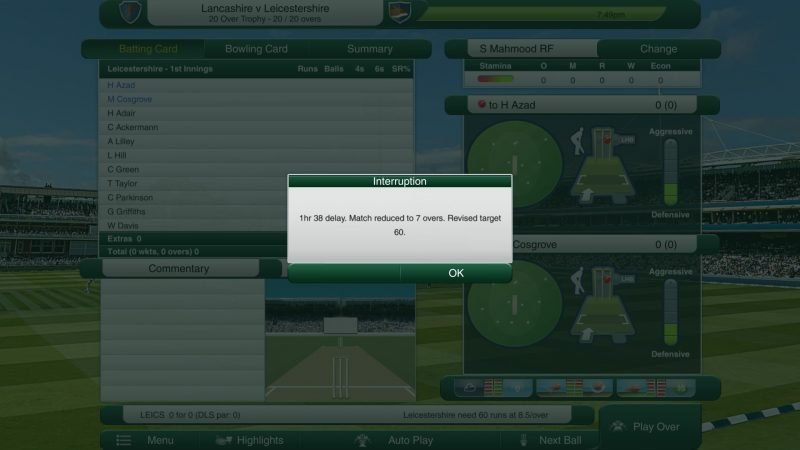 And it’s not just white-ball fixtures which have received a weather update. While managing Somerset, my team were pushing for a final-day victory over Hampshire to make it four wins in four and extend their lead at the top of the table, searching for that elusive County Championship title. However, after three days of sunshine, a freak rain shower wiped out almost the entire second session of day four, leaving Hampshire with a slender lead and two wickets intact heading into the final session.

Thankfully, the rain relented and my team were able to mop up the tail and knock off the 85 runs needed for victory. Another significant development is the introduction of the 100-ball competition, for which you can pick a team to coach alongside your county side. 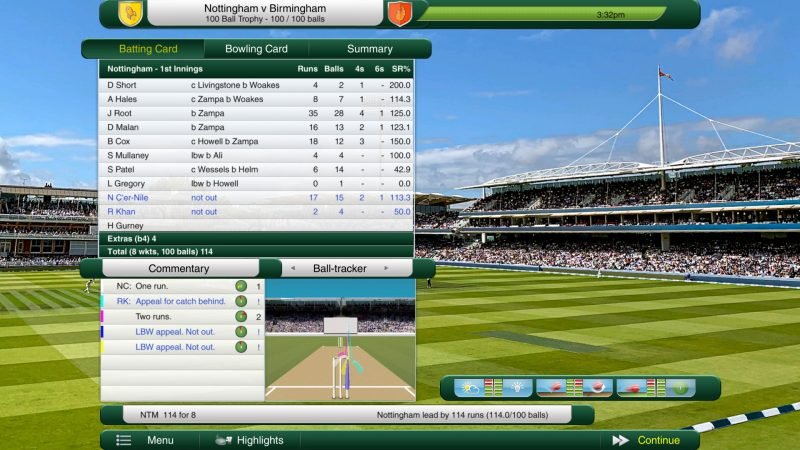 The fact that bowlers are able to deliver back-to-back overs allows for significantly increased flexibility in team selection. While coaching Nottingham I used the option to maximise Harry Gurney’s death-bowling skills (or ‘defensive one-day bowling’ as it’s referred to in the in-game management options). By saving Gurney’s overs for the end of the innings, I could use him to bowl 20 of the final 25 balls, allowing me to pick a batting all-rounder instead of another death bowler.

Another new feature is the option to switch between domestic competitions come the end of the season – ideal for those who want to prove themselves in a lower-profile environment before making the step up to managing an English county team or Australian state side. Or you might simply be looking for a fresh challenge at the end of the campaign without going back to square one. 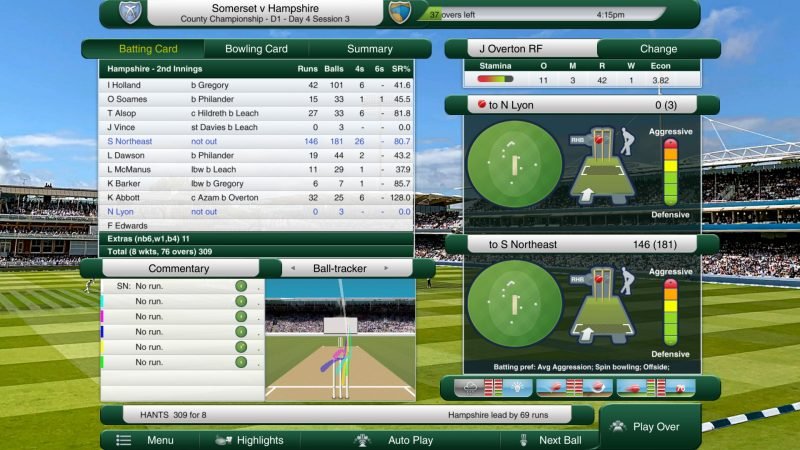 Review: Not a bad knock from Sam Northeast

Cricket Captain may not have the scope or sheen of Football Manager, and the slightly dated graphics and occasionally jerky shot animation is a reminder of that, but established followers of the series won’t be disappointed.

More than 20 years since the game’s inception, it remains unique in the cricket market, and continues to feel utterly believable. I found myself completely absorbed in managing my team – whether it be Somerset, England or Manchester – to the point of looking down at my phone to discover that several hours had passed in what I thought had been a 40-minute session. As cricket fans, I think we can all relate to that.