In the latest instalment of the Wisden Cricket Monthly club cricket series, Scott Oliver profiles Ian Cockbain, a Merseyside legend who had a taste for Test attacks.

When you’ve won 39 trophies in a 22-season stint as club captain – including 10 league titles, 14 league knockouts (11 of those in 13 years) and five county cups – it seems reasonable you would be the VIP asked to open its new indoor cricket school. Such was the honour Bootle CC bestowed on the 50-year-old Ian Cockbain in 2008, his final season for the club; not that he romanticises the place he found when debuting 36 years earlier. “It was horrendous. There was never any hot water in the showers, your feet used to stick to the carpet in the bar and the toilets didn’t always work. The outfield was uneven, the wicket was awful, and the practice facilities were hopeless.”

Still, ‘Coey’ stuck around long enough to amass 29,979 runs for the club – 18,772 in the Liverpool and District Cricket Competition (LDCC) top flight, to which he added 839 for Formby when un-retiring for three years, aged 56 – while his slow left-arm chipped in 846 wickets, all this after a five-year spell on the Lancashire CCC staff.

"Mushtaq looked at me, and I just grinned. He obviously thought I could pick him. But I couldnt. He didn’t bowl me another wrong’un for the rest of the innings!"

Released by Lancs in 1983 aged 25, because he “was a bit tentative against the quickies”, the thwarted professional ambitions were channelled into relentless run-making elsewhere. In 1984 he became the first man for 20 years to reach four figures in the LDCC (which he thrice repeated), and his first 10 post-pro seasons yielded 8,745 league runs at 47, with 64 half-centuries and 11 tons.

There was also a glittering Minor Counties career with Cheshire, who he led to MCCA knockout success at Lord’s in 1996 and a share of the championship in 2001, the last of his 11 years at the helm, all while making 8,575 championship runs at 41. But the undoubted highlight came in 1988 at Chester, with a one-wicket NatWest Trophy victory over Northamptonshire, two-time Lord’s finalists the previous year, one of only 10 such giant-killings in 41 seasons.

Coey was also an affable and popular captain of the Minor Counties XI between 1993 and 1997, winning the Player of the Match award in a narrow B&H Cup loss against Notts in 1994, while contributing 65 not out to a shock win over Leicestershire the following year. He went even better against the international tourists, skippering Minor Counties to a famous win over the ’95 West Indians at Reading and, all in, scoring 408 runs at over 50 against Test opposition. 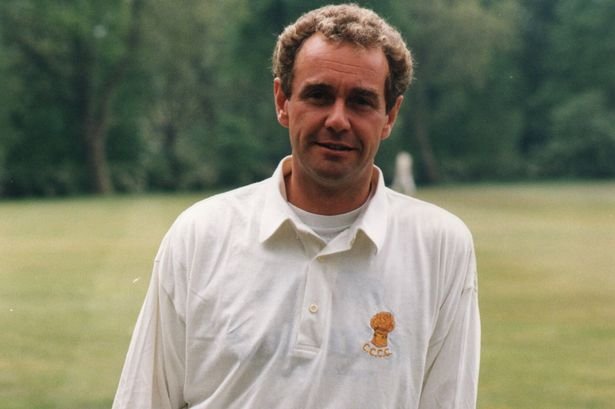 If he wasn’t comfortable against extreme pace, he was certainly adept against spin, and in 1993, five weeks after the ‘Ball of the Century’, he took a measured 70 from Warne and the Aussies. However, his finest hour came the year before, in a two-dayer against the World Cup-winning Pakistanis, Waqar Younis et al. Cockbain scored 45 not out as Minor Counties declared 51 in arrears, eventually being set 250 in 46 overs on a pitch that was “turning square with trampoline bounce”.

Coming in at No.5 after a flying start, he negotiated the wiles of Mushtaq Ahmed, who took 6-43, by pulling a dragged-down googly for four. “He looked at me, long and hard, and I just grinned. He obviously thought, ‘Oh s***, he can pick me’. But I couldn’t. I only smiled because he’d dragged it down. He didn’t bowl me another wrong ’un for the rest of the innings!”

At 196-7 the game looked up, yet Cockbain marshalled stands of 16 and 26 (to which his partners contributed 0 and 2) and they began the final over nine down, needing 12, Coey unbeaten on 75. “First ball I skipped down the wicket and hit [Aamer] Sohail over extra cover for a one-bounce four. Then I had a big whoosh and could have been stumped. I remember thinking: ‘Come on, don’t be stupid. Don’t over-hit’.”

A swept six “put the willies up them”, but two dots left two required from one… at which point Cockbain “ran down again and hit him over the top for four, and I don’t think I stopped running for 20 minutes!”